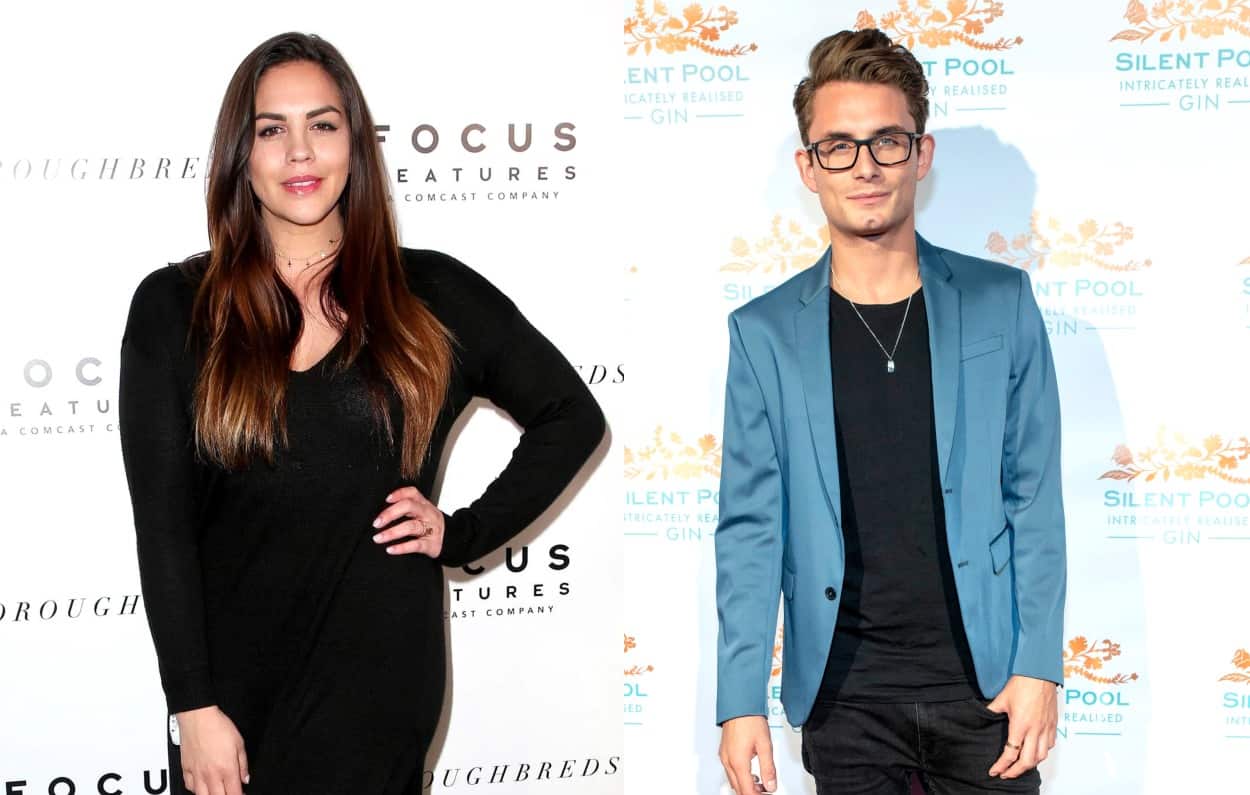 Katie Maloney is fighting back on Twitter after being labeled hypocritical for her treatment of James Kennedy.

Following a scene from Vanderpump Rules in which Katie was seen demanding James be fired by their boss, Lisa Vanderpump, after he body-shamed her at SUR Restaurant, she was called out for her past behavior towards Lala Kent. In turn, Katie defended herself, insisting she’s become a much better person since labeling Lala a “gold digger” and a “wh**e.”

“I know the truth, say what you want… #abuse #consent,” she tweeted days ago, hours after James was seen getting fired on the latest episode of Vanderpump Rules.

After her post was shared, a number of Twitter users reminded Katie of the things she once said to Lala in regard to her relationship with now-fiance Randall Emmett, which began when the movie producer was still legally married to ex-wife Ambyr Childers.

“Y’all I’m flipped around idk who’s side to be on this season ??? I feel for Katie because derogatory comments should not be tolerated at any establishment, but I mean KATIE LOOK IN THE MIRROR GIRL YOU HARASSED LALA FOR AN ENTIRE SEASON,” one fan wrote.

In response, Katie said that while she did mistreat Lala years ago, she apologized for her behavior and learned from her mistakes.

“Exactly. I atoned. I was a hateful self loathing individual. I wasn’t happy,” she explained. “I apologized and I grew from that experience. That was nearly 3 years ago babe, move on.”

Another Twitter user slammed Katie for using the term “abuse” by labeling her “disrespectful” and “ignorant” and calling for a boycott of Vanderpump Rules.

At that point, Katie appeared to suggest that she was standing up for someone who may have been abused and is scared to come forward. It’s unknown how this possibly involves James.

FIND OUT IF JAMES IS BACK WORKING AT SUR AFTER BEING FIRED!

“Maybe I am standing up for those abused who are scared to come forward.. all I can say is there is much more going on here,” she said, seemingly of the tension between herself and James. 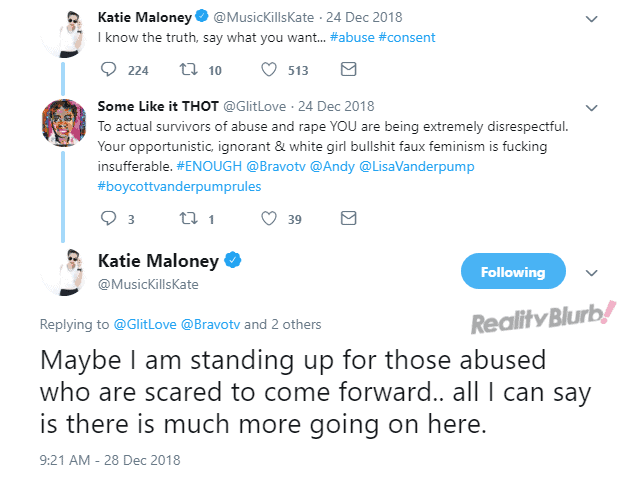 TELL US – DO YOU THINK KATIE IS A HYPOCRITE FOR ASKING FOR JAMES TO BE FIRED?