Along with a series of video clips of Jacqueline Georgiou speaking to Lisa about her decision to terminate James’ employment at SUR Restaurant, Lala questioned Jacqueline’s parenting.

“Is this for real? Did this woman actually raise someone?” she asked on one of her Instagram Stories on January 8. 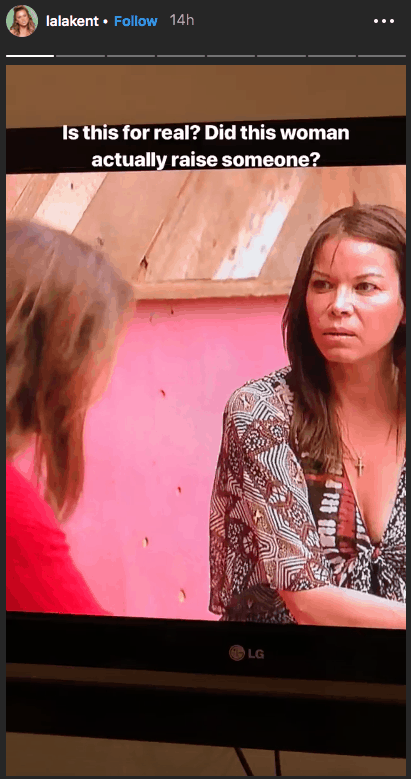 During Lisa and Jacqueline’s conversation, Jacqueline begged Lisa to give James his Tuesday night DJing gig back and suggested he’d only acted disrespectfully towards the women of SUR Restaurant because he was provoked. She then told Lisa that she’s long been a mother figure to James.

As Vanderpump Rules fans may know, Jacqueline has struggled with addiction in the past but said she was nine months sober at the time the scene was filmed. As for James, he seems to be a different person when he drinks and has often been seen lashing out with inappropriate comments towards women while drunk.

“Lisa, if you take everything away from him, that scares me,” Jacqueline told Lisa during their meeting. “It’s a lot at once.”

Although Lisa was quite emotional as Jacqueline begged her to take James back, Lisa made it clear that she could not allow James to return to the restaurant after the way he spoke to some of the girls.

“I need you to be strong for your son,” Lisa advised.

“And Jax?! He is just a sad man after his daddy died,” James wrote in a now-deleted tweet. “Coming for me cause I’m the only man he don’t like-brother make people with your dead father please so you can be set free that’s goes Lala also. Btw he made fun of George when he left.”

“Hey I’m sorry for what I said about Jax and Lala and I apologize deeply to them and anyone I offended,” he said. “I hope you guys also stop provoking me, thank you and I wish everyone a happy new year.”

Hey I’m sorry for what I said about Jax and Lala and I apologize deeply to them and anyone I offended. I hope you guys also stop provoking me, thank you and I wish everyone a happy new year.

TELL US – DID LALA GO TOO FAR WITH HER COMMENT?