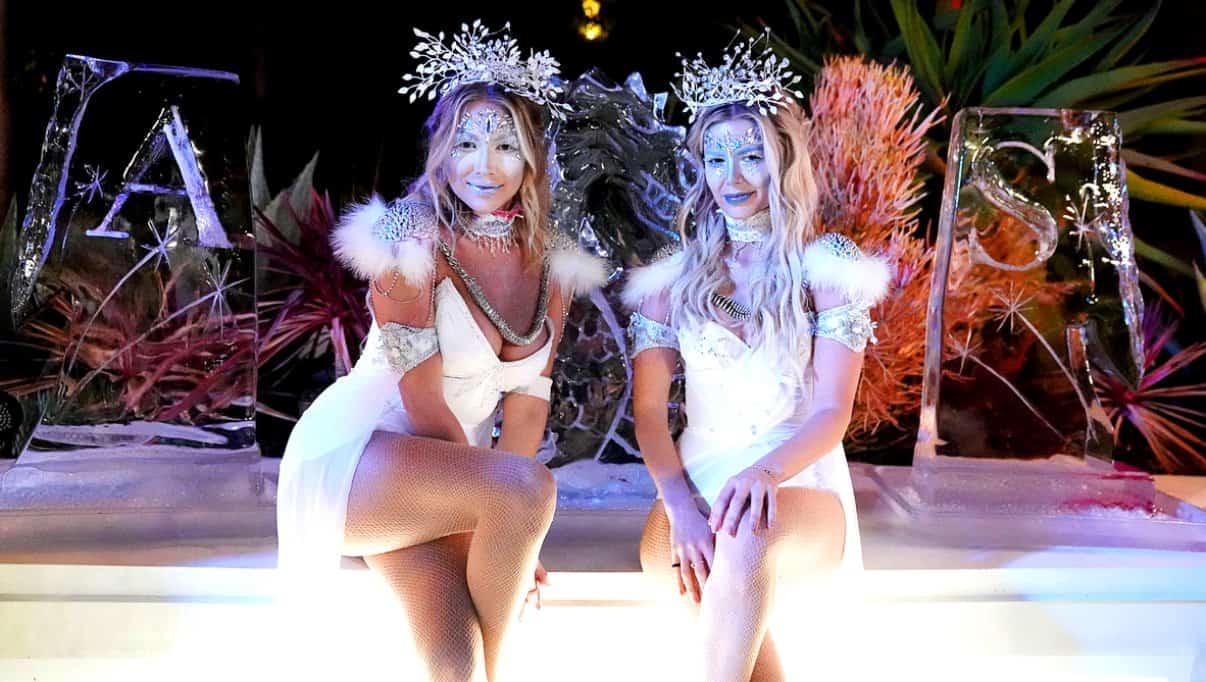 On this episode of Vanderpump Rules, it’s the birthday party of all birthday parties. That translates to costumes, drinking, drama, and fights.

Over at Vanderpump Dogs, LVP’s shelter and store, the gang rallies around their fearless leader, Lisa, to shoot a campaign against Yulin. It’s a great excuse to fight against this horrific festival, but also an excellent opportunity for all the haters to share their excitement about the recent firing of James.

Ariana and Stassi, the birthday “queens,” discuss the stress of their upcoming birthday, but also the stress of the whole James’ situation. Speaking of James, LVP pulls James aside during the campaign shoot and lets him know that she is going to be meeting up with his mother. What is this, grade school? James promises to “work this out and change” for the zillionth time, and he is excused from Lisa. That just leaves him open to talk to Ariana and Stassi about their impending birthday party. Ariana breaks the news to James that he is dis-invited to the joint party and James is devastated to find out that Ariana is a follower.

Later, LaLa and Brittany get together to get a ‘wait for it’ booty smoothie and according to LaLa, “The booty smoothie is one of my most favorite things.” It’s essentially a facial, for the butt, so it’s completelllyyy necessary. LaLa takes this time to tell Brittany that Sandoval and Ariana have been talking smack about Brittany and Jax’s engagement. Naturally, Brittany is sad to hear this information, but you know she is gonna let Jax know about this ASAP.

Stassi and her new boo, Beau, are still going strong and are madly in love. Stassi shares that she is excited about turning 30, as she has a great relationship and great friends and so, she’s essentially set. Another lady desperately seeking love, Scheana, is awkwardly flirting and over the top in her sexual innuendos, despite the fact that “Adam doesn’t give me sex.” She is legit throwing herself at Adam as he puts together her new daybed in her new apartment. I hope Adam is ready to be engaged tomorrow because that’s what Scheana is expecting.

At the TomTom site, LVP is working hard when Jacqueline, James’s mother, rolls up. The ladies take a seat and chat about James. LVP shares that James has been unbelievably disrespectful to women and his mom defends him because “people provoke him, and he’s 26 years old.” His mom demands to know what sets James off, but Lisa shuts that down. Jacqueline begs Lisa to give James back his Tuesday night DJ gig and tells Lisa “you can’t take away his Tuesday.” But alas, Jacquie, she can!

To prepare for the winter wonderland soirée, the witches of WeHo shop around the Christmas store looking for the perfect décor. Katie and Kristen talk about how mature Stassi is going to be when she’s 30, but the foreshadowing is obvious: Stassi is definitely heading toward a bday party meltdown.

Sandoval and Schwartzie head over to Lisa’s home. Lisa sends Schwartzie to try on some TomTom attire, so she can discuss James with Sandoval, as Sandoval is a bit of a role model for James. My eyes are rolling so hard… Lisa tells Sandoval that she’s not going to “desert” James and so it begins again.

“This party has been a real group effort.” As Stassi and Ariana sit around and get beautified for their birthday party, their followers are sweating, lugging, and working their butts off to get the party ready. Right before Brittany heads off for makeup, she decides NOW would be the best time to inform Jax that Sandoval has been questioning Jax’s engagement and motives. Brittany suggests that Jax just “talk to Tom,” but when alcohol gets involved, it could get ugly.

(In the meantime, James gets a surprise guest: Lisa Vanderpump. WHAT. LVP shares that she is just popping in and informs him that after speaking with his mother, she is not going to give up on James.) AWW!!

As the guests roll up to the big event, I am concerned, baffled, and appalled by 99.999% of these costumes. I’m also embarrassed by Stassi and Ariana’s grand entrance, but I am happy to see that they are close enough to take “butt shots” together. Scheana is the only one who is annoyed by this friendship, but that’s cuz it’s jealousy.

In walks Raquel, James’s girlfriend, sans James. Super weird, considering that her boyfriend was dis-invited. Another super weird event is when Jax pulls Sandoval aside to beef about Sandoval’s sh*t talking. Sandoval tries to explain that his “concern was when the dust settles” after his father’s passing, is getting engaged to Brittany really the right move? Sandoval apologizes, but I doubt he believes anything that comes out of Jax’s mouth, because who really does?

Somehow Raquel gets surrounded by the witches of WeHo andddd Ariana. The attack ensues. Kristen butts in, obviously, and they all gang up on Raquel, well because James isn’t there. Stassi drunkenly tells Raquel that she “deserves so much more” than James, but Raquel doesn’t wanna hear it. It gets shut down before it spirals out of control, but something else starts spiraling at 1:50 am. And that something is Stassi. She begins legitimately freaking out on Beau because he is at her party and not checking his phone every 16 seconds…? Stassi claims she doesn’t like to be “left” and slams her phone down, causing the screen to shatter. Seems like 30-year-old behavior to me. Remember when she said she wasn’t going to have a birthday meltdown?! HA!