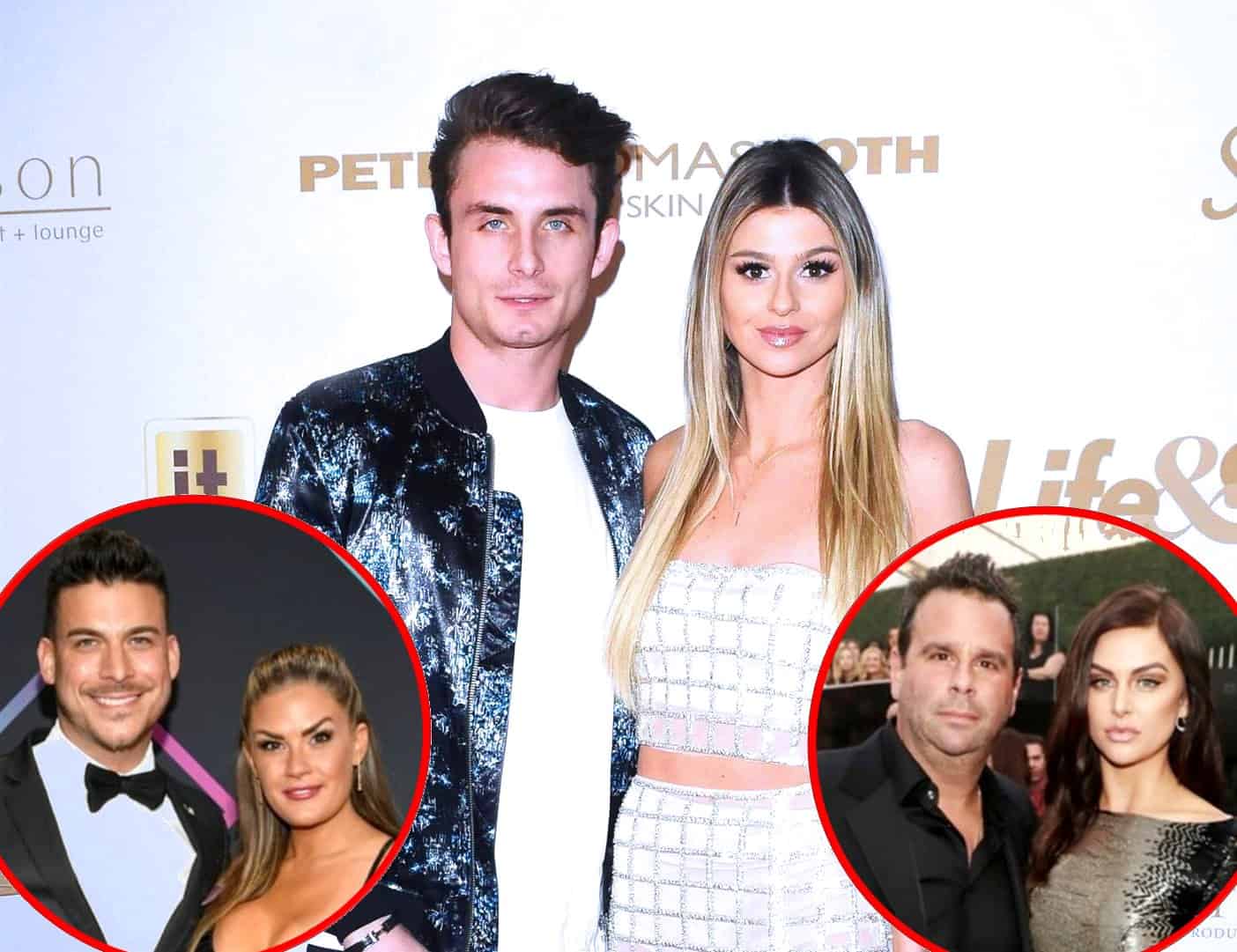 James Kennedy is known for stirring the pot on Vanderpump Rules but could he settle his differences with his co-stars ahead of their upcoming weddings?

During last night’s episode of Watch What Happens Live, James was asked if it was more likely that he’d be invited to Jax Taylor and Brittany Cartwright‘s wedding, which is set to take place this summer, or the wedding of Lala Kent and Randall Emmett, which is expected to happen sometime in 2020.

But Andy Cohen wasn’t so sure and pointed out that he and Lala were once quite close.

“I think that you are more likely to be invited to Lala’s because I feel like you had a real friendship at one time,” he speculated.

“I think I’m more likely for Jax’s. Yeah,” James argued. “Me and Jax always bounce back somehow, you know what I mean?”

Following James’ comments on WWHL, Kristen took to Twitter to throw some major shade, while also dashing his hopes of ever attending Jax’s wedding in the process.

In the past, both Jax and Lala have spoken out against James and his ongoing bad behavior, which recently included mean comments about their deceased fathers.

Just months ago, Jax opened up about an incident at SUR Restaurant in which James rapped about his past affair with Faith Stowers as his fiancée looked on.

“That’s pretty much what he does,” Jax told Us Weekly in December. “That’s his MO. He needs to bring up things that happened years ago because there’s nothing for him to talk about. He doesn’t really have much going on in his life. There’s nothing there. There’s no substance to him. It gets to the point where it’s like, ‘What else do you got, man?’ You’ve got nothing else anymore. We don’t really talk to him much anymore.”