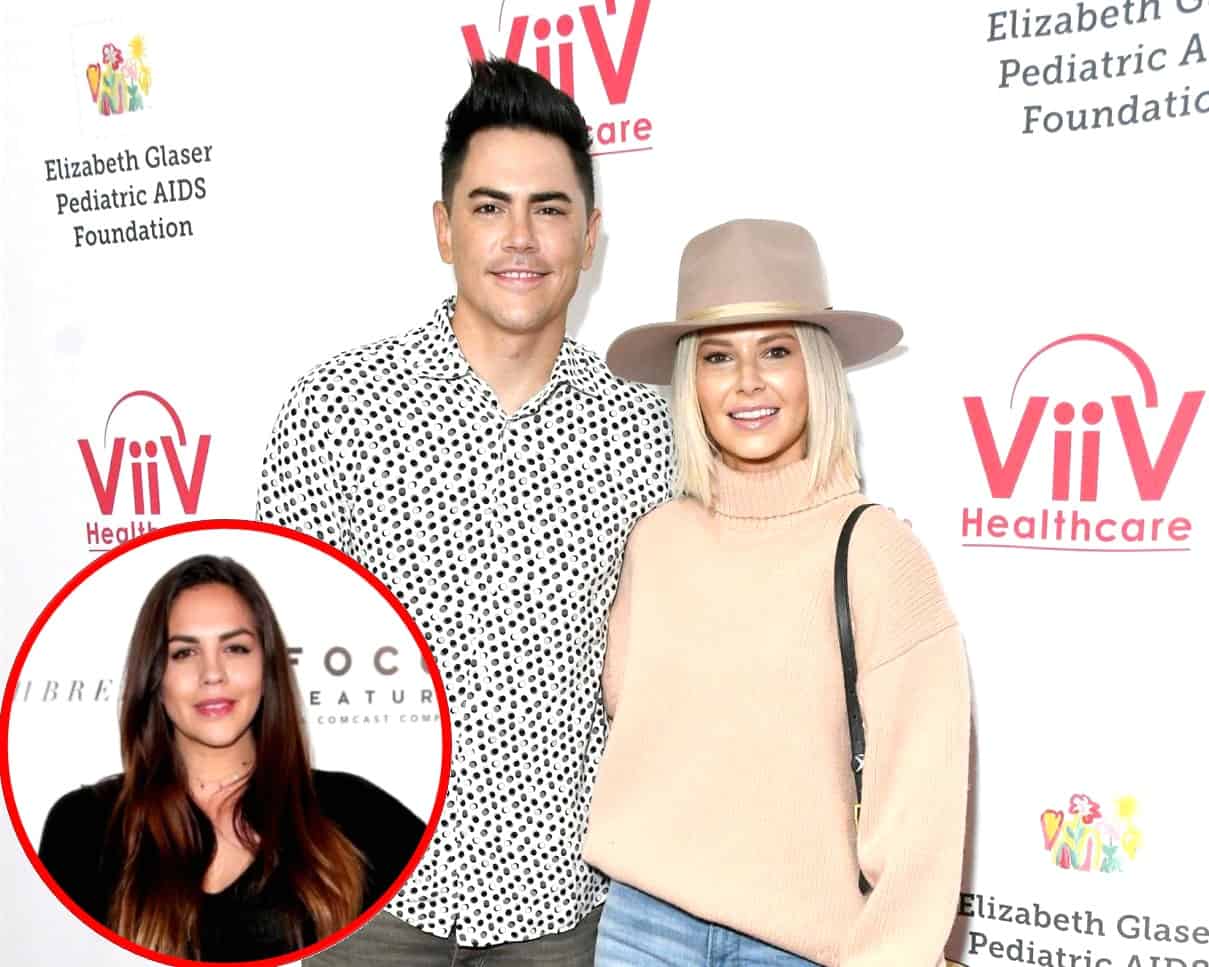 In addition to 200 pages of photos and cocktail recipes, Tom and Ariana revealed a number of behind-the-scenes secrets of the Bravo TV reality show as they poked fun at Katie Maloney and her infamous rage texts and explained the inspiration behind a number of their Vanderpump Rules co-stars’ cocktails.

While fans of Pump Rules have seen a number of milestone moments on the show, including the wedding of Katie and her husband, Tom Schwartz, and the engagement party of Jax Taylor and Brittany Cartwright, Tom and Ariana revealed in their book that throwing major events isn’t always easy for producers because they can’t use just any music in the background of their scenes.

“Because of music rights, we either have to turn off the music or film in other locations for portions of the receptions. This happens on vacations, too. Producers will sometimes take over the DJ booths when we’re at clubs with loud music,” they explained via Us Weekly.

Throughout their new book, Tom and Ariana had their Pump Rules co-stars in mind as they named several of their drinks after the likes of Jax, James Kennedy, Lala Kent, and Kristen Doute.

“[Jax and I] met years ago in Miami when we were struggling models. … Neither of us had any money, so we would stay whenever we could. There was one point where Jax and I even shared a twin bed,” Tom recalled as he described the inspiration behind the Gentlemen’s Curse.

“Vintage Jax would bring home and hook up with random girls. There was only a bed-sheet separating us from them. We would hear a plethora of things told to these girls,” Tom continued. “I call this drink the Gentlemen’s Curse because Vintage Jax would say gentleman-like things to these girls, but would be cursed by the worlds he could never live up to.”

In addition to encouraging readers against rage-texting, Tom and Ariana included a 2016 text from “Tequila Katie” herself.

“I’m tired of fighting and defending myself against y’all and my fiancé,” she wrote at the time. “Y’all are very much his friends and it’s hard to argue that. But I’m very upset and frustrated.”

As fans have seen on Pump Rules, Ariana and Stassi Schroeder didn’t always get along and in the book, Ariana admitted to finding Stassi “annoying” and said she felt that she was “playing a character.”

“[Stassi] wasn’t for me. She was basic. That is, until I really got to know her and realized we have more in common than I thought,” Ariana wrote. “Once we put our differences aside, [we] became friends. I needed to embrace the basicness in the same way she did. This drink is perfect for basics because of one very important feature: it photographs well for Instagram. Just be careful, because a few of those might bring out your inner Dark Passenger.”

While cast member James has been known to be on the outs with his co-stars, Tom and Ariana have always had a soft spot for him, and for his “not about the pasta” moment with Lala on season seven. As fans will recall, the comment made by James led some to believe that “pasta” was actually a reference to cocaine.

“If you are like me, someone who doesn’t like to put anything up your nose, but you want to be able to hang out with your friends and last, this drink is for you,” Tom wrote alongside a drink named I Don’t Do Coke. “It will give you the energy of ‘pasta,’ but won’t upset your stomach or give you the jitters like coffee or energy drinks.”