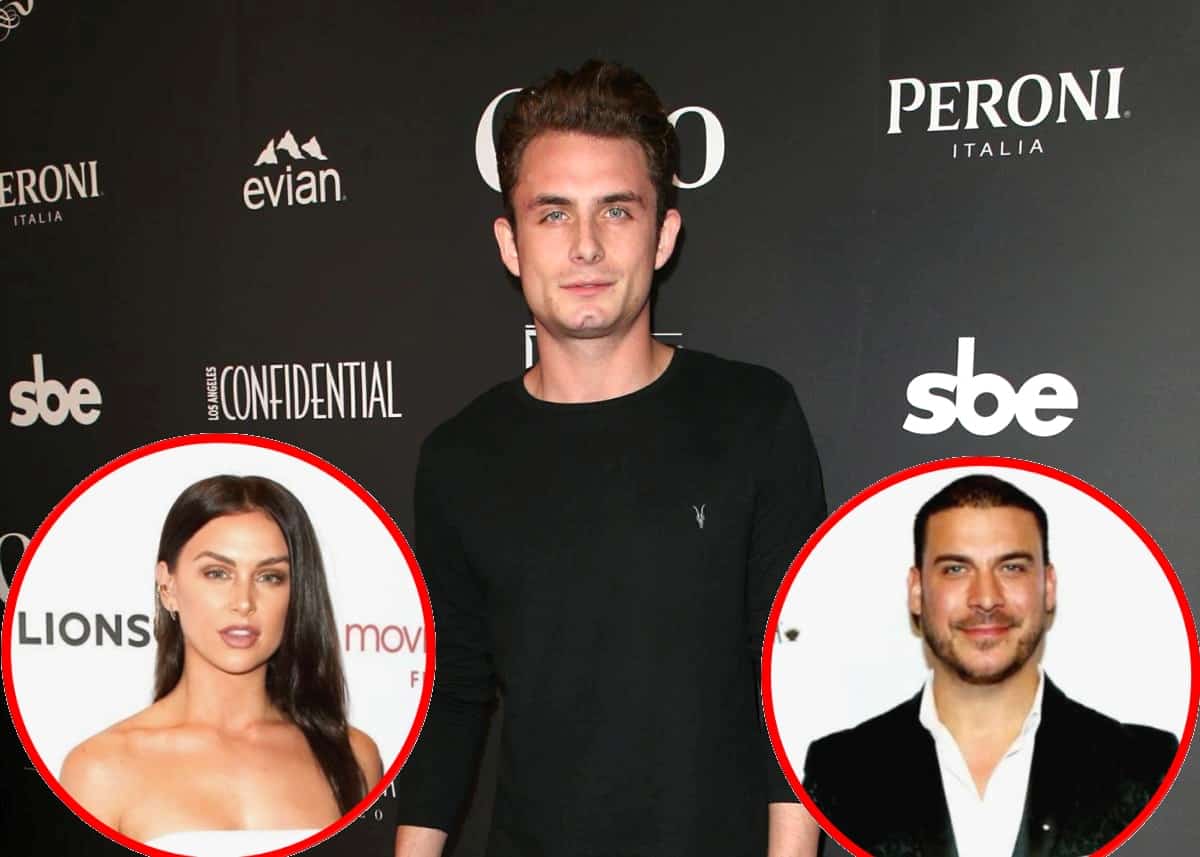 James Kennedy is newly sober, and when it comes to his relationships with his Vanderpump Rules costars, he appears to have turned over a new leaf.

After seemingly reconciling with Katie Maloney earlier this month, James opened up about his sobriety and revealed where he stands with a number of his fellow castmates, including Lala Kent. He also addressed Jax Taylor‘s feud with some of the cast members.

“I am 10 weeks [sober] this Friday,” James told Us Weekly at the #Vanderpupcation celebration at the Mondrian in Los Angeles on Wednesday. “It’s been really good. Everything’s beautiful. I’ve been focusing on my sobriety and it’s been going really well.”

In June, James shocked fans when he suddenly reconciled with Lala in the studio and revealed plans for new music. However, just days later, the two endured one of their many falling outs. It wasn’t until earlier this month when they reconciled again and debuted their new song “Ride With Me” at the Vanderpump Rules season eight finale party.

While they’ve had plenty of ups and downs over the years, James said he and Lala are “doing great” at the moment.

“We’re on great terms and we’re making music as well together again. So you’ll be hearing some of that soon. We’ve got a track called ‘Ride With Me,’ which is about just, like, ride or dies. How friends got one another’s back,” he shared.

As for his relationship with his girlfriend Raquel Leviss, who began working with SUR Restaurant this past spring, James said he and Raquel are doing “really good” but not feeling rushed when it comes to a future engagement.

“You know, everyone else is a lot older than us on the show. Way, way, way older,” James pointed out.

James then went on address the drama surrounding Jax Taylor, who recently blocked several of their costars, including Kristen Doute, Tom Sandoval, Ariana Madix, and Scheana Marie, on Instagram.

“I think Jax just blocks people on Instagram when he gets mad and he doesn’t care for the followers as much as some of the other influencers, if you will,” James said. “So he doesn’t mind blocking people because he just doesn’t really care about Instagram. I think.”