Home Vanderpump Rules Vanderpump Rules’ Lala Kent Throws Shade at James Kennedy by Discontinuing ‘James’ Lip Gloss as She Admits to Losing Herself, Plus See Photos From the Cast’s Girls Trip to Paris

Vanderpump Rules’ Lala Kent Throws Shade at James Kennedy by Discontinuing ‘James’ Lip Gloss as She Admits to Losing Herself, Plus See Photos From the Cast’s Girls Trip to Paris

by Lindsay Cronin May 10, 2019 81 comments
ShareTweetWhatsappPinterestRedditTumblrMailFlipboard 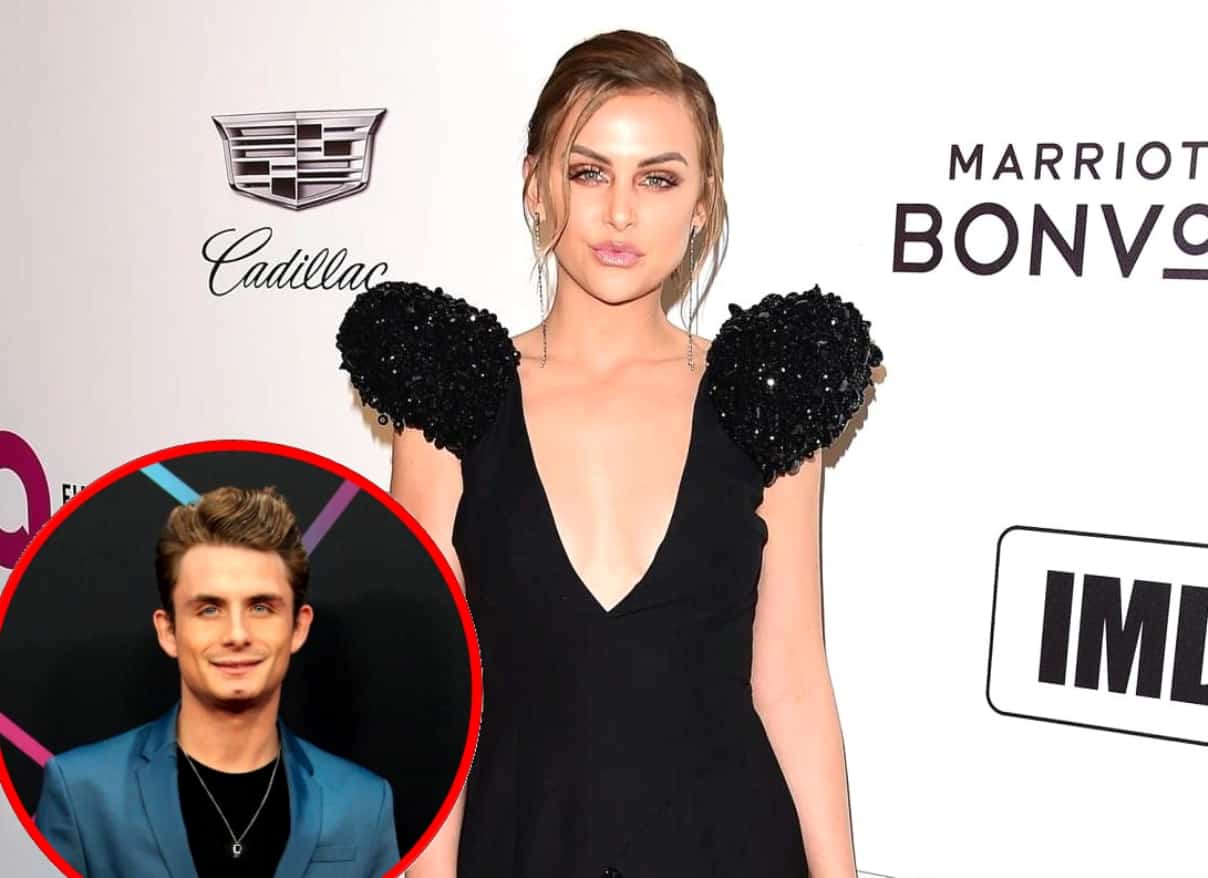 Lala Kent has discontinued her “James” lip gloss from her makeup line.

After enduring a massive falling out with James Kennedy on Vanderpump Rules, Lala took to her Instagram Stories on May 9 to shade her co-star by revealing that her company, Give Them Lala Beauty, has officially run out of “James” and will not be re-stocking the product.

In her first of two posts, Lala shared a photo of a collection of her lipglosses and encouraged her online fans to check out all the other great shades she has to offer.

“We are officially sold out of James. It will NOT be restocked,” she wrote. 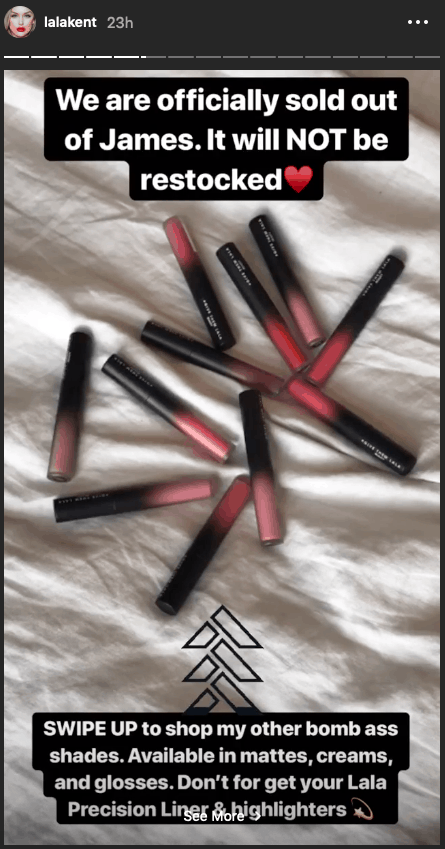 With a second post, which included a big red “X” over the name “James,” Lala encouraged her fans who already have James to “enjoy” it while it lasts. 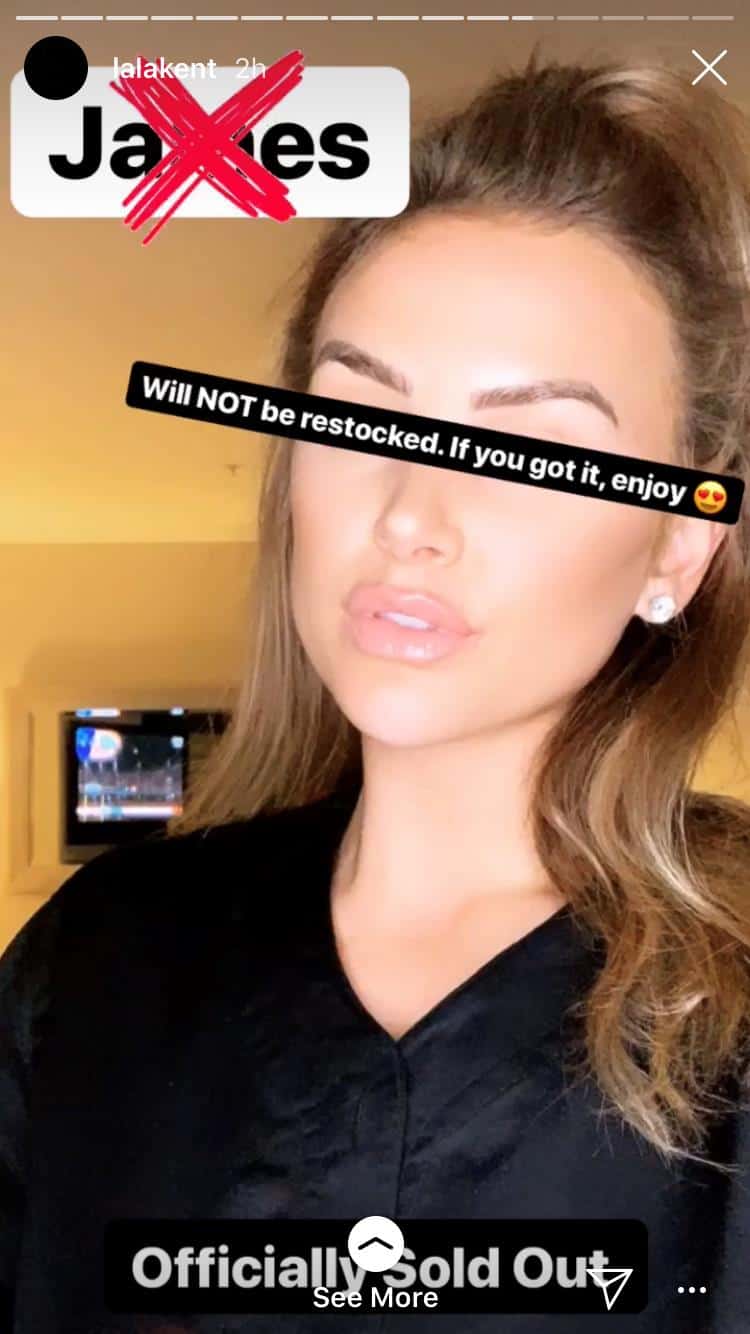 Also on Instagram this week, Lala admitted to allowing herself to get caught up in the criticism she often faces on social media, just weeks following her now infamous feud with rapper 50 Cent.

“This was a much needed vacation for me,” Lala began in the caption of a photo of herself with her Vanderpump Rules co-stars, Katie Maloney, Stassi Schroeder, and Brittany Cartwright, in Paris.

“Sometimes I notice myself getting caught up. I start caring about what people say about me, I get sensitive, can’t shake things off, and lose myself- Forgetting that my life is so precious and full of love,” she continued.

According to Lala, she has plenty to be thankful for and shouldn’t be dwelling on the negative aspects of her highly-publicized life.

“I have a fiancé who I adore, 2 little girls that rock my world, a family who is my foundation and core of who I am, a dad who continues to shed blessings on me from above, and friends (we are aware we didn’t always see eye to eye) that have been my support through the most monumental moments of my life. This is all too good,” she concluded.

Below are more photos from the ‘Girls Trip’ to Paris!

Don’t miss part two of the three-part Vanderpump Rules season seven reunion on Monday, May 13 at 9 p.m. on Bravo TV.