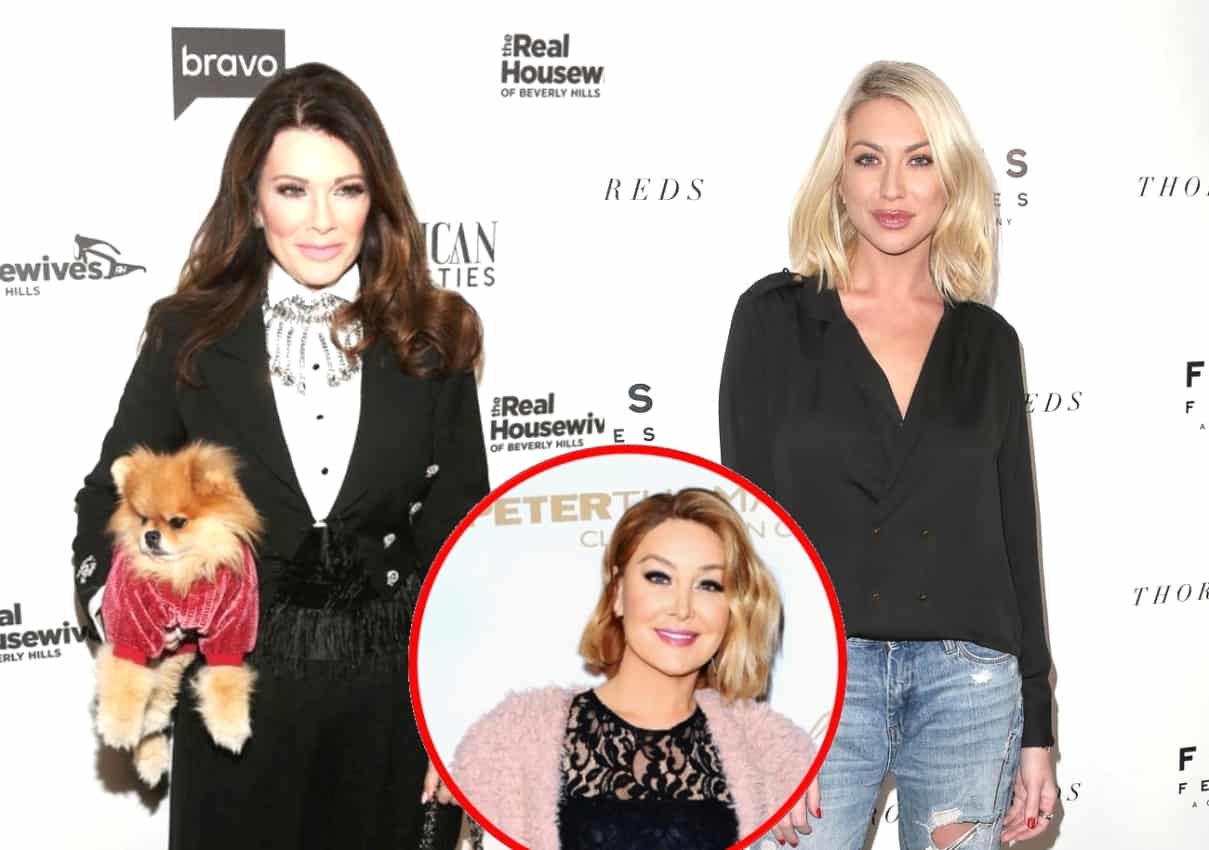 Several weeks into production on season eight, which will reportedly see the sudden exit of cast member Billie Lee, the former Real Housewives of Beverly Hills star said there would be “a lot of really strong dynamics of how things change” and how her co-stars have grown up.

“You see them advancing,” Lisa revealed to Us Weekly. “One step forward, two steps back. It’s a great season, as always it’s gonna be a long season because there’s a lot of content and complicated dynamics.”

Filming on season eight began earlier this summer and shortly thereafter, the cast, aside from James Kennedy and Raquel Leviss, traveled to Kentucky to attend the wedding of Jax Taylor and Brittany Cartwright.

Although Lisa didn’t initially believe she would be able to attend the ceremony, due to her mother’s tragic death days prior, but she was able to make the trip after the funeral was delayed.

“I wanted to go because Jax, he’s really, he’s kind of grown up with me and I don’t know if he’s ever grown up, but he’s grown up with me. You know, and I wanted to be there for them both,” she explained. “I love them. I love all the Vanderpump kids very much.”

Stassi also teased the new season after a report confirmed a SUR server named Dayna Kathan had been added to the cast.

“I think it’s interesting,” the Next Level Basic author revealed to Us Weekly. “I think every show needs a new fresh person or new fresh idea to keep it going, so it’s only good.”

“I never really know what truly to tease because you never know what’s going to be the most important and what’s going to happen,” Stassi continued. “I’m always just as excited as anyone else.”

As for Lisa’s reaction to Billie’s exit from Vanderpump Rules, she released a statement to Hollywood Life.

“It has been a pleasure getting to know and work with Billie Lee and I wish her only the best on her life journey as she continues to be a beacon of light for the LGBTQ community,” her statement read.

On Monday, Billie confirmed her exit from the show with a statement on her blog in which she admitted to experiencing suicidal thoughts due to the bullying she received from her co-stars, both on-screen and off.

“The bullying on and off camera brought my deep insecurities to the surface, this dark black mirror held up high for everyone in public to see and to judge,” she wrote. “The reflection of fear and anger led me back to depression and suicidal thoughts. I honestly thought I was finished with this type of bullying after high school and college but once again I found myself 34, depressed, and fantasizing about taking my own life.”