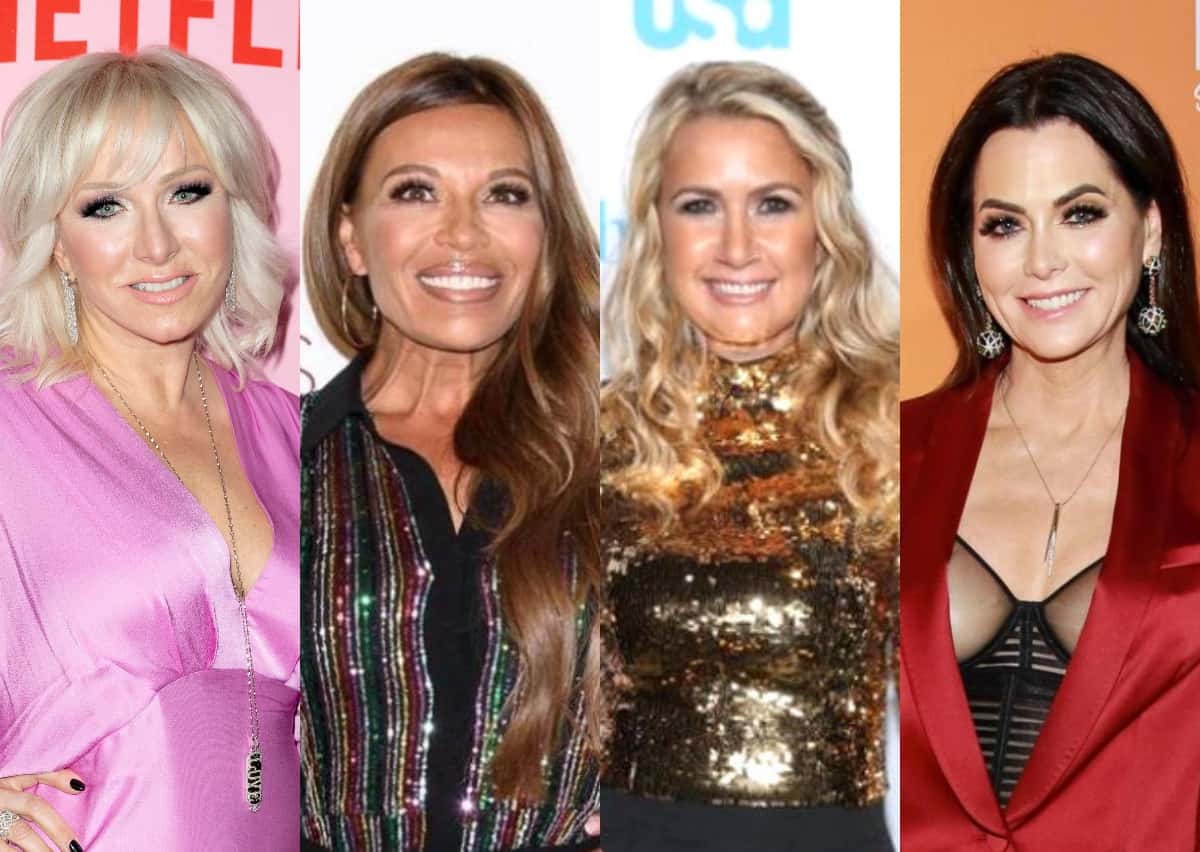 Margaret and Dolores reveal that they’re team D’Andra Simmons all the way when it comes to her beef with RHOD co-star Kary Brittingham.

In a recent interview, the duo admitted that they’ve “had some fun” watching the fifth season of their sister franchise together, and after discussing newcomer Dr. Tiffany Moon, they shared their thoughts on Kary’s behavior so far this season.

“I like this Tiffany Moon,” Margaret professed on the Everything Iconic podcast. “She stirs up [stuff], she’s funny, she’s very funny, and I enjoy her. I think they’re being a little hard on D’Andra. I don’t like Kary Brittingham. I don’t like what she’s doing to D’Andra. Being my honest self, right? We didn’t like the way Kary was treating D’Andra.”

Then, Dolores chimed in and explained that she wholeheartedly agrees with the Macbeth Collection CEO.

“We don’t like that no one was sticking up for her! Like, she was trying to do something nice for someone,” Dolores explained, referring to the birthday party D’Andra hosted for Brandi Redmond. “And they made fun of her the whole time, and they made her feel awkward. You know, that’s not nice.”

Though the New Jersey ladies called Kary out specifically, it seems that they aren’t too happy with the rest of the cast either as they believe somebody should have stood up for the Hard Night Good Morning owner.

“I don’t like that nonsense,” Margaret admitted before stating, “D’Andra needs someone to stand up for her. I was like, ‘Someone stand up for this girl!’ If Dolores and I were there, we’d be telling Kary, ‘Sit down!’ She might look good in a bathing suit, but that means sh*t!”

D’Andra is clearly grateful for Margaret and Dolores’ support, and she said she’s also a fan of theirs, which she revealed in the comments section on Instagram.

Thank you [Margaret] and [Dolores] for your support! I appreciate that you always speak honestly and from your heart,” she wrote on AllAboutTRH‘s post about the RHONJ ladies’ comments. “Your kindness and friendship means so much to me and I’m so glad you like my girl [Tiffany]! Loved the premier of [RHONJ] last night! Can’t wait to see what you ladies bring to this season! I’m sure it will be [fire]! 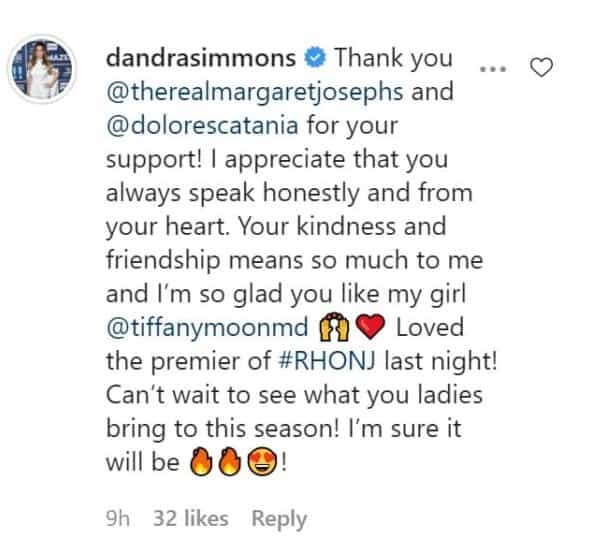