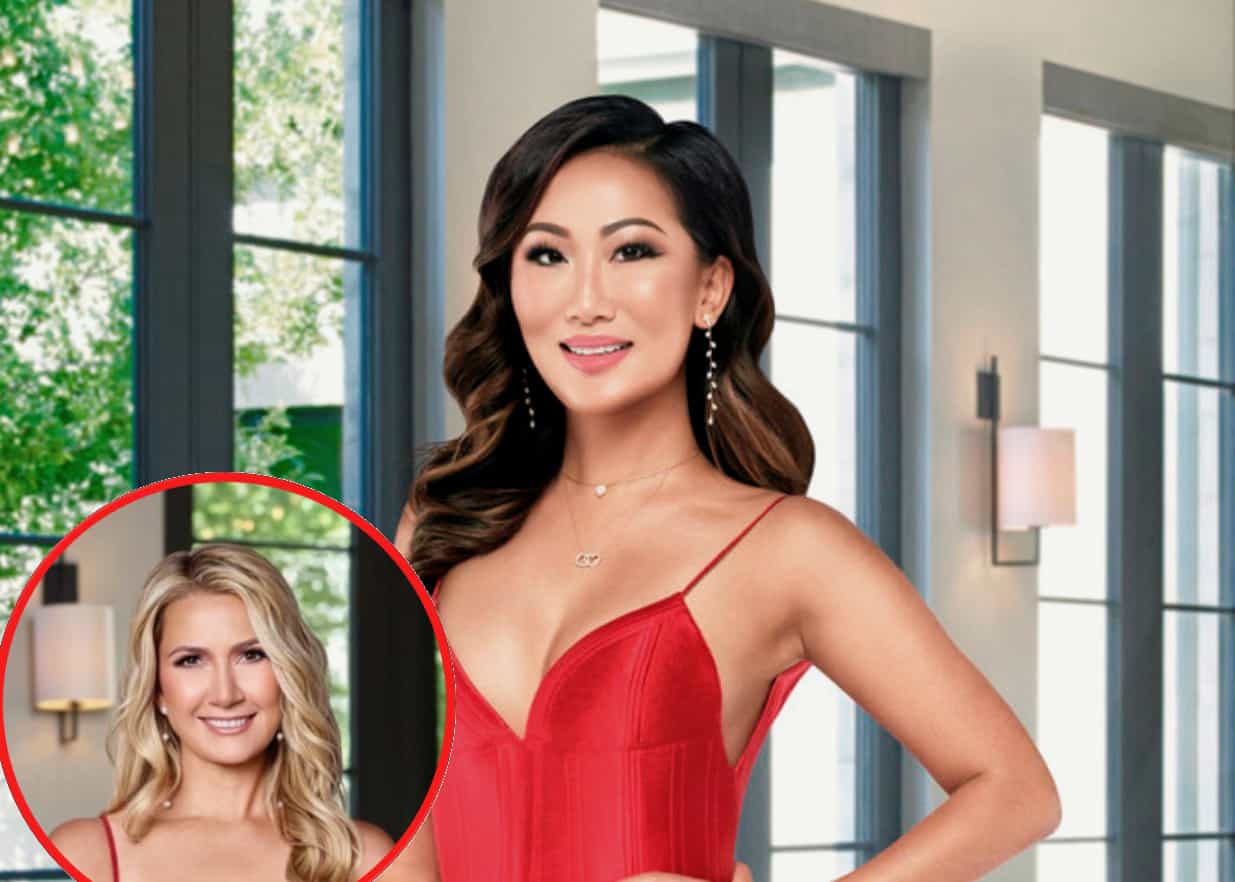 Dr. Tiffany Moon dishes on joining The Real Housewives of Dallas amid the Brandi Redmond scandal and what she’s “scared” for viewers to see. She also reveals whether her longtime friend D’Andra Simmons helped her prepare for the show and subtly shades Kary Brittingham.

Tiffany is coming in hot on the fifth season of RHOD, but some fans originally questioned whether her casting was a strategic move by the show after a racially insensitive video of Brandi imitating an Asian woman surfaced. According to Tiffany, that couldn’t be further from the truth.

“It’s a timely coincidence that this all happened,” she revealed. “I was not brought on to confront Brandi. I was brought on before that whole thing resurfaced, but when I found out early last year about the video and someone texted it to me, it caught me off guard a little bit. And I’m one of those people who doesn’t react immediately; I need a little time to process my thoughts and think about what I’m going to say.”

After taking the time to decide how to confront Brandi once filming began, the respected anesthesiologist explains the approach she took and reveals she doesn’t believe her co-star’s intent was “malicious.”

“I wanted to take this as an opportunity to share with her my personal experience and let her know that what she did is wrong and in poor taste, but in no way do I think that she meant it maliciously or that she meant to offend or hurt anyone with her video,” Tiffany expressed on The Daily Dish podcast. “I tried to come from a place of grace, forgiveness, and understanding because if you come to someone and yell at them and tell them what they did was bad, I don’t think they’ll actually learn the lesson.”

Tiffany says that D’Andra has been asking her to join the cast for years, and once she finally agreed, the skincare CEO did not exactly help her prepare for what was to come.

“No she did not [prepare me],” Tiffany laughed. “She went and sold me some snake oil! She was like, ‘come on girl, it’s going to be fun [and] we’re going to go on all these trips. I was like, ‘I love traveling [and] I love trying new foods.’ And none of that happened. I was like, ‘you lied to me!'”

The mother-of-two reveals one thing she definitely didn’t expect from the show, and it involves her own behavior. In fact, she’s hoping “America will forgive her” after a particular episode that will air later in the season.

“My birthday was in the middle of the season and Kary hosted the most beautiful birthday party, and it was during quarantine times and it was just the seven of us Housewives,” Tiffany began. “And I may have been a little overserved at my birthday party. There may be some, uh, silly birthday antics, if you will, that I hope America will forgive me for, because I was just letting my hair down and letting loose. I’ve been a frontline worker during this pandemic. I was full-time while shooting, and I had to let my hair down a little bit during that party. But it might be a little messy. I’m a little scared,” she disclosed.

Kary may have thrown Tiffany an awesome birthday bash, but if fans recall, the two recently engaged in a rather hilarious Twitter battle. When asked by the podcast host if she has any negative relationships within the group, Tiffany took the opportunity to shade Kary — after also recently claiming that Kary pushes alcohol on the ladies — yet complimented her at the same time.

“If you want to go out and drink until the sun comes up and take a lot of tequila shots, then you would call Kary. But nothing against Kary because she is the life of the party that I wish I could be. She’s 50-years old, and I’m 36-years old, and she will kick my a** at partying any day,” she joked. “I don’t know where that woman gets her energy from or what kind of supplements she’s taking, but I’ll take some.”