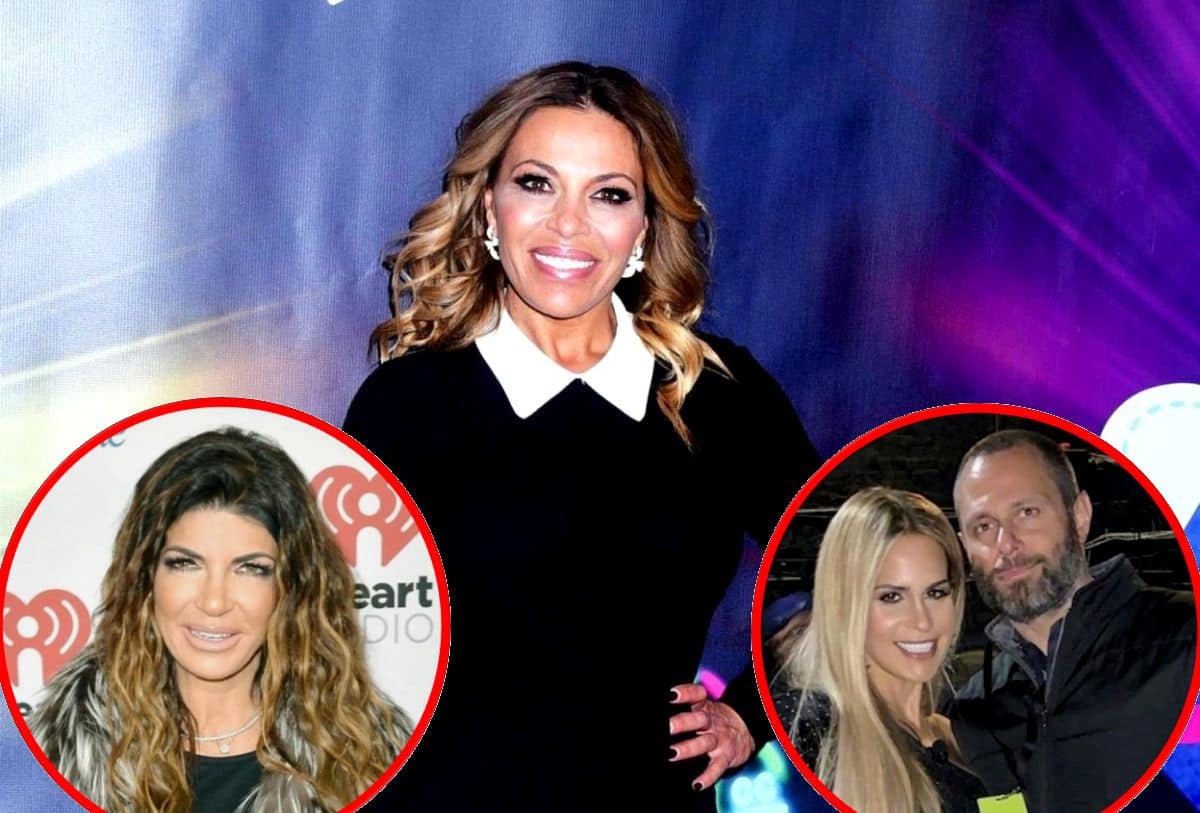 Dolores Catania is dishing on the upcoming, exciting season of The Real Housewives of New Jersey and an epic, history-making argument between Teresa Giudice and Jackie Goldschneider. She also discusses Teresa’s new beau.

Dolores is advising fans not to miss the February 17 season 11 premiere as there will be crazy drama right out of the gate.

“This is a fight that’s going to go down in history,” she told Us Weekly. “And that’s not the only thing in this season.… I’ve never been so excited in five years, about a premiere or a season. We showed up, like, we got more than we bargained for, more than we expected.”

It seems that Dolores isn’t exaggerating for the sake of ratings because Jackie recently revealed that she almost quit the show as a result of the drama as Teresa reportedly accused the former attorney’s husband, Evan Goldschneider, of cheating.

Dolores says she didn’t believe that Evan was actually having an affair, but she explains that Teresa genuinely believed it was true because the OG would never make up such a serious allegation.

If fans recall, the pandemic forced production of RHONJ to shut down for several months in early 2020, but Dolores promises that had no effect on the season or the immense drama.

“We couldn’t have these big, huge parties [or trips] like we’re used to [and] a lot of the drama would happen at these places,” she explained. “Because the COVID, we didn’t have a lot to work with, but it’s the best season that you’re going to see in a very, very long time because each one of us has our own thing that we’re dealing with. That’s so relatable during the time. [It’s] trying times for everyone, right?”

Following a “predictable” season 10, the Paterson, New Jersey native says the cast really wanted to deliver for the fans in season 11, which she asserts was torturous, even for the producers.

“The season almost killed all of us, but the world needs this entertainment right now,” she claimed. “I’m telling you the producers at one point were, like, shooken up.”

As for Teresa’s “hot” new romance with Luis Ruelas — who will not be featured this season — Dolores is extremely happy for her longtime friend and says the relationship is changing the Turning the Tables author for the better.

“That relationship is hot. You’re going to see some changes,” she alleged. “This guy and his softness … I’ve been there. I’ve seen this with me, [divorce] can really break you down. So, we’re going to see a different side of Teresa after all of this. I think that’s my prediction.”

The Real Housewives of New Jersey season 11 premieres on Wednesday, February 17, at 9/8c