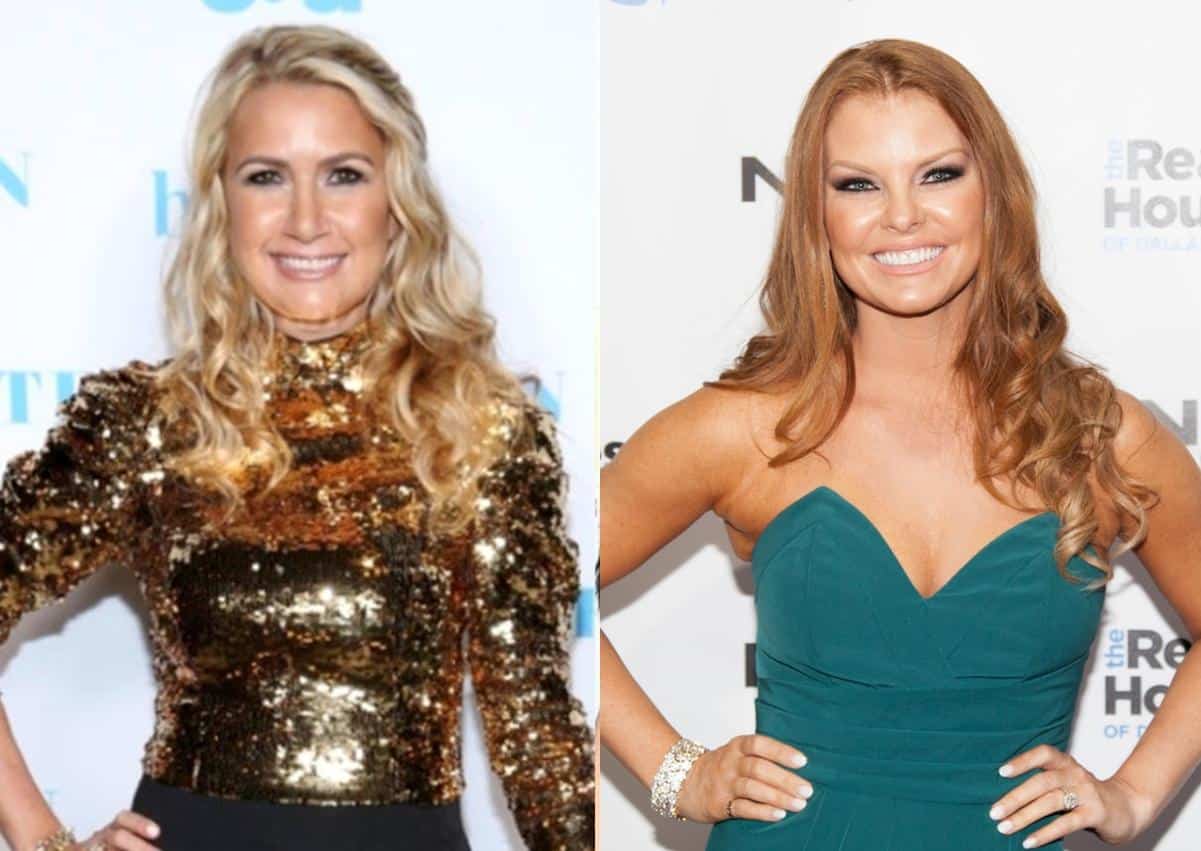 The Real Housewives of Dallas reunion taping was reportedly chaotic!

The Dallas ladies recently traveled to New York City to film the season five reunion, but according to a new report, there were apparently a few hiccups along the way.

Rumors immediately began to swirl when a journalist and self-proclaimed “Housewives scholar,” David Quinn, tweeted that something major went down at the taping.

“I can say without exaggeration that we’re going to see something at the [RHOD] reunion this year we’ve never seen at a Housewives reunion before,” he wrote on April 8.

Fans went into a frenzy trying to figure out what he was referring to, but many thought it had something to do with Brandi Redmond considering all the drama she’s been dealing with lately. Furthermore, Brandi also seemingly announced she was quitting the show on Instagram earlier this year.

As it turns out, the situation reportedly does involve Brandi, but just not in the way fans were expecting, according to a report from a popular fan account.

A few hours after the tweet, The Bravo Guru on Instagram said a source revealed Kary Brittingham tested positive for COVID-19 after arriving in New York, and she was seated next to Brandi and her newborn baby on the plane ride there. As a result, Kary was allegedly unable to film in the studio with her co-stars as she was forced to appear virtually.

“It’s being reported by multiple sources that Kary Brittingham ALLEGEDLY tested positive for COVID-19 and she had to film the reunion from her hotel room via a live feed,” the account wrote. “Most are concerned about Brandi as she travelled with her newborn to New York while sitting next to Kary on the plane.”

Then, just about an hour later, the account received confirmation from another credible source and “confirmed” the report was accurate.

Nevertheless, some fans immediately began to bash Kary — who hasn’t had the best season — for her “irresponsible” behavior.

“So Kary got [COVID] and ruined the whole RHOD reunion,” one fan tweeted.

“OK WAIT HOLD ON if they had to virtually film the [RHOD] reunion because of Kary I am unstanning her,” another fan said. “Her stupid a** had a big filming event coming up in two weeks and her dumb a** couldn’t quarantine the days leading up to it? STUPID she ruined it!

It should be mentioned that Kary has yet to confirm her alleged diagnosis, and Bravo hasn’t commented on the situation either.