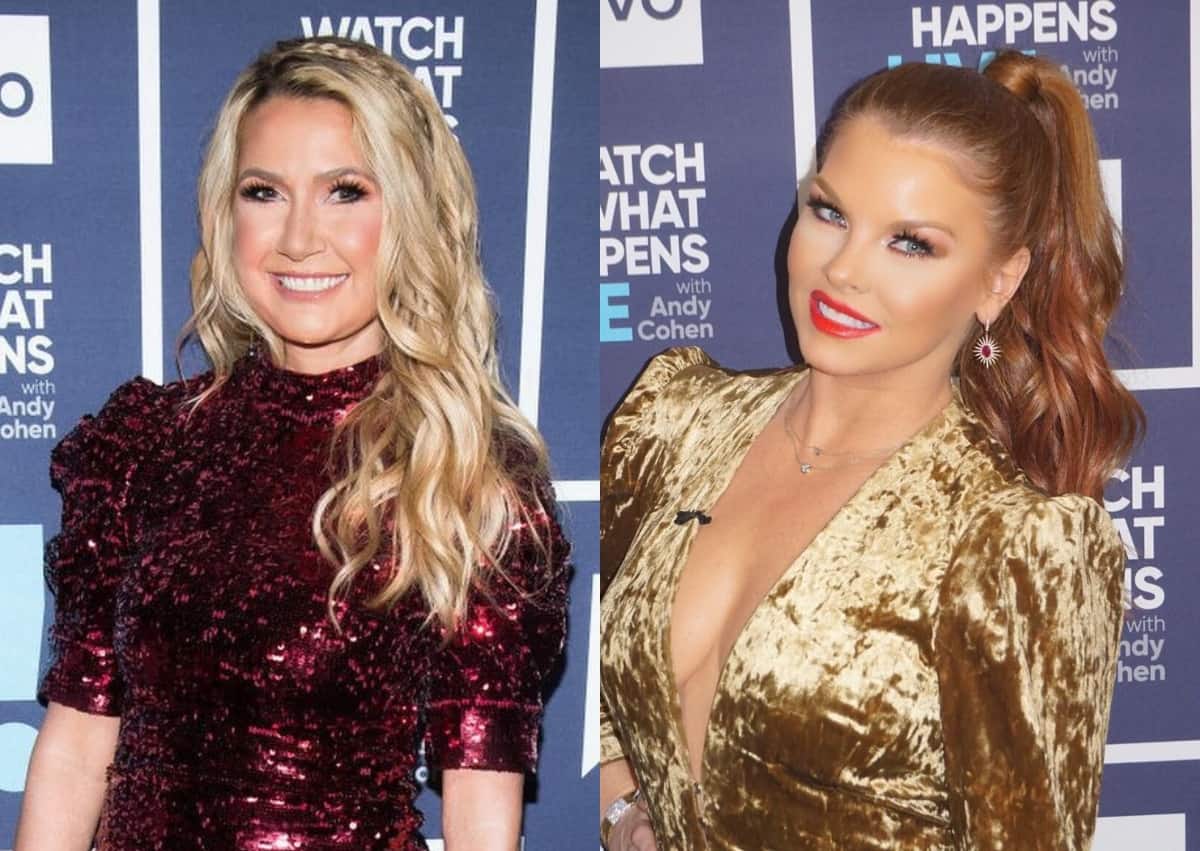 Brandi seemingly announced her exit on February 21 when she took to Instagram and thanked her fans for their support, but she explained that good things must come to an end.

When Kary was asked about her co-star’s cryptic post in a recent interview, she explained that she’s not completely convinced Brandi would just walk away.

“I think that she’s very hormonal so who knows,” Kary told Hollywood Life, adding, “I don’t want to believe it.”

Kary seems to think her castmate was just feeling extra emotional the day she posted the cryptic message as Brandi and her husband, Bryan Redmond, had just welcomed their fourth child into the world weeks before.

“I just don’t know if it was a real announcement,” she said. “Or just at five in the morning breastfeeding and saying crazy stuff.”

As fans well know, prior to giving birth, Brandi hadn’t had the easiest year as a video of her mocking Asians resurfaced, and then her mother-in-law tragically passed away in a horrible car crash while the star’s daughter, Brinkley, was in the vehicle. Then, just last week, a video of Bryan seemingly kissing another woman was leaked. Therefore, if the star is truly leaving the show, it would be understandable.

As for Kary’s future on the show, she said she doesn’t have a clue whether she’ll be returning for season six.

Speaking of the reunion, Kary claimed she’s already worked out many of her issues with D’Andra Simmons, so she’s preparing to take on Dr. Tiffany Moon.

“We’re filming it in a couple of weeks,” she revealed. “I think me and D’Andra have addressed a lot of our issues on the show and kind of moved forward. I was surprised about a lot of things that Tiffany obviously said to me. I asked her saying, ‘Oh, I heard you were calling me a bully?’ And she said, ‘No girl, I didn’t say that,’ and then I saw her say that in her confessionals, so I was just a little bit confused. I tried so hard to be friends with her. Don’t tell me something to my face and something behind my back. I know not everyone’s going to get me and appreciate me.”