Home Real Housewives of Dallas News Dr. Tiffany Moon Discusses Racism and Treatment on RHOD, Says Her Co-Stars Still ‘Don’t Get It’ and Admits She Was “Blindsided” By Brandi Redmond

Dr. Tiffany Moon Discusses Racism and Treatment on RHOD, Says Her Co-Stars Still ‘Don’t Get It’ and Admits She Was “Blindsided” By Brandi Redmond 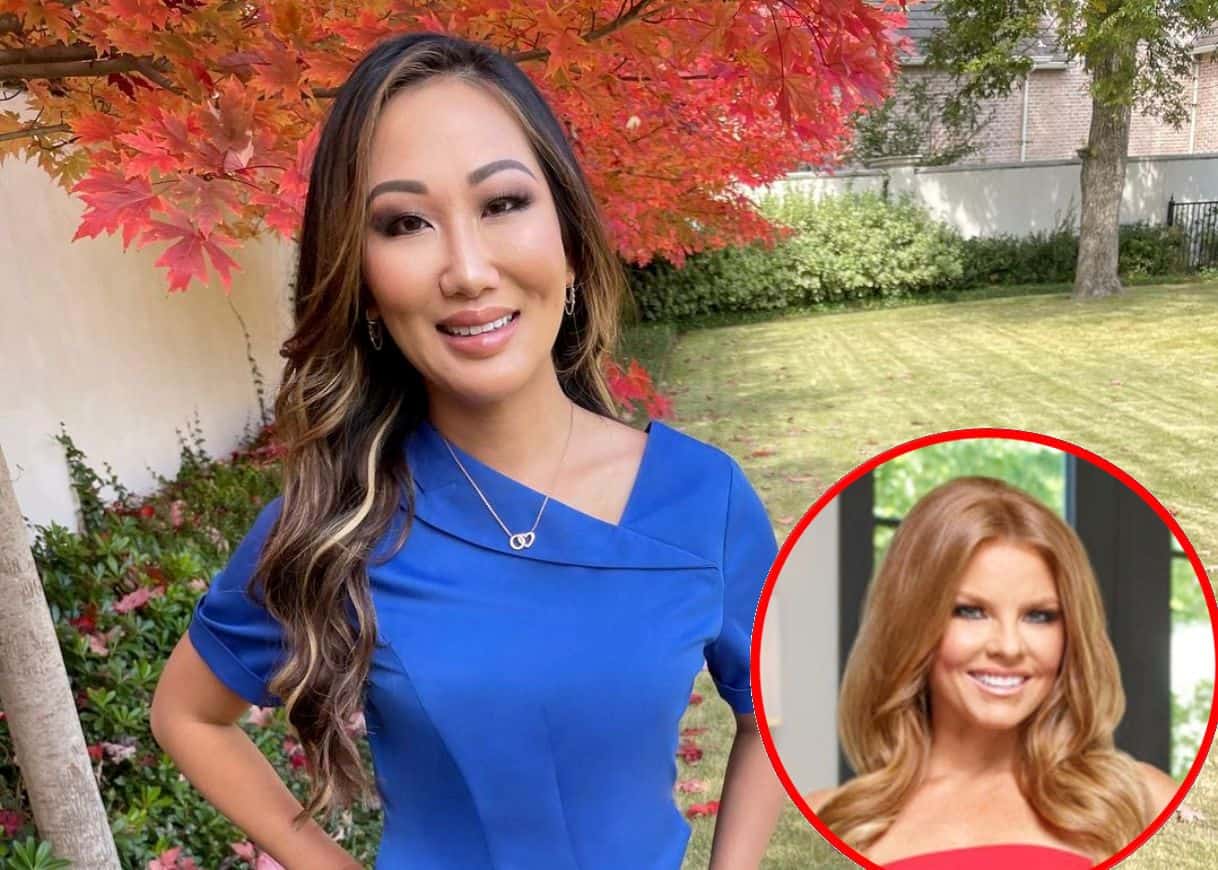 Tiffany Moon admits she was “blindsided” by Brandi Redmond and says she expected her experience on Real Housewives of Dallas to be “fluffy,” but she claims she’s glad she had the opportunity to help educate her co-stars.

On the March 9 episode, as the ladies sat down to enjoy a nice dinner in Austin, Texas, Brandi was seen asking Tiffany if she’s uncomfortable around her due to the racially insensitive video of her that resurfaced.

“Can I ask you a question,” Brandi asked Tiffany. “I just want to get it off my chest? Are you awkward around me?”

As fans likely know well by now, the video in question shows Brandi mocking Asian women by using a stereotypical voice as she discusses “squinty” eyes.

In a new interview, Tiffany explained that she hadn’t been uncomfortable around Brandi up until that point, but when Brandi brought the topic up out of nowhere, it was extremely difficult for her.

“I felt totally blindsided at that dinner conversation in Austin,” she told VICE. “And I think, as a viewer, you can probably see it on my face…To watch all of this unfold and it’s like she never wanted to get to know me. She couldn’t divorce me as a person from me as a reminder of her past transgressions, which I have nothing to do with and I, up until then, had been full of kindness and grace and forgiveness.”

D’Andra Simmons actually encouraged Tiffany to join the show by claiming it would be an amazing experience, but Tiffany explained it ended up being a rather heavy time for her and she wasn’t truly prepared.

“When I decided to join this adventure with my friend, D’Andra, what it was she had sold to me was, ‘it’s fabulous, it’s a group of girlfriends, we go out and party and do these antics,'” she stated. “Of course, she said all of that before COVID. I never thought that we would be tackling issues such as racism and inequality on a show such as this. I thought it was supposed to be fun and fluffy.”

She added, “I feel like I studied, but then the test had none of the questions I studied. Like, I read the wrong book.”

As for the original conversation Tiffany had with Brandi at the beginning of the season to clear the air, she said it was something that had to be done. However, she’s still not so sure that many of her co-stars truly understand the concept of racism.

“I had to address it because it was the elephant in the room, and Brandi had brought it up,” said Tiffany. “And also, I wanted to address it because, again, as a person who’s dealt with racism, I felt responsible to let her and these other women know that this isn’t just some abstract concept, because they’ve never dealt with it in their lives, or probably have close friends who’ve dealt with it. I thought maybe if they see me as a real person with real feelings and a real family who has dealt with this, they’ll get it. I just wanted them to get it, and I’m not sure that they did.”

As Tiffany has mentioned before, due to her extremely busy schedule as an anesthesiologist, she’s not sure if she’ll return for another season. But it seems the way she’s been treated by some of her castmates is also factoring into her decision.

“I just feel like I tried and tried and tried with the women,” she declared. “The amount of negativity and just being picked on and, you know, one person can do this but then if I say it, it’s like, all claws out for Tiffany. And it just felt like, why would I find myself to participate in something that was so toxic to me?”

Whatever she decides to do, the respected doctor is glad she was able to help educate the ladies, and viewers alike, even though that was not her responsibility at all.

“I’m so glad that I was able to provide a voice from a person of color, a person who is an immigrant, a person who has dealt with racism, because I think that helped bring the topic, which may have been a little abstract to some of the ladies, and make it more realistic,” she asserted.