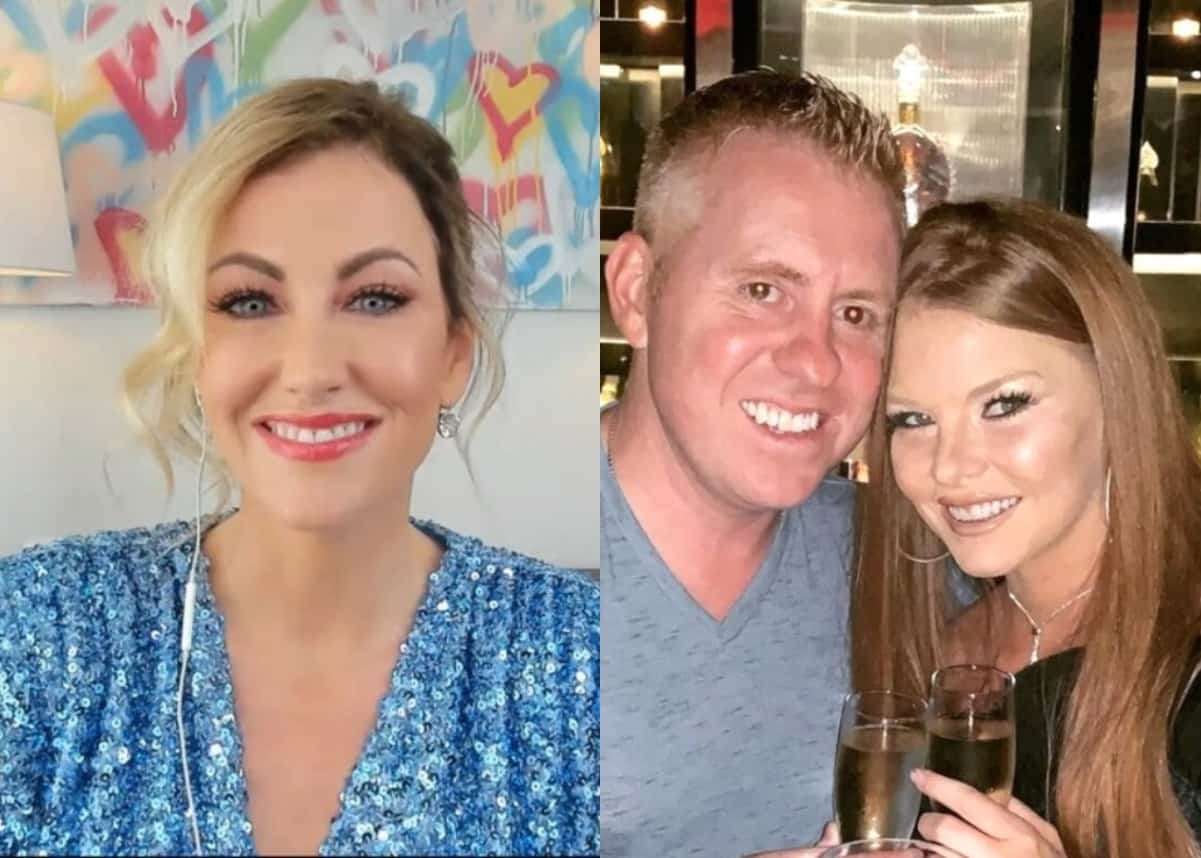 Stephanie Hollman shared her thoughts on Brandi Redmond‘s husband’s cheating scandal during an appearance on Tuesday night’s episode of Watch What Happens Live.

Weeks after Bryan Redmond was seemingly caught kissing another woman at a club, the Real Housewives of Dallas cast member expressed sadness for her longtime friend as D’Andra Simmons addressed her ongoing drama with Kary Brittingham and offered an update on her family.

“I was more concerned with [Brandi] and making sure she was okay and doing well. She had a new baby at the time. So for me it was more about just her. I wanted to make sure she was good,” Stephanie explained on the April 27 episode.

Stephanie also acknowledged that because of the close relationship she and her husband, Travis Hollman, have with both Brandi and Bryan, she felt “awkward.”

“I mean, more than anything, I knew that she was hurting and I was in Aspen at the time and I just… and I never want to speak on her behalf so I’m trying to be really, really careful. But It was hard because I love her. I love Bryan. But nobody deserves that,” Stephanie stated. “She’s a lovely person and I just want her to be okay.”

During another moment of WWHL, D’Andra was asked about the comment Kary recently made regarding their “superficial” relationship.

“I think that Kary, if that’s what she wants with me, that’s okay. I have tried to be a good friend to her but Kary and I do friendship in different ways and we’ve had many conversations like that,” D’andra shared. “And I don’t know that I can ever meet her standards as a friend.”

Still, D’Andra continued, “I do have great concern for Kary and care for her and wish her the best. I said at the reunion, ‘I will be there for you no matter what you are going through. I may not do it like Stephanie, but I’ll do it the best I can.’”

When D’Andra was then asked if she’d spoken to her brother since meeting with her stepmom, D’Andra confirmed she “unfortunately” has not.

“However, my nephew’s first birthday will be this summer and I’m going to reach out and to continue to try. That’s all you can do is continue to reach out and tell them you love them and you want to be a part of their lives. As long as you’re making the effort, that’s the important thing,” she noted.

D’Andra has also not spoken to her stepmom in recent weeks.

“I actually sent her an email around Easter because I knew it was going to be the baby’s first Easter and I wanted to talk about the Easter bunny and how they were going to do that and she didn’t respond,” she revealed. “Hopefully one day there will be healing. I just hope for that and keep working on myself.”