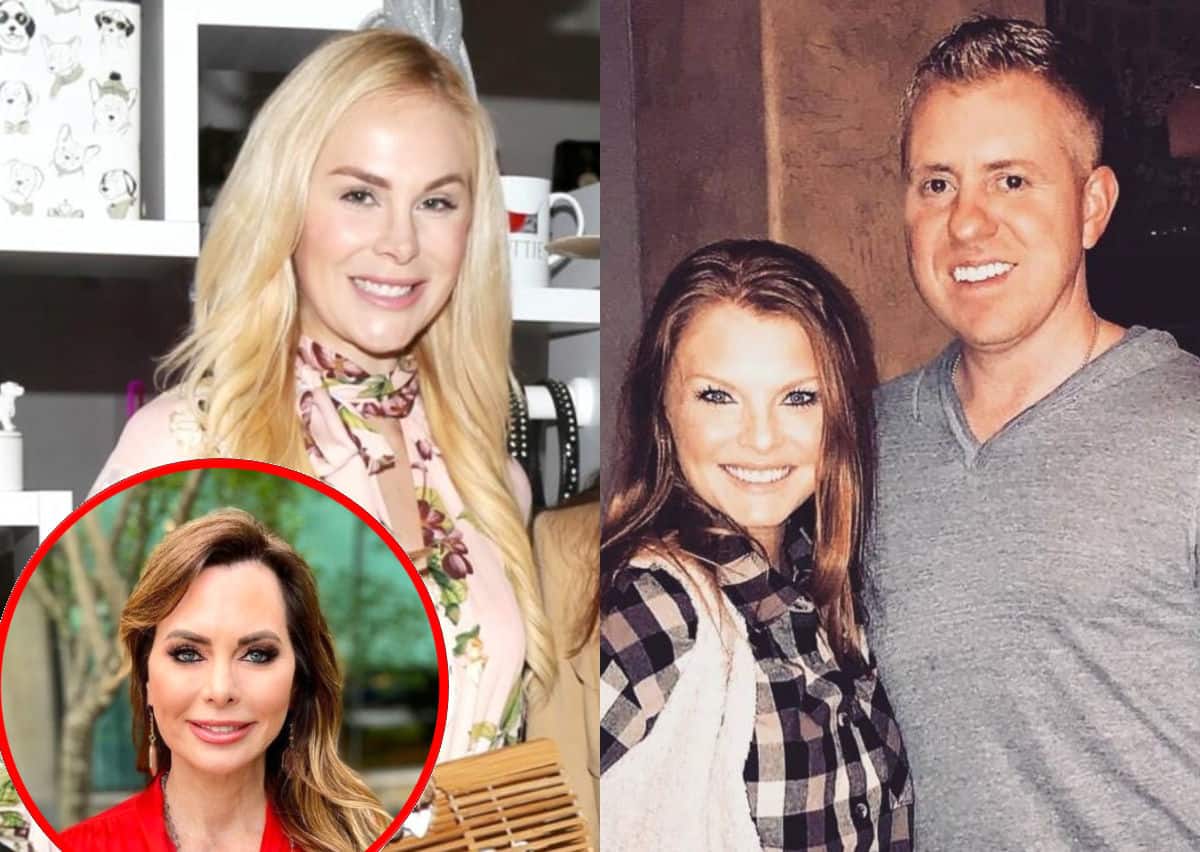 Kameron Westcott says she was “shocked” that Brandi Redmond‘s husband was caught cheating as she addresses her beef with D’Andra Simmons and talks being shunned by a Dallas country club.

In a new interview, Kameron was asked to share her thoughts on the video of Bryan Redmond seemingly kissing another woman, and The Real Housewives of Dallas star explained that she’s heartbroken for Brandi.

Though Brandi has yet to publicly address the situation, and she only posted a guided prayer the day after the video surfaced, Kameron seems to think fans will hear from her co-star eventually.

As for her thoughts on D’Andra following their small Twitter feud over finances, Kameron says she’s confused as to why her co-star would pass judgment. If fans recall, D’Andra shaded Kameron and called her irresponsible after the California native claimed she’s never paid a bill in her life, and Kameron hit back via Twitter and questioned the Hard Night Good Morning CEO’s spending habits.

“She is a trust-fund kid, so for her to sit there and judge me for certain things, I’m like, girl, that’s a little much,” she began. “I mean, she got checks from her mom even on the show, so we’re gonna sit there and be like, ‘I’m financially responsible, I don’t need any help, blah, blah blah?’ And I’m like, wait a minute, you went to LA and you threw $30k, and then you complain you have no budget for anything, and then you’re on a budget? I’m like, wait a minute, this doesn’t add up.”

The SparkleDog founder thinks D’Andra is likely ashamed of the money she’s inherited from family and would rather be viewed as a self-made boss.

“I think as a businesswoman, she probably doesn’t like that backlash, but then again, I’m like, girl, it doesn’t matter,” she claimed. “I’m not gonna judge you if you inherit money. I think that’s awesome! Like, are you kidding me? My husband inherited money [and] I’m not gonna lie about that. I mean, yeah, we live this amazing lifestyle also from my husband, but it’s also from his family, and I’m not gonna lie. That’s just honesty and I’m not ashamed about that. I think some trust fund kids are ashamed and they want to look like they’re self-made, and I think it’s silly.”

Then, after discussing all of the special perks she receives for being a Bravolebrity, Kameron revealed that there is one club she would love to join in Dallas, but they will not allow her to because they “hate Housewives.”

“There is a private club in Dallas and they basically said that I’m too much of a distraction and I can’t be a member right now until I’m off the show, which I would say is quite funny because I would say 50 of my friends are members and it’s absolutely just to be mean because I’m a Housewife. So, that kind of stuff hurts me,” she professed.

She added, “It makes no sense, and my husband is friends with some of the board members, [but] there’s a couple of people, I would say, on the board that just [legitimately] hate Housewives.”