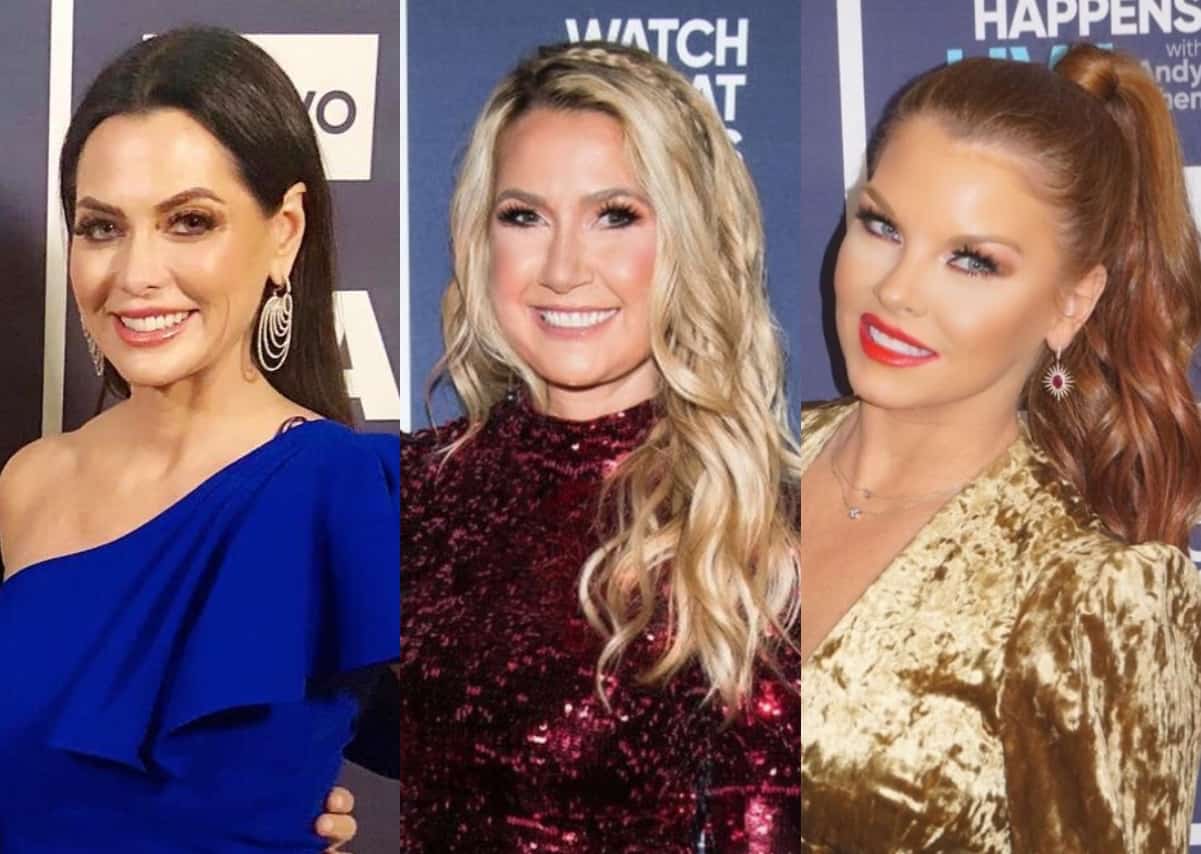 D’Andra Simmons is clapping back at Brandi Redmond for suggesting she turned her back on her religious beliefs.

Amid their messy feud on The Real Housewives of Dallas, D’Andra spotlighted Brandi’s hypocrisy while also offering an update on her relationship with Kary Brittingham, clarifying the real reason behind her name change, and explaining the check Dee “Momma Dee” Simmons gave her on camera.

“The thing that really upset me was when [Brandi] questioned my religious beliefs and the judginess I felt from that,” D’Andra explained on the April 7 episode of the Chanel in the City podcast.

According to D’Andra, she’s not only been a great friend to Brandi, but also a great fellow Christian.

“When Brandi had her issue with the video, I sent her Bible verses and prayers and songs, all Christian, to lift her up,” she recalled. “I took a cross to her family home when her mother-in-law passed away and a letter that took me about 45 minutes to write to her and her husband about what it’s like to lose a parent. Plus I had gone and bought her kids about $400 worth of toys so they could have something to distract from what was happening.”

“I’ve always been there for her. So when she said, in front of my mother, that I was basically turning my back on Jesus, I had real issue with that,” D’Andra continued.

D’Andra then pointed out that just one year ago Brandi ventured to a haunted house with the RHOD cast, where she spoke to spirits.

“You had a medium and a psychic, which is completely against the Word of God,” D’Andra added of her co-star’s hypocritical antics.

In addition to her drama with Brandi, D’Andra was also faced with a falling out with Kary amid season five. And, while the two women have “made up,” D’Andra pointed out that Kary is someone who “digs her heels in” before confirming they haven’t spoken since their March appearance on Watch What Happens Live.

“[I] haven’t really spoken to her since then,” she admitted.

“The thing I was very upset about was the selfish commentary. When my dad passed away and we had the will situation, that was one of the words that my stepmother used to hurt me,” D’Andra explained of her issues with Kary.

As for the allegations regarding her supposedly opportunistic name change, D’Andra denied any such thing, stating that her mother’s story simply isn’t true.

“The reason at the time that I did it was because, if I look back over the history of my life… [My stepfather Glen] had been the consistent parent and I felt like it was the right thing to do,” she shared. “I did not know at 18-years-old that Simmons would do anything for me because my dad’s last name was Callaway, like Callaway Golf. If I had been an opportunist, I would have kept Callaway.”

D’Andra then suggested her mother’s false claims against her may have been made in an effort for more screen time.

“I don’t know if it was because she wanted to be featured on the show more. I still ask her. I’m not going to get the answer I need. She likes to revision history and I’m not into that,” D’Andra said.

D’Andra was also not into the rumors surrounding the check Momma Dee was seen giving her on camera, and she clarified that her mother doesn’t pay her personal bills.

“She did that for effect. She didn’t need to give me a check on camera. And the check she gave me, by the way, is part of the family trust that is to cover something in the house,” D’Andra explained. “She never paid $3,000 for a damn dog whatever. That’s not true.”

Real Housewives of Dallas Live Viewing – This is also the live viewing thread for tonight’s new episode of RHOD season five, which airs at 9/8c on Bravo. As the episode airs, feel free to share your thoughts in the chat below.