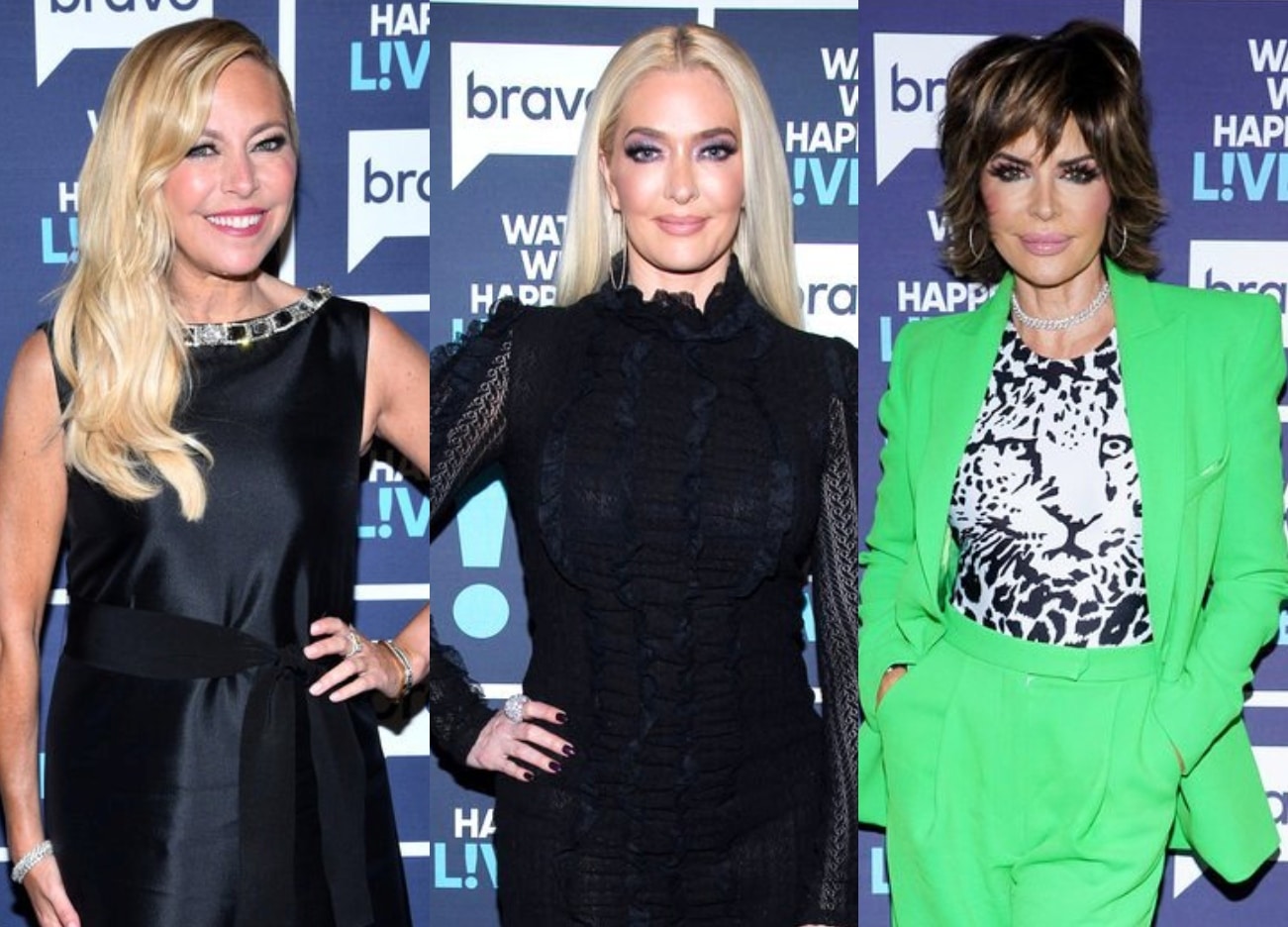 As fans well know, Sutton has been honest about trying to distance herself from Erika amid her legal troubles and impending divorce from Thomas Girardi. Therefore, it’s rather interesting to find out that Sutton was seemingly one of Erika’s biggest supporters in the beginning.

In a never-before-seen clip that has been shared by Queens of Bravo on Instagram, Sutton makes a shocking confession about offering Erika money after first discussing her financial situation during her divorce from her ex-husband, Christian Stracke.

“I know what it’s like to go through a divorce,” she tells her castmates during the meeting she called to address the shocking allegations about Erika and Thomas. “I was in a position where I wasn’t getting money. My attorney said to me, ‘You need to have someone ready to give you money if you need it.'”

She adds, “It didn’t get that bad for me, but I offered that to Erika.”

Her co-stars appear rather shocked by Sutton’s revelation, especially since she was trying to convince them to keep their distance from the “Pretty Mess” singer in order to protect themselves amid her messy legal situation.

Then, in a confessional, Sutton explains, “I offered Erika a loan while going through the divorce. Like, if you need anything financially I’ve got your back. And if you have a fall, you’ve got a mattress to land on.”

However, according to Sutton, Erika chose not to accept her co-star’s generous offer and simply thanked her for it instead.

“But I think she said thank you?” Sutton recalls. “That was it.”

The clip then cuts to Lisa sharing some rather telling information about her friend.

“I asked her, ‘How did you get money to get out?’ And she said, ‘I can’t talk about that right now,'” Lisa spills.

Sutton responds, “I’m gonna take a sip of wine on that one,” as the other ladies also sip their wine.

The clip concludes with Sutton admitting that she would have likely found herself in a sticky situation had Erika accepted her offer.

“I think if Erika had said, ‘Yes. I need $20 million…’ that is not funny,” she snarks, noting the irony of the amount she had just blurted out. “But, it would have put me in a really bad jam.”

The Real Housewives of Beverly Hills season 11 airs Wednesday nights on Bravo at 8/7.