Home Below Deck Mediterranean Below Deck Med Recap: Katie Stresses Over Keeping Delaney as Lexi Continues to Slack Off; Plus Malia Covers for Her Crew Sparking Tension With Captain Sandy

Below Deck Med Recap: Katie Stresses Over Keeping Delaney as Lexi Continues to Slack Off; Plus Malia Covers for Her Crew Sparking Tension With Captain Sandy 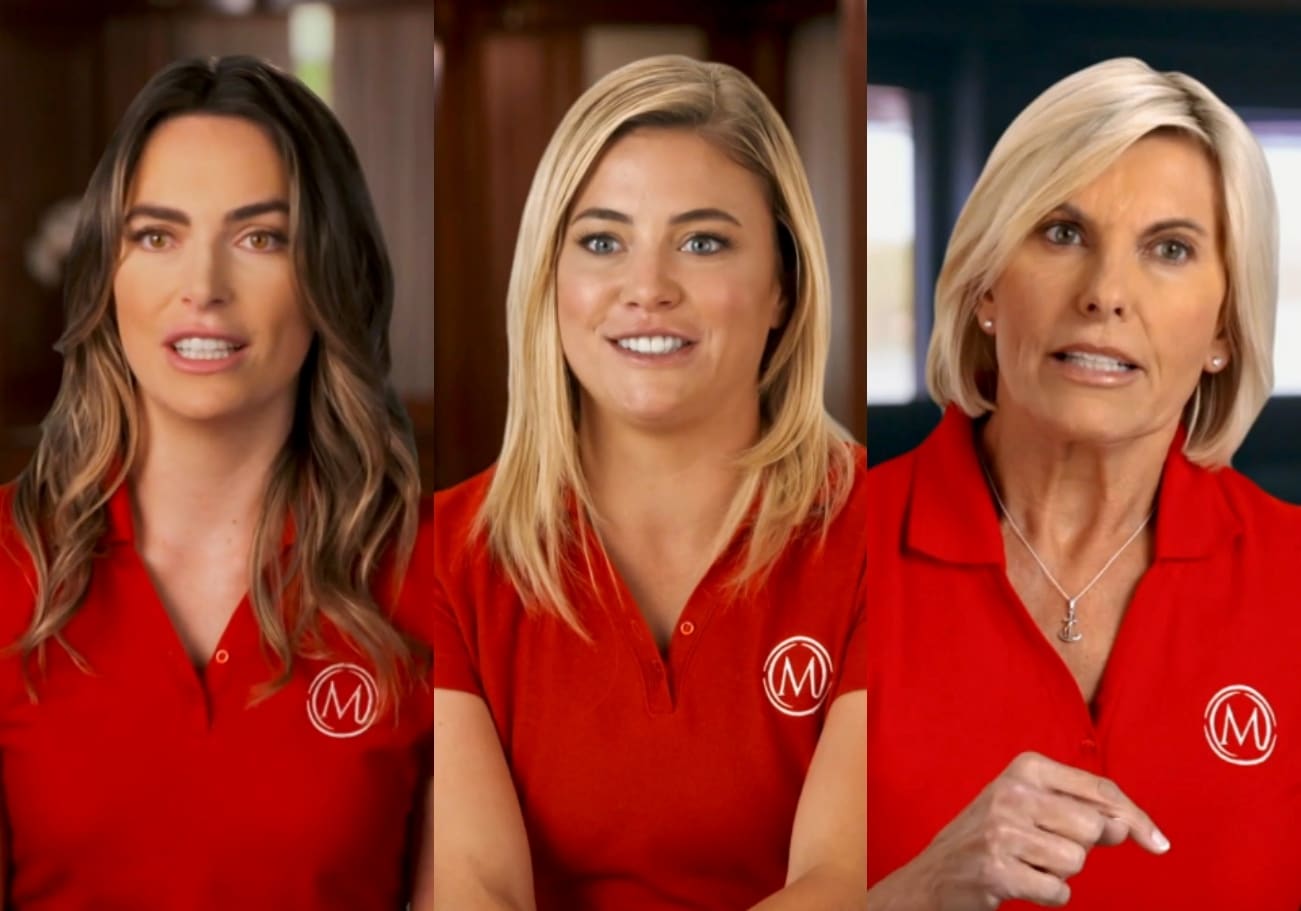 On this episode of Below Deck Mediterranean, Katie is stuck between a rock and a hard place, trying to please the crew but looking for a way to lighten her own workload. Will she make the right choice?

It’s storming like crazy on the second day of charter, and everyone seems to be pulling together, except for Lexi. What else is new? As Malia is literally trying to handle the anchor in the midst of a lightning storm, Lexi is looking for help. #Typical.

Lexi tries to make nice with Katie and lets her know that Katie has every right to be stressed out. Welp, Lexi, a lot of that stress has to do with you! Because Lexi didn’t do her job to begin with, Katie was stuck trying to figure out how to stay afloat. However, denying help after asking for it would be a little hypocritical of Katie. Katie realizes she will never be able to please the whole crew, especially if Delaney stays.  That means the tip split even further and that six people will have to move bunks because Delaney and Chef Mathew cannot share a room, as per maritime law.

Katie is feeling the pressure and meets with Captain Sandy (again) to vent. Sandy remains stoic as Katie unravels (yet again). Katie is upset because she attempted to let Delaney go, but she allowed her to remain and now she is facing backlash from *some* crewmates (i.e., Chef Mathew). Sandy attempts to talk Katie off of the ledge, but her advice is to figure it out and not blame Captain Sandy.

In the meantime, Delaney shares with Lexi that “Katie sat me down and tried to intimidate me.” Um, Delaney, I didn’t see that at all. Delaney, you are not a stewardess. When Katie asked for help, it was because a certain stew was not pulling her weight, and she was looking for assistance. Lexi is completely oblivious that she is the reason for all the drama since she doesn’t realize she actually sucks at her job.

Lexi mumbles, “We were complaining that we needed help. We got the help and we are still complaining. I don’t get it.” Let’s be real — Lexi wants Delaney to stay cuz we all know she’s not putting in the work anyway. Less for Lexi, more for “Deloni,” as Lexi refers to her. Unreal.

Chef Mathew is working hard trying to please the guests onboard. The preference sheets are bananas, and because of the gnarly current, there’s extra pressure to keep the guests entertained since they cannot go out on water toys. Malia gets the bright idea of gathering her deck crew and having them dress up in firemen outfits, which just so happen to be on the boat because…??

The plan gets put into action when the fire alarm gets pulled, and then David and Mzi come out in their firemen garb. “I’m not Magic Mike.  I think that’s well established”- Daniel. But you know who did a good job of entertaining the women? Mzi! After some lap dances and beer pong, I would say they did great and handled the inappropriate guest talk as gracefully as they could.

Courtney is showing that she is capable of being bumped out of the laundry room as she bartends and serves the guests, whereas Lexi is taking full advantage of the extra help Delaney is bringing. It turns out that Delaney was a debutante girl who has had seven years of etiquette training, so in reality, she is a perfect stew. Way better than pageant girl Lexi, that’s for sure.

Chef Mathew calls his service “perfect,” but he drops the ball completely. A guest requested her own personal entrée in lieu of a family-style meal, and he has forgotten. Guess he kinda deserves it when she says she would give him a four out of 10 in a Yelp review…

Katie continues to stress about her decision: Does she send Delaney home OR force the crew members to move their bunks? The reality is, another girl has been added to the interior because Lexi cannot do her job. Courtney hits the nail on the head: Delaney and Lexi are “Delexi right now, they are just merging into one.” LOL. Also, Mat, quit your complaining.  You quit… twice, remember? So you should be grateful you have somewhere to sleep on that boat, period!

The next morning, Lexi still cannot pronounce Delaney’s name and Chef Mathew is still b*tching about Delaney staying aboard.  Katie basically shuts him down and lets him know that she is sick and tired of hearing it at this point. She has bigger things to worry about, like a dreaded beach picnic for the guests.

The deck crew does a good job of setting up while Lexi lounges on the ground back on the boat. FIRE HER. Katie, quit being conflicted and lose the extra baggage weighing this boat down. Literally and figuratively.

While one of the guests is out on a jet ski, it begins to sink because David forgot to plug the drains. Malia tries to cover for David when Captain Sandy begins interrogating her, but Sandy claims, “I need the trust” with Malia. Captain Sandy, be a better leader if you want to be respected by your crew.

The world’s fastest beach picnic went off without a hitch, but the provisioner for the white party might’ve thought it was an Amish party with the outfits supplied. What are those dresses for the stews?!

Katie is STILL obsessing about p*ssing her crewmates off about changing rooms, even though we all know the easiest fix would be for her to fire Lexi! I mean, why are they switching cabins when the easiest thing to do is get rid of Lexi? Mat is really the only crew member giving Katie a hard time about it. He wants his bunk back and he is not being quiet about it. “I love Katie. She’s my favorite person I have ever worked with” but… I will just continue to annoy her. This guy’s got quiiite the opinion when he was forever letting down the crew early on. Who is the true “weak” one here, Mathew?!

It’s the final day of charter, and Katie comes knocking on Captain Sandy’s door looking for advice, yet again. She discusses how moving six people seems like quite a nuisance, and as always, Captain Sandy puts all the responsibility on Katie. Sandy tells Katie to “woman up” and make a decision. Katie understands that, at the end of the day, this decision is all on her, and as Mathew burns through Katie’s soul with pleading eyes, Katie radios Delaney for a chat. Will Delaney stay or will everyone have to shift bunks?