Home Don't Be Tardy PHOTOS: Brielle Biermann Gets Double Jaw Surgery as Mom Kim Describes Day of Scary 6-Hour Procedure, Plus Why Don’t Be Tardy Star Had it Done

PHOTOS: Brielle Biermann Gets Double Jaw Surgery as Mom Kim Describes Day of Scary 6-Hour Procedure, Plus Why Don’t Be Tardy Star Had it Done 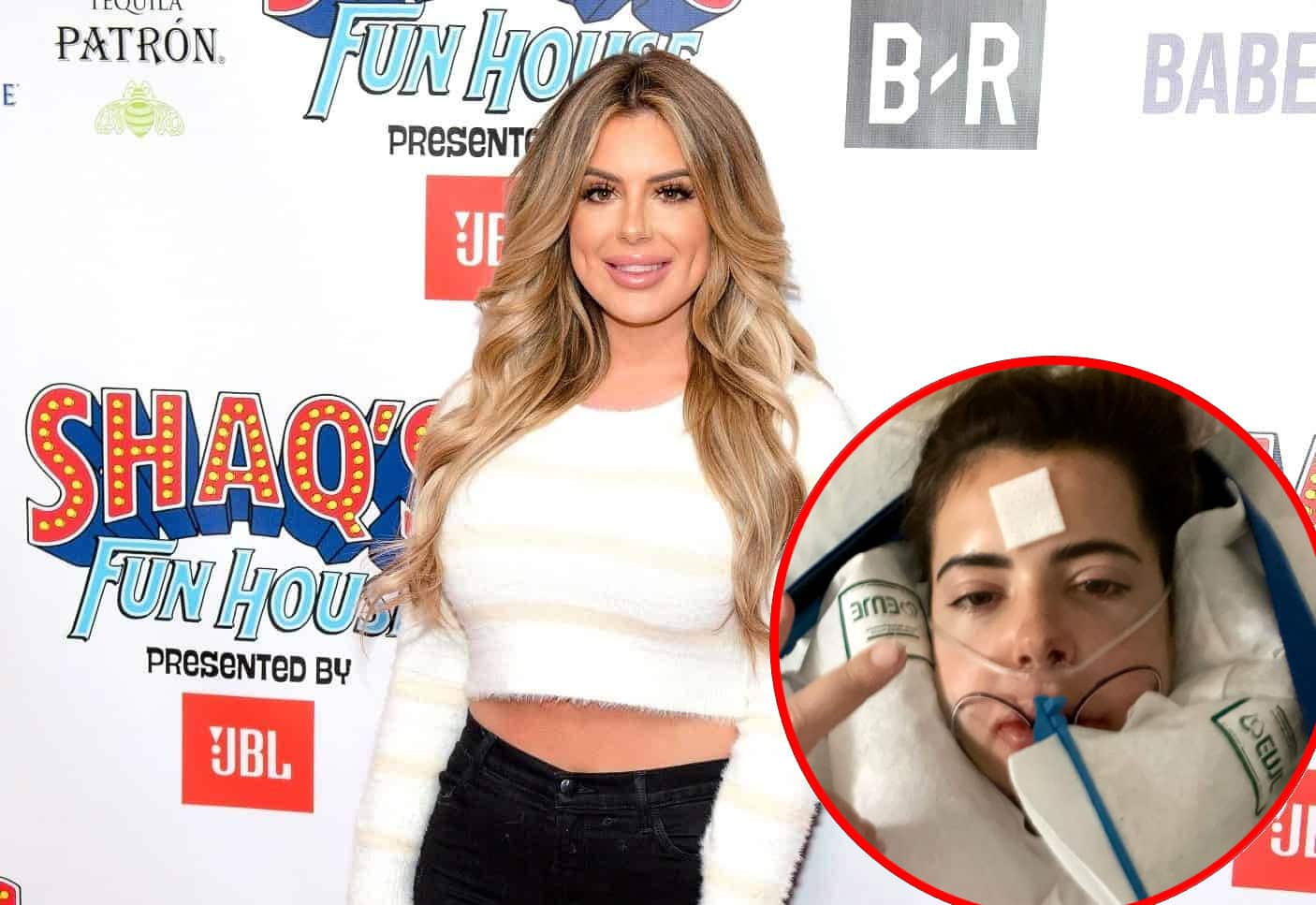 Brielle Biermann is recovering after undergoing double jaw surgery as her mom Kim Zolciak Biermann calls the procedure one of the toughest experiences of her own life.

The Don’t Be Tardy star has certainly had a rough couple of weeks as she recently underwent surgery to correct the overbite she developed from sucking her thumb until she was nine years old.

On Monday, Brielle shared the news with her Instagram followers, along with a series of shocking photos of her bruised face, following the painful procedure. The 24-year-old assured her fans that the surgery was not cosmetic, explaining she’s been suffering from TMJ for many years.

“I had double jaw surgery on August 23 to correct my tmj & 9 mm overjet overbite,” she began in the caption. “This was NOT for aesthetics but for quality of life. I sucked my thumb til i was 9 ishhh which made the roof of my mouth suuuuuper narrow and my excessive overbite cause my teeth to have no contact whatsoever.”

Brielle went on to reveal that she’s been struggling to eat pizza or even bite into a burger for many years, which often resulted in her choking due to the way she was forced to use her tongue to chew. She also noted the TMJ is what caused the lisp that some fans have seemingly pointed out in the past.

She added,  “I was so scared… I was completely dreading this surgery fearing the worst of the worst but thankfully with my positive mindset, strong family & friends support system, [I got through it].” 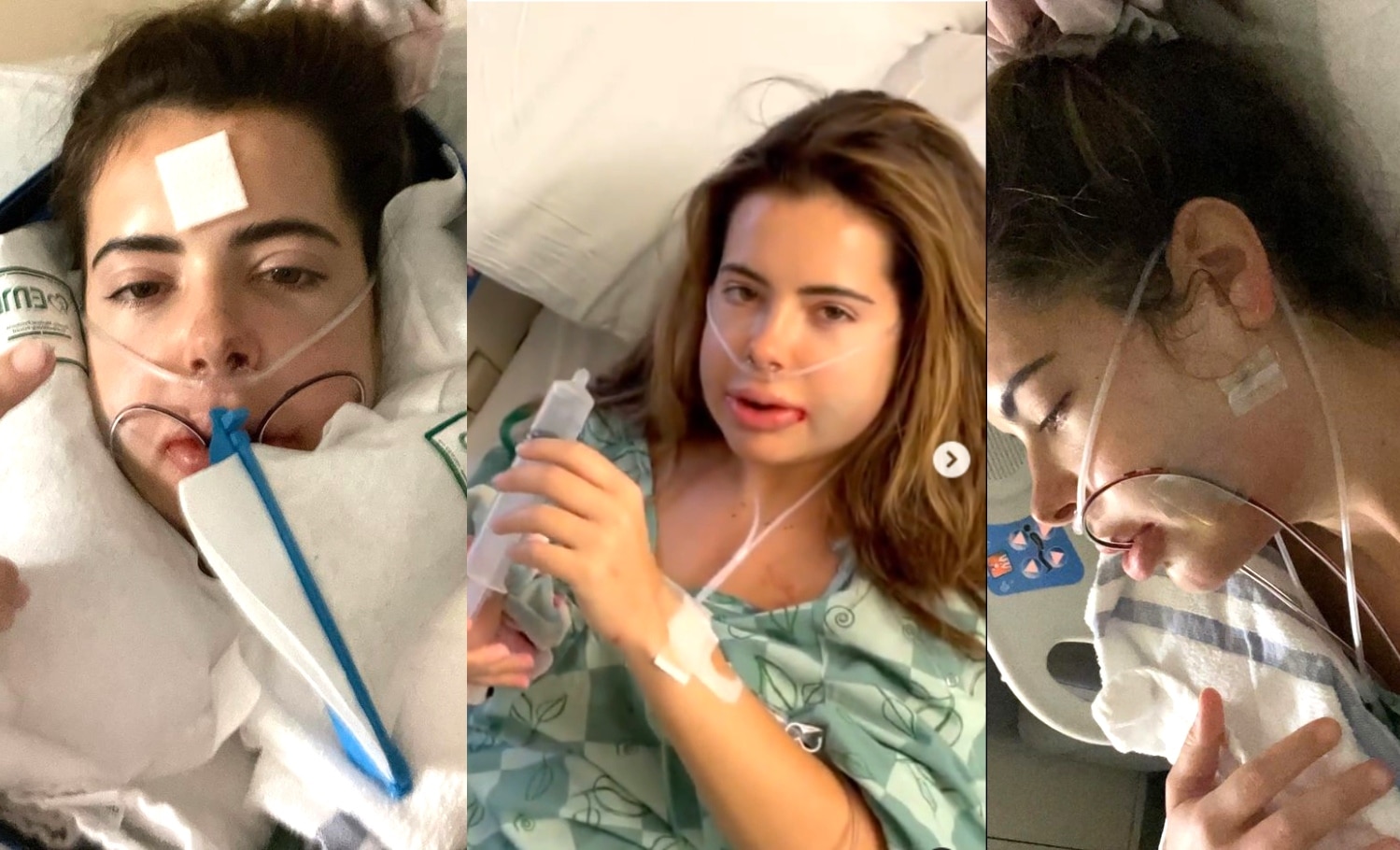 The reality star also mentioned the braces she was forced to get late last year, noting she often tries to hide them because she doesn’t want to look like a kid in “middle school.” However, according to Brielle, had she not had the braces placed on her teeth or had the jaw surgery, doctors told her she wouldn’t be able to eat by the time she hit 27 years old.

Following the post, Kim commented, “You are the toughest cookie I know! So proud of you!!! It’s only up from here!!!!”

The Real Housewives of Atlanta alum also shared a series of photos of Brielle’s recovery, revealing she was absolutely terrified about her daughter going under the knife.

“Top 3 hardest days of my life! [Brielle] had to have her top and bottom jaw broken,” she wrote in the caption. “Not for aesthetic reasons but as a necessity. I’ll never forget leaving my baby ???? as she walked into Pre-op with the nurse. I cried and cried and kept on crying!! I dreaded this day for well over a year.” 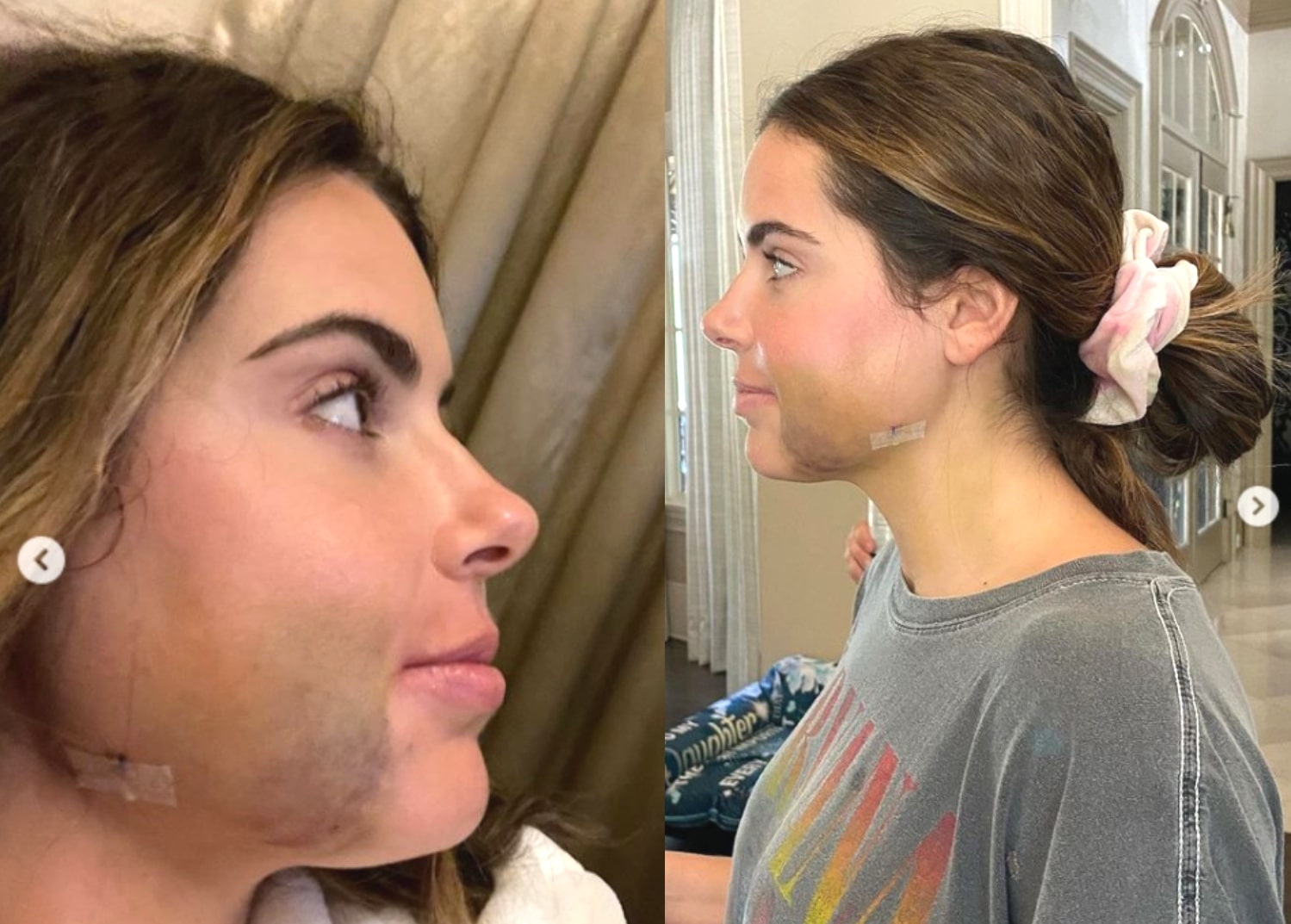 Kim went on to describe the day of the six-hour procedure before thanking her family and friends for offering support. She also recalled the moment she had to put her “big girl panties on” and visit Brielle in the ICU recovery room following the procedure.

“Dr’s told us she wouldn’t be able to talk for a least 2 weeks!! All of sudden I hear Kroy [Biermann] say, ‘KIM she needs you come in,'” she shared. “I prayed for strength and in I walked…. my heart could not take it. I walked right out!! Cried some more as she called me again. I stood behind the nurse computer for what seemed like a lifetime until Brielle said. ‘Mom are you crying,’ and tears fell down her face.”

Brielle admitted she wouldn’t be able to handle the painful recovery without her parents, writing in the comments section, “Thank you for all your help during this time!! Couldn’t do it without you and Kroy.”