Andy Cohen Dishes on RHOBH Reunion, Claims Erika Jayne “Answers Everything” as He Reveals Topics Discussed, and Confirms Drama Between Garcelle and Dorit, Plus Footage Leaks 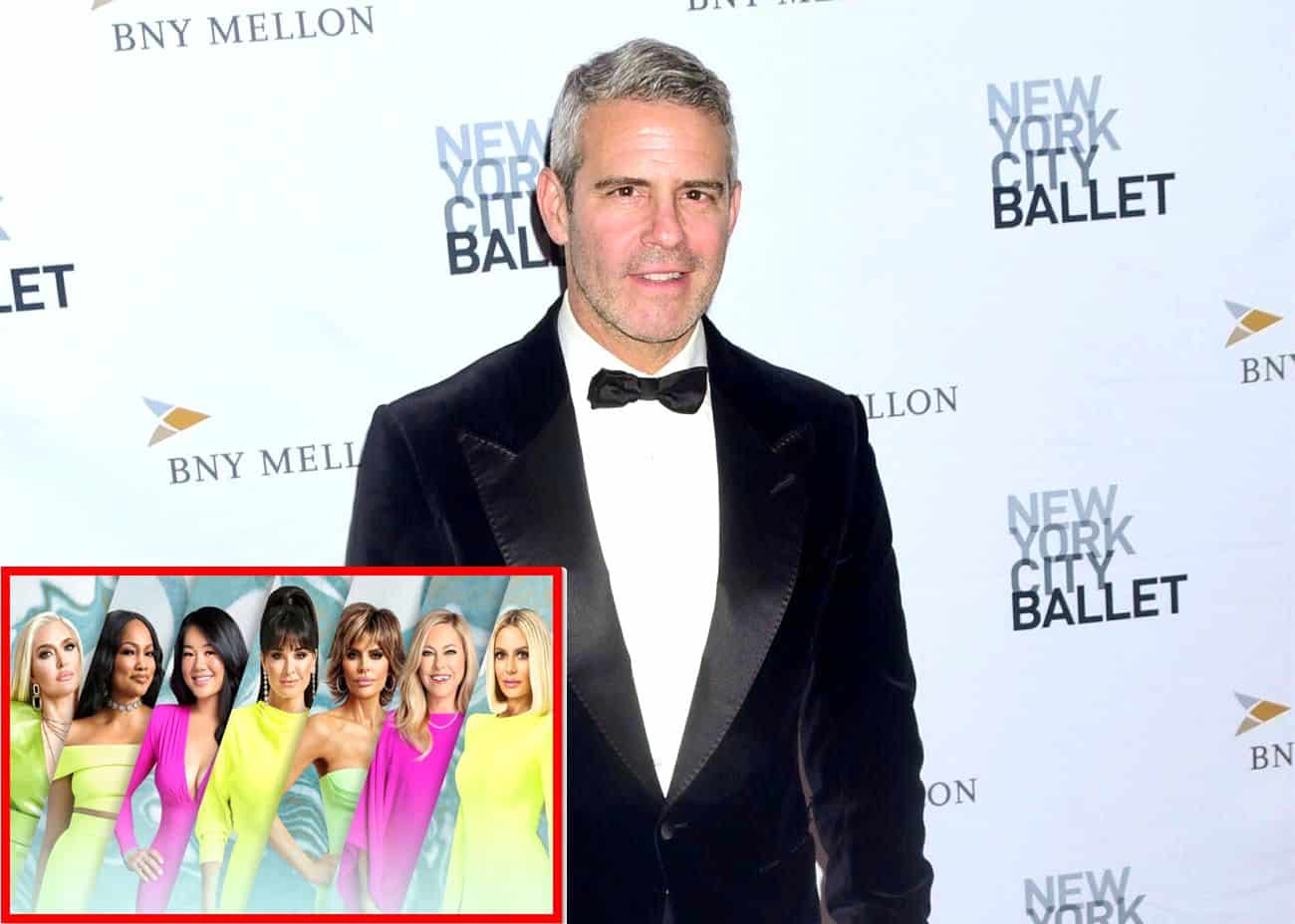 Andy Cohen is opening up about the Real Housewives of Beverly Hills season 11 reunion taping and says nothing was left on the table, especially when it comes to the drama surrounding Erika Jayne.

While fans continue to tune in for the history-making season 11 drama, the women came face to face on Friday, September 10, to film the reunion. And though Andy has already teased an epic taping via Instagram, he spilled even more tea about the sit-down on his radio show on Monday.

“The drama kept coming up because there were tentacles of the drama that involved all the other ladies,” he said on Andy Cohen Live on September 13 after his co-host asked how much of the day centered around Erika. “I will say we did a big chunk of her marital drama earlier in the day, and then I would say the last 90 minutes was a VERY spirited conversation about the case and what’s going on.”

Then, after he was asked if Erika admitted to anything regarding the embezzlement allegations against her estranged husband, Thomas Girardi, Andy assured his listeners that the “Pretty Mess” singer didn’t hold back.

“She answers everything,” the Watch What Happens Live host asserted. “I think I asked her everything. I mean, the viewers had amazing questions. and I feel that we represented the tenor of what the viewers were feeling.”

He added, “I thought it was fascinating, it was engaging, it was surprising, and we spoke about everything.”

Andy went on to reveal several topics that were addressed throughout the day, including Thomas’ alleged mistresses, the missing money, the lawsuits Erika’s facing, and Thomas’ dementia diagnosis. As for whether the orphans and widows Thomas allegedly ripped off were discussed in detail, Andy said they were “absolutely” discussed.

Nevertheless, though the cast spent a great deal of time addressing Erika’s divorce and legal woes, Andy confirmed that there was plenty of drama between Garcelle Beauvais and Dorit Kemsley as well. He also noted that there were no “walk-offs” this year before gushing over how well the ladies handled the drama.

“There were no walk-offs, which I loved,” he said. “And Lisa Rinna was commenting at the end, she said, ‘You know what, everybody sat here and took it today.’ And it was true. Everybody faced the music and was really… they were all there, they were all engaged, and they were all in it.”

Despite the women remaining on stage, there were still a few meltdowns according to Andy, but he refused to share who shed the most tears during the taping.

“I wanna leave that for the show, ” he said after confirming that one of the women definitely had a breakdown, adding, “Including Erika.”

Though Andy admitted he often leaves a reunion and thinks of certain questions he should have asked in hindsight, he said that wasn’t the case this time. He claims there was nothing left on the table.

Also, over the weekend, some footage of the actual RHOBH reunion leaked online, which showed the women as they reacted to a clip from the season being played. The leak appears to have come from the glam team of one of the women.

We just got a peek into the looks at the #RHOBH Reunion!