PHOTOS: RHOBH Cast Films Reunion as Erika Teases it Will Be “Great,” Plus Trailer Pics Leak and Andy Cohen Posts Clip From Set, as Garcelle and Sutton React

The Real Housewives of Beverly Hills season 11 reunion was filmed on Friday, September 10, and throughout the day, and afterwards, a number of photos and video clips were shared on Instagram.

Although fans have yet to get their first looks at the outfits and glam of the ladies, Andy Cohen was seen on set, discussing the filming session with Erika Jayne, who seemed to be quite pleased with the way the taping had gone, at least up until that point.

In a series of photos shared by Cocktails and Gossip on Instagram, the trailers of Crystal Kung-Minkoff, Dorit Kemsley, Lisa Rinna, Kyle Richards, Kathy Hilton, and Erika were seen. 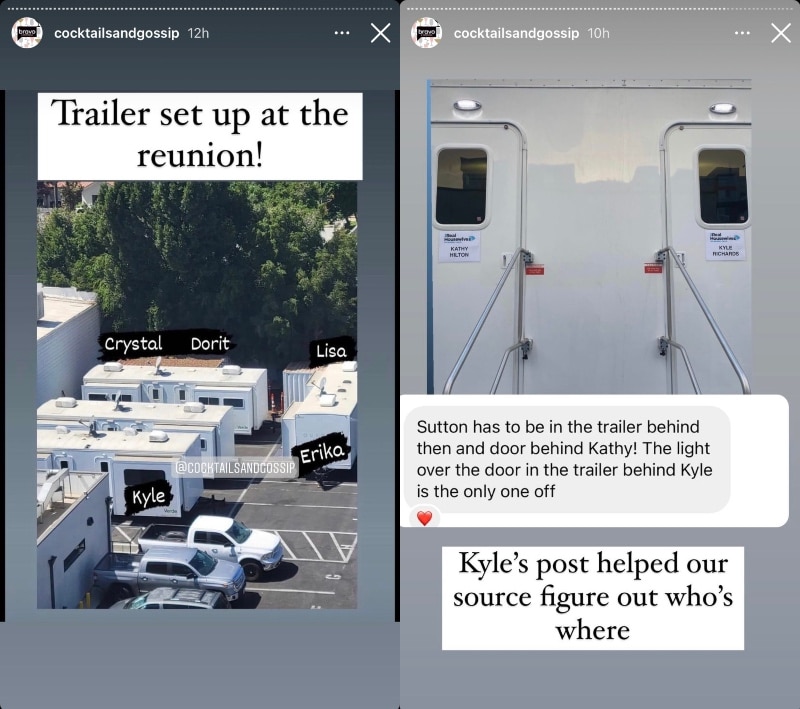 In another set of photos, also shared by Cocktails and Gossip, the parking lot and trailers were seen from a photo taken from a building nearby. 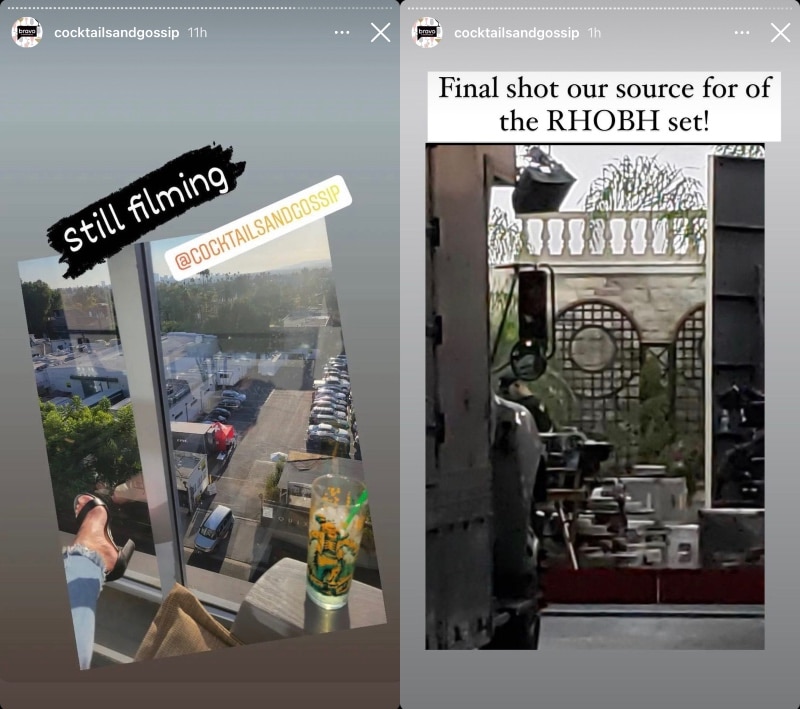 Meanwhile, inside of the taping, Andy shared a video of himself sitting on set with Erika, who was said to be ready to confront her co-stars over their many comments about her legal scandal, at his side. And, while Erika was not seen in the video clip, she was heard having a conversation with the host.

“We’re still going. We’re in a makeup break. How’s it going Erika?” Andy asked the RHOBH cast member, who was accused of helping Thomas Girardi embezzle millions from his former clients during filming on season 11.

As Bravo Snark Side noted, Kyle was also heard in the video, although she wasn’t talking to Andy, which would seemingly indicate that she and Erika were the cast members seated closest to Andy on the couches.

In another Instagram post, shared by Bravo Housewives Tea, several other photos of the cast were seen, including an image of Garcelle Beauvais and Sutton Stracke having a “post-reunion celebration” with their glam team.

While Kathy appeared only as a “friend” during RHOBH season 11, she attended the reunion taping on Friday. And, in a couple of photos shared online, she was seen leaving the event before enjoying a celebratory drink with her hairstylist, Laura Rugetti. 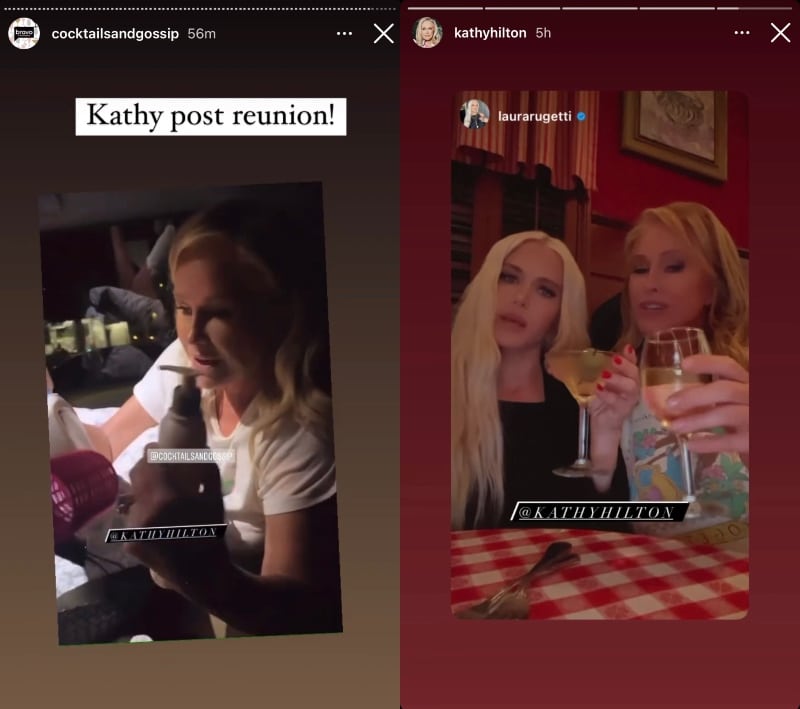