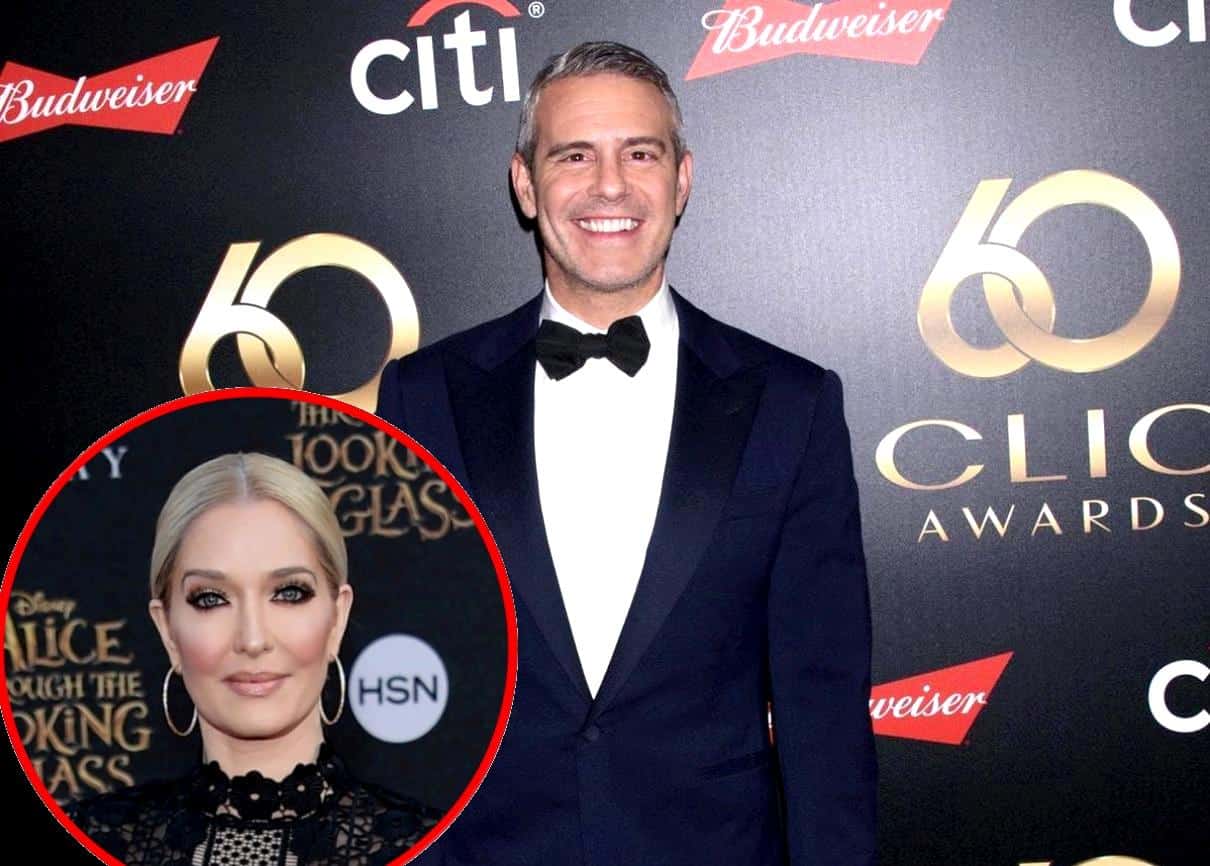 Ronald Richards, the attorney investigating Erika Jayne as part of the ongoing bankruptcy proceedings against her estranged husband, Thomas Girardi, and his law firm, Girardi Keese, reached out to Andy Cohen over the weekend.

After the Watch What Happens Live host sent out a message to his fans and followers on Twitter on Sunday in regard to the upcoming taping of the Real Housewives of Beverly Hills reunion, he was flooded with questions from fans, as well as a response from Ronald, who wanted to know a few things about Erika’s finances.

“My team is gearing up for THE REAL HOUSEWIVES OF BEVERLY HILLS REUNION! Tweet me all of your Qs now & let me know where you’re from!” Andy tweeted on August 29.

In response, Ronald told the Bravo producer he had “a few [questions],” all of which pertained to the RHOBH star’s money.

“1. Who or where is Erika Jayne’s source of funds which finance her legal and professional fees? 2. Will EJ cooperate with providing access to her remaining banking records which are funded by this unknown source? 3. Did Erika spend $25,592,261.26 from 2008 to 2020?” Ronald asked. 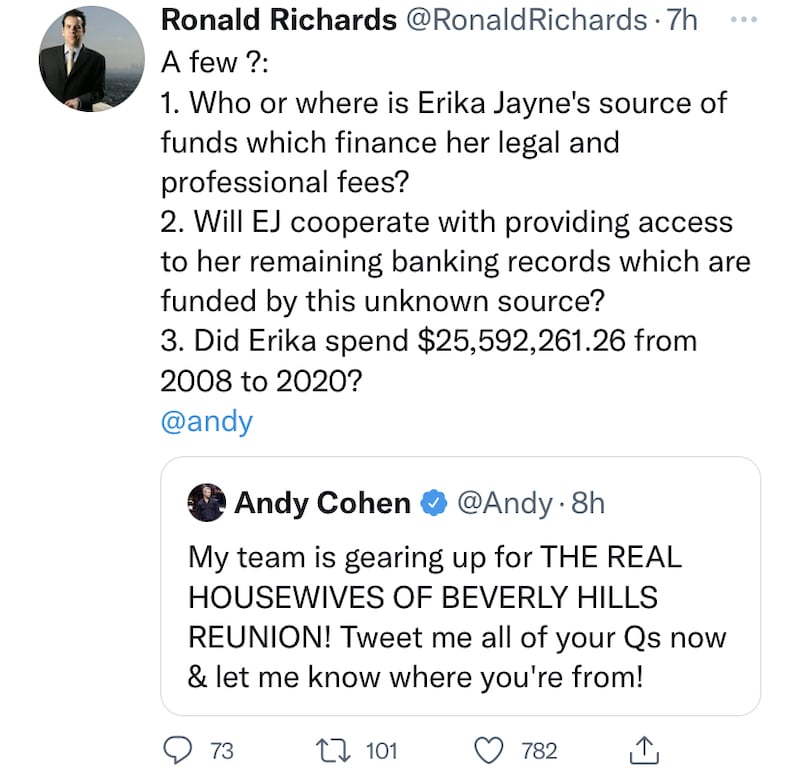 As RHOBH fans have surely heard, Ronald has been investigating potential transfers sent to Erika from Thomas and his law firm for months, and recently, after being sued for $25 million in July, the details of her alleged spending of the transfers were revealed.

In a letter expected to be filed as part of the bankruptcy proceedings, it was noted that Erika had supposedly spent over $14 million on an American Express card and about $11 million more on her glam squad, PR firms, a dance agency, and other purchases.

Erika was also sued for attempting to hide her assets with a shell company she set up earlier this year.

Just last week, ahead of Andy’s tweet, a source told Hollywood Life that Erika is “ready for the reunion.”

“She’s going to say as much as she can [about everything]. There are certain things she can’t talk about, [but] she’s not afraid to attend the reunion and say what she needs to say,” the insider shared.

According to the report, Erika is especially upset with Garcelle Beauvais, who was allegedly baited by producers into bringing up her comment about Thomas calling her daily in front of the other women.

“[Erika’s] disappointed after [that] episode and feels Garcelle and Crystal are lying and not telling the truth about what really went down,” the source said. “[Erika] feels Garcelle was baited by the producers and she took the bait, and, [Garcelle’s] not telling the truth of what really went down. [Erika’s] looking forward to addressing that at the reunion.”