Home Real Housewives Of Salt Lake City News RHOSLC’s Heather Gay Admits She Knew Jen Shah’s Business Was “Unsavory” Prior To Her Arrest, Reveals The One Thing That Would End Their Friendship And She Compares Jen’s Legal Scandal To Erika Jayne’s

RHOSLC’s Heather Gay Admits She Knew Jen Shah’s Business Was “Unsavory” Prior To Her Arrest, Reveals The One Thing That Would End Their Friendship And She Compares Jen’s Legal Scandal To Erika Jayne’s 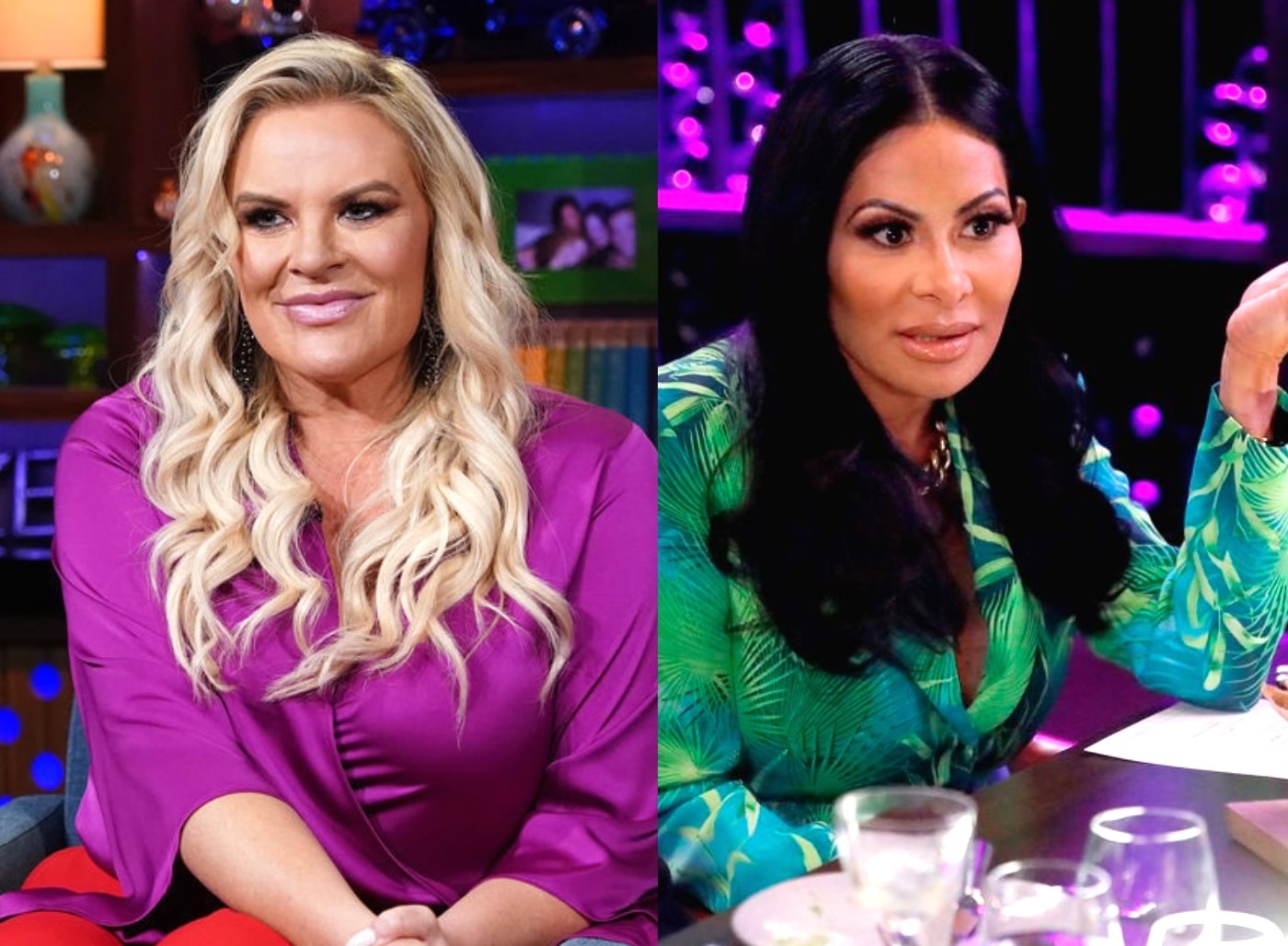 Heather Gay is admitting she’s always known Jen Shah‘s business was a shady one before revealing the one thing she won’t tolerate from her pal and comparing her Real Housewives of Salt Lake City co-star’s legal situation to Erika Jayne‘s.

Heather has seemingly been one of Jen’s biggest supporters following her arrest for allegedly running a yearslong telemarketing scheme, and the Beauty Lab owner recently explained why.

“I have one job, and it’s to be Jen’s friend. That’s it!” she told Andy Cohen on the September 12 episode of Watch What Happens Live. “And you know what, you need friends when you’re in a situation like this.”

Then, when Andy pressed her, asking if she knows whether her friend is truly guilty, Heather claimed it doesn’t really matter to her before admitting she knew Jen’s business wasn’t exactly on the up and up prior to Jen’s March 30 arrest.

“It’s irrelevant. I knew her business was unsavory when I was her friend, so why would I change now that it’s public?” she wondered, adding, “I didn’t know it was illegal.”

“Jen was on my podcast and I asked her for like an hour questions about her business,” she continued. “Because I love business, and I know how hard it is to make money in business, it doesn’t just flow. And I never understood it, and I just assumed it was something that was, like, right along the line of…  Nothing I would wanna be involved in. I didn’t think it was illegal. I didn’t think you’d go to prison for it.”

Heather claimed that if she had known Jen was running the alleged scheme, she would have immediately advised her against it.

“I would have said, ‘Babe don’t do this. Your life is worth more than that,'” she explained.

Since Heather has stuck by Jen despite allegations that she scammed thousands of vulnerable victims, Andy wanted to know if they’d still be friends if Jen spoke negatively about her kids on social media like she’s done with Meredith Marks‘ son, Brooks Marks.

“No. I would not,” she declared while adamantly shaking her head. “I can take it, but, like, my kids are off limits.”

As for whether the mother-of-three has asked Jen to dial it back when it comes to her comments about Brooks on social media, Heather said she has no control over her co-star.

“Jen’s a disaster on social media,” she proclaimed. “And, like, I can’t manage Jen, I think that’s clear. So I just try to show up for her. The truth is I love her. She’s fun, she’s charismatic, she’s smart, and that’s all I need.”

Meanwhile, a fan wanted to know if Heather has also been keeping up with Erika’s legal scandal, which is currently playing out on Real Housewives of Beverly Hills.

“Of course I’ve been watching everything play out because it’s happening for Salt Lake City. It’s almost parallel,” she noted. “But, unfortunately, Jen’s at the hub of her issues and she has a lot more to answer for than Erika Jayne does.”

She then compared how the two women are handling their respective legal scandals before seemingly shading the way Erika’s been responding to her co-star’s questions.

“The biggest thing is that Jen is in it. Jen is honest, and kind of open about her fears and what she’s facing, and the reality of what’s going on,” she shared. “Erika’s very much, you know… presenting.”

She added, “Jen’s asking for help, support, and compassion, and Erika’s saying, ‘Why would you do this to me?'”