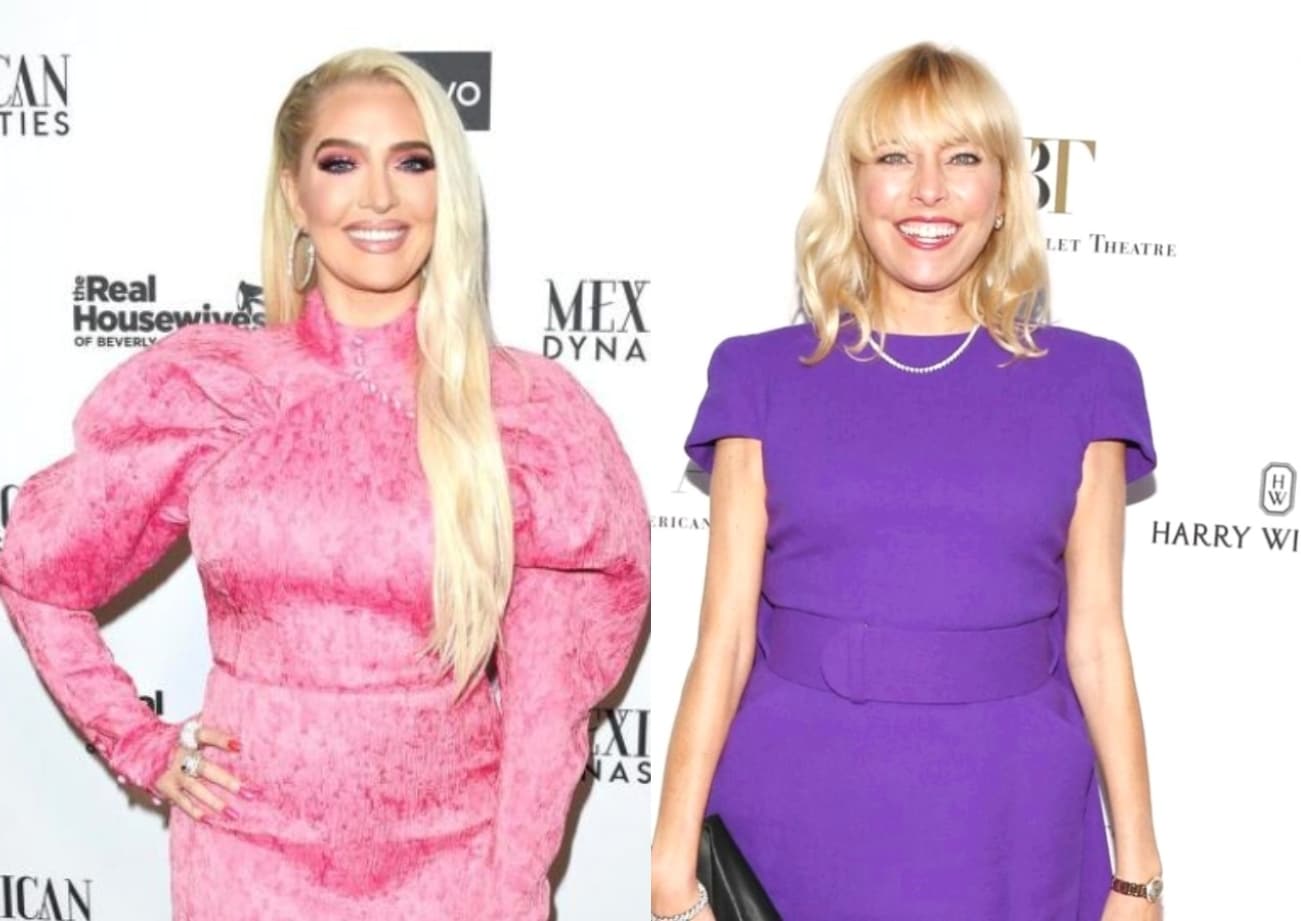 Erika Jayne is seemingly throwing shade at Sutton Stracke following their showdown on Real Housewives of Beverly Hills while a source reveals how Erika felt heading into the reunion.

Erika’s been rather busy on social media as of late as she’s been calling people out left and right. So it’s not surprising that she took to Instagram following the latest episode to seemingly question Sutton’s intelligence for inquiring about the allegations she and her estranged husband, Thomas Girardi, are facing.

On September 8, Erika shared a Wizard of Oz meme with Dorothy asking the Scarecrow how people without brains can function.

“How can you talk if you haven’t got a brain?” Dorothy asks her straw-stuffed companion. And the Scarecrow replies, “I don’t know. But some people without brains do an awful lot of talking, don’t they?” 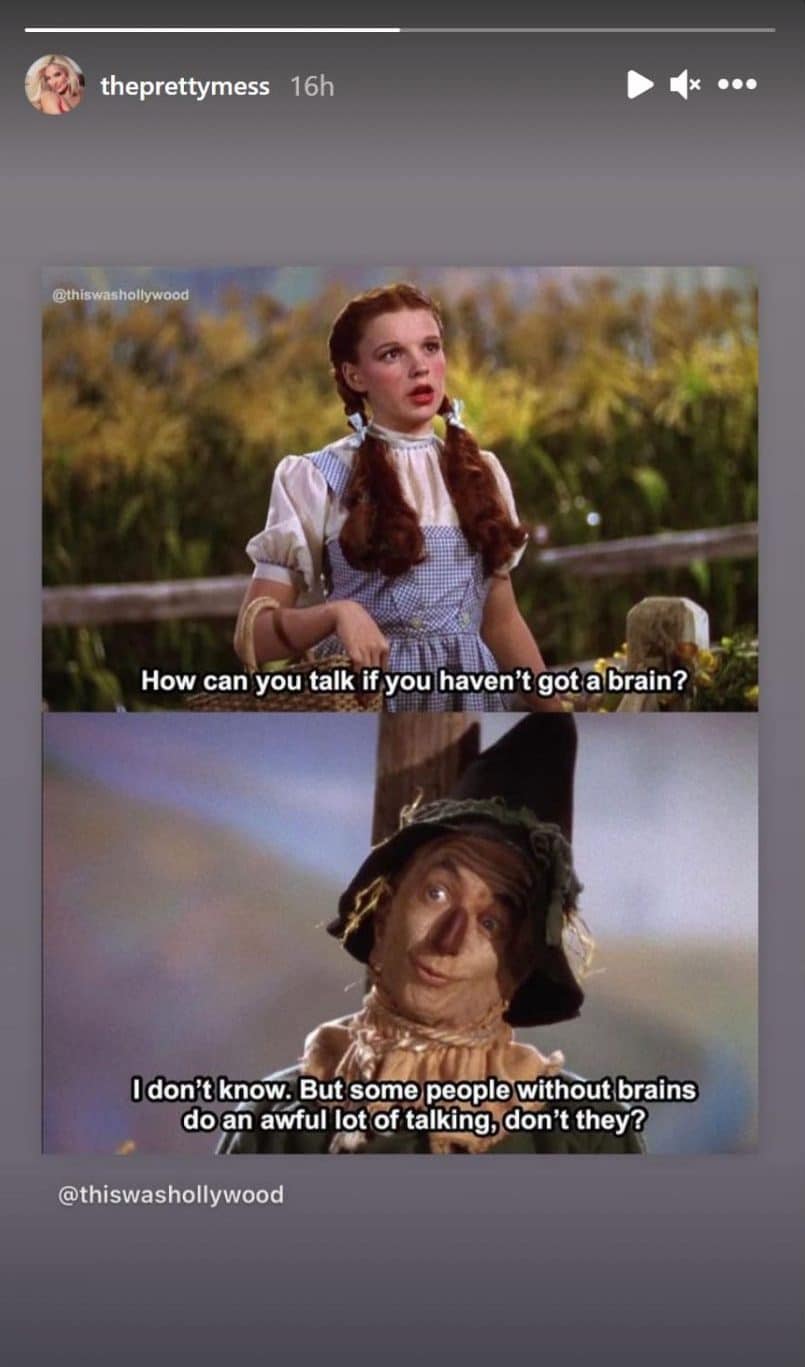 Though Erika didn’t name any names when she shared the post, it’s fairly evident the post was directed at one or more of her co-stars considering her strong reaction in the episode, which included her threatening to sue Sutton.

But The Wizard of Oz isn’t the only movie Erika referenced following the dramatic episode as she also posted a meme from a well-known scene in Gladiator via Twitter. The scene in question features the main character, Maximus, asking the crowd, who had just witnessed him defeat several opponents, “Are you not entertained? Is this not why you’re here?” 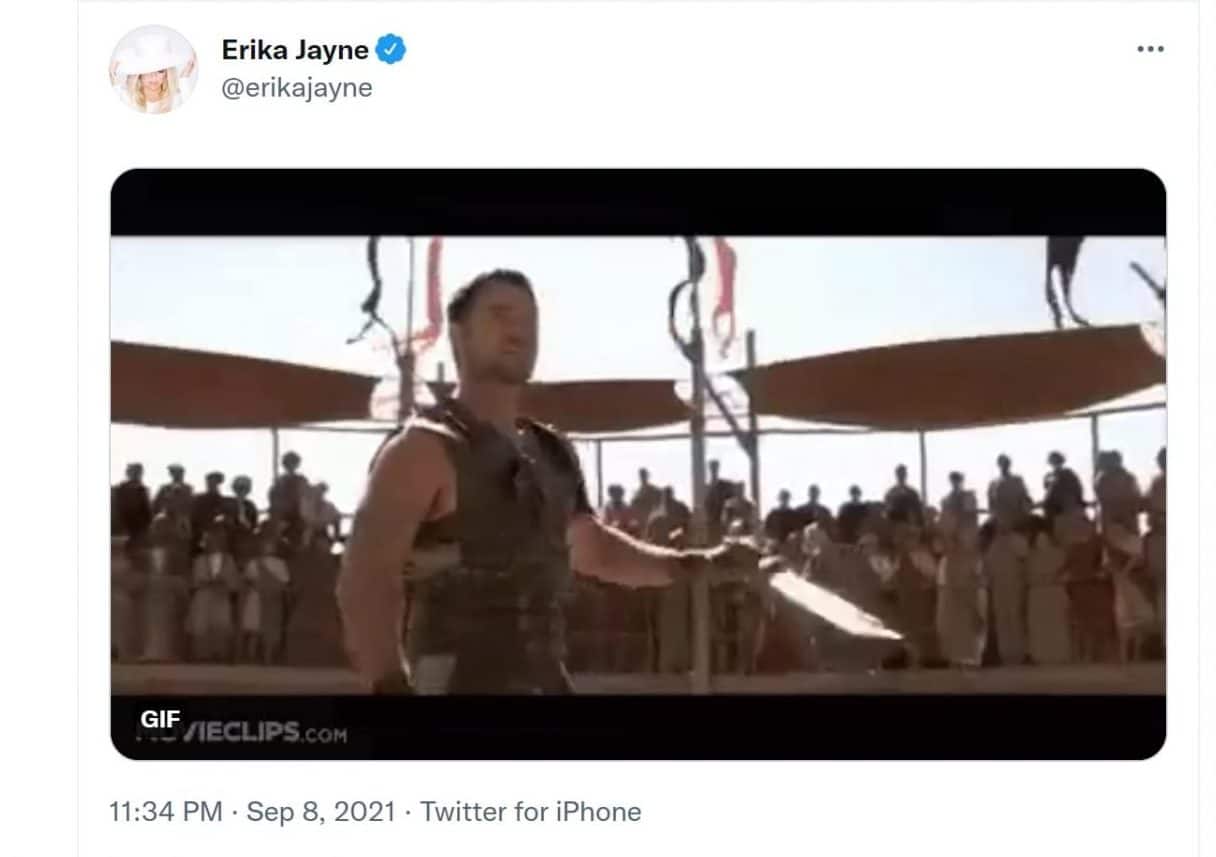 Meanwhile, a source close to the star told Us Weekly that Erika was more than “ready” for the season 11 reunion taping, which took place on September 10.

“[Erika’s] ready to tape the reunion. In fact, she’s been ready,” the insider told the outlet on Thursday.

The source added that Lisa Rinna is the only cast member the Pretty Mess author is currently speaking to.

“Erika hasn’t been communicating with the other Housewives. At the moment, she’s just friends with [Lisa],” the insider spilled. “She’s been watching the episodes and is seeing what the girls have been saying behind her back.”

As a result, the insider insisted Erika was “looking forward to confronting the girls” and “won’t be holding back.”

As fans well know, Lisa has seemingly had Erika’s back the entire season, even defending her pal on Watch What Happens Live last month.

“I’ve known Erika a long time, I don’t think she knew anything. … Why would Tom Girardi tell Erika anything?” Lisa told host Andy Cohen. “The lawyers didn’t even know. That is how I feel, I’m going to stand by it. If I’m wrong, I’ll f—king deal with it.”

And though Kyle Richards has also defended Erika at certain points this season, the Halloween Kills actress also voiced a few concerns regarding Erika’s “truth,” which Erika is planning to get to the bottom of during the reunion taping.

“She’s most furious with Kyle,” an insider told the Sun earlier this month. “She feels Kyle was the most two-faced to her and their friendship won’t be the same. Kyle’s tried to check in since but Erika has had enough. They’ll settle their problems at the reunion.”