Home Real Housewives of Beverly Hills News RHOBH’s Lisa Rinna Asks Fans to Be “Patient” and Defends Erika After Death Threats, Claims They’re “Devastated for the Victims” as Attorney Accuses Her of “Pretending” to Care

RHOBH’s Lisa Rinna Asks Fans to Be “Patient” and Defends Erika After Death Threats, Claims They’re “Devastated for the Victims” as Attorney Accuses Her of “Pretending” to Care 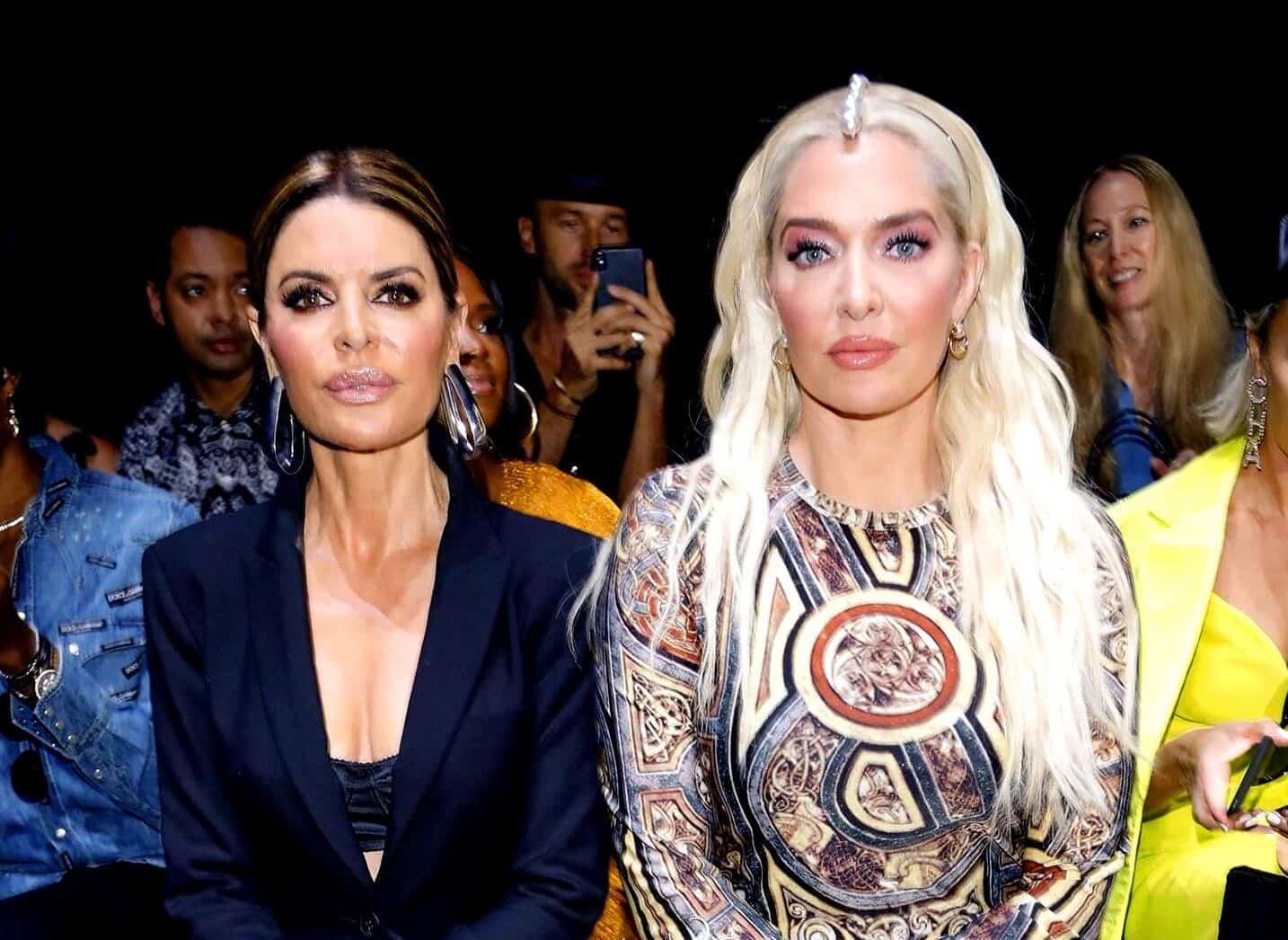 Lisa Rinna came to Erika Jayne‘s defense on Instagram over the weekend after her Real Housewives of Beverly Hills castmate was hit with death threats online.

In a post shared to her feed, Lisa insisted that she and Erika are “devastated for the victims” of Thomas Girardi and his alleged years-long malpractice as Ronald Richards, the attorney investigating Erika’s potential involvement in her estranged husband‘s crimes, called her out on Twitter.

“Be angry be scared by hurt be devastated cry feel all of the grief. Feel all of the feelings… But please don’t threaten to kill us or our families. We are here doing the best we can with a real life situation that is playing out in real time. We are devastated for the victims orphans and widows. Please be patient and be hopeful that justice will prevail,” Lisa wrote in her post. 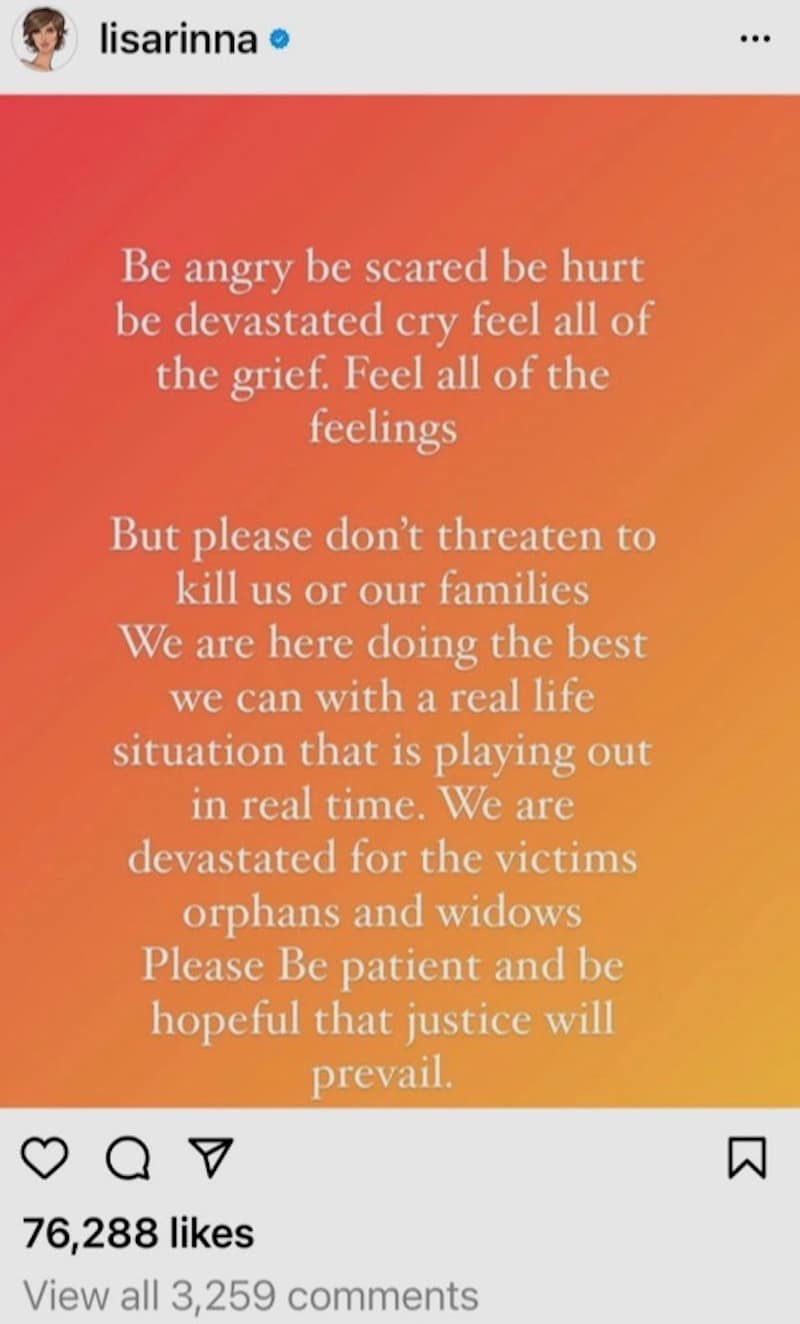 Lisa’s post came after Erika shared a couple of screenshots of threats she received from Instagram users.

“Trying to kill me now? Stop threatening my life,” Erika wrote in the caption of her first post, which included a message from someone who said she “needs to be executed.”

Following the Instagram drama, Ronald took aim at Lisa on his Twitter page by suggesting she’s only pretending to care about the many victims of Thomas, who are owed millions, and claiming she’s been attempting to help Erika financially amid her legal scandal.

“Pretending you care [Lisa Rinna] while your referring [Erika Jayne] to your biz manager to make a successor company and publicly claiming she lacks any legal culpability while doing absolutely nothing for the victims falls on deaf ears and rings hallow,” he tweeted. “This is not TV, your words do matter.” 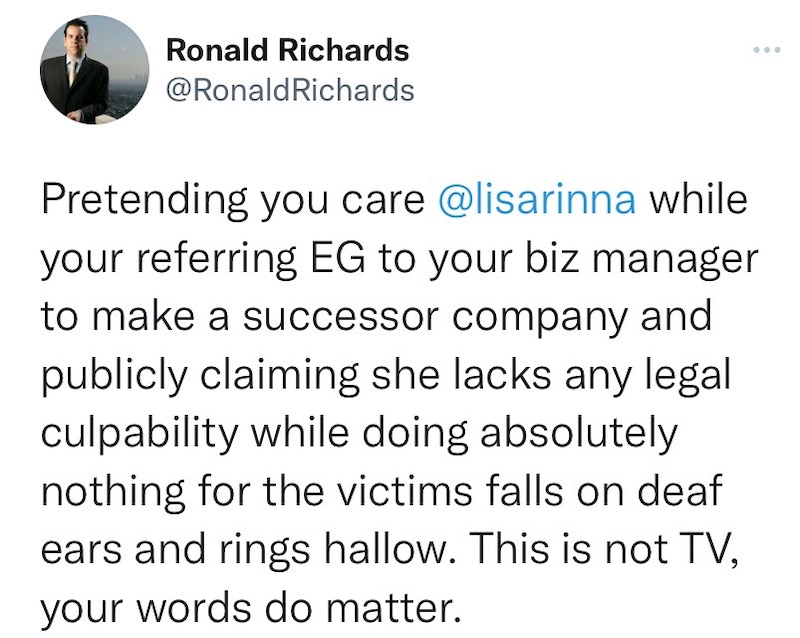