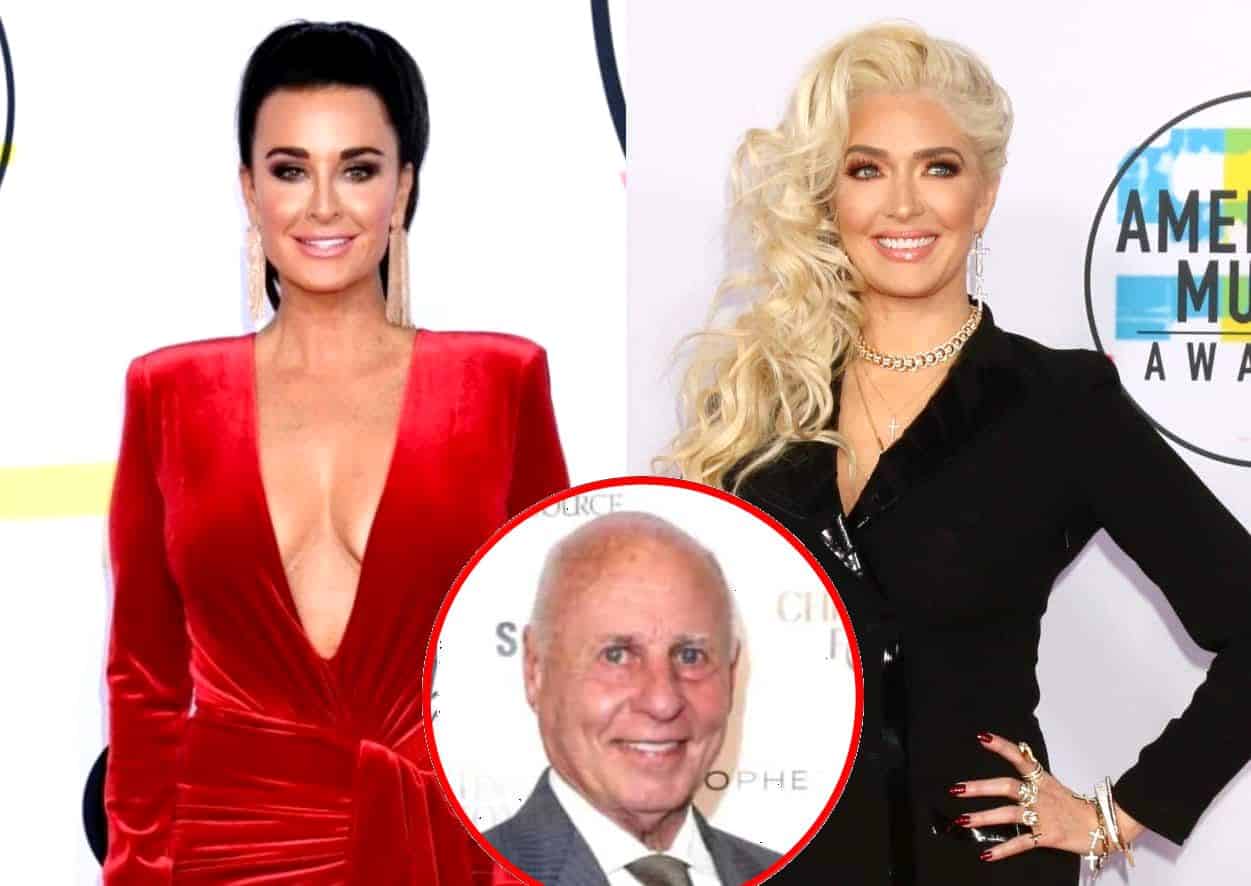 Erika Jayne accuses her estranged husband Thomas Girardi of having multiple girlfriends and claims he was “paying for their lives” as Kyle Richards questions what Erika has been keeping from her Real Housewives of Beverly Hills co-stars.

In a never-before-seen clip, the ladies can be seen gathered around an outdoor table at Kyle’s La Quinta home while diving deeper into Erika’s shocking divorce from Thomas.

As fans have seen on the show, Erika has accused the former attorney of cheating throughout their 21-year marriage, but she drops a few more bombshells in the clip after Kyle asks if Thomas had “serious” affairs or “flings.” Though Erika initially says she “can’t answer that,” she quickly changes her tune when Sutton Stracke wonders why the status of his alleged affairs even matters.

“Yes it does [matter] because if you’re paying for other people’s lives it f*cking matters, honey,” she proclaims in the clip shared by Queens of Bravo on Instagram.

Erika then wonders if her estranged husband’s alleged girlfriends are checking on him following news of his Alzheimer’s disease diagnosis.

“How ’bout this: I hope they’re checking on him ’cause I wanna know.”

A seemingly shocked Kyle then looks for clarification, asking, “They?”

“Yeah, they. There’s more than one,” Erika quickly responds.

This footage was likely captured before the “Pretty Mess” singer leaked photos and messages between Thomas and Justice Tricia A. Bigelow last year. If fans recall, she accused Thomas of paying for the Justice’s bills and plastic surgery.

“This is Justice Tricia A. Bigelow. She was f*cking my husband Tom Girardi and he was paying her Saks bill and paying for her plastic surgery,” she wrote in the now-deleted Instagram post on December 18.

Meanwhile, elsewhere in the clip, Kyle can be seen questioning Erika’s “truth” in a confessional.

“All of these years Erika has been building Tom up. He’s amazing, he’s so smart, he’s so supportive,” she tells the camera. “This is a completely different story than we’ve ever heard. Like, black and white. What’s your real truth? And what have you been keeping from us?”

Nevertheless, she seemingly had Erika’s back while in her co-star’s presence as she points out how loyal Erika had been to Thomas despite others believing she was just a “beautiful gold-digger.”

“And who’s the most loyal all the way down to the f*cking line,” Erika responds to Kyle’s remark.

“You!” Kyle declares as Erika raises her hand.