Bethenny Frankel Says She Told Andy Cohen of Tom and Erika’s Money Issues Years Ago, Claims Tom Owed Money to Her Late Fiancé and Reveals the Amount, Plus the Two RHOBH Cast Members She Also Told 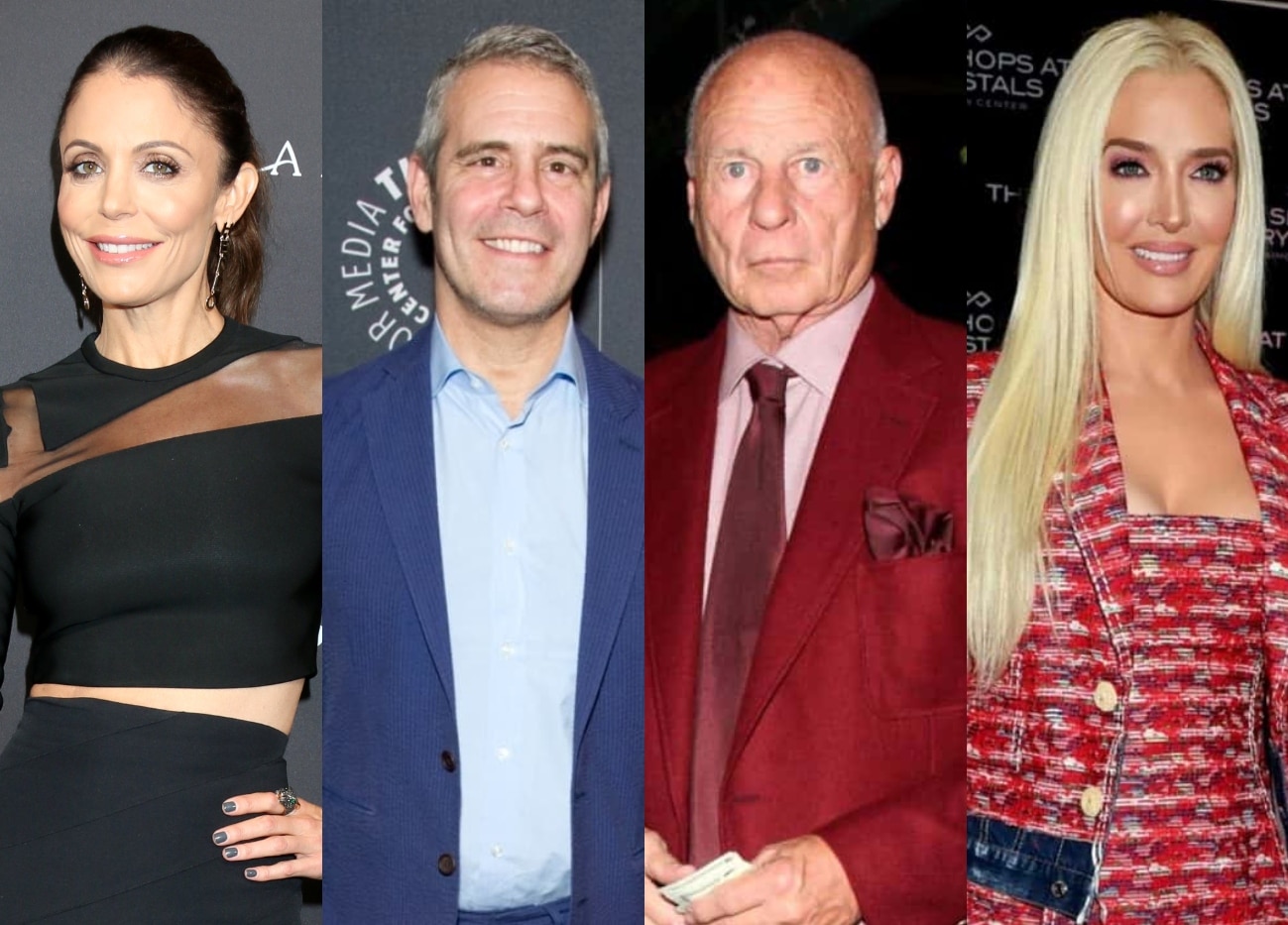 While discussing cancel culture and those who have been “canceled” versus those who have been “demoted” on the latest episode of her podcast, Bethenny first weighed in on Erika’s status amid allegations that she was complicit in Thomas’ alleged embezzlement scheme, which some have also called a Ponzi scheme.

“No, she’s on trial right now,” she said on the Just B podcast in reference to whether Erika has been canceled yet. “No judge has put the gavel down. And because she hasn’t had her mea culpa, and she hasn’t said her thing, she’s definitely semi-demoted. But she’s on a show that’s celebrated for trashiness and scandal.”

“Obviously I know what’s going on, but I haven’t seen the show. But I have a specific perspective on this,” she added before dropping a bomb by revealing she’s known about the former couple’s money issues since 2017.

According to Bethenny, she was extremely intrigued by the fact that Erika often bragged about spending $40,000 per month on glam, so she asked her late-fiancé Dennis Shields about it since he knew Thomas and had some insight. As it turns out, Dennis’ company, Law Cash, had loaned Thomas a great deal of money.

Dennis allegedly explained to Bethenny that although people in the industry were perturbed with Thomas’s actions,  the former attorney was determined to spoil Erika.

Bethenny said Thomas’ alleged behavior was a “well-known secret” in the industry before recalling a conversation Dennis had with a billionaire lawyer at a conference in New Orleans in 2018.

“When Dennis [said to the attorney], ‘Do you know Erica Jayne spends $50,000 a month on her hair and her makeup?’ The guy was like, ‘What?! He owes everybody money!  He’s being sued by everybody,'” Bethenny shared of the conversation. “So it was a thing. So I knew about it.”

She added, “That’s just what happens, things take a long time to come out. But everybody in that industry knew about it. All these major lawyers, they all knew about it. And I told [Erika’s makeup artist] about it. I told Andy Cohen about it, just to say, it’s not what you think.”

Furthermore, Bethenny claims she also tipped both Kyle Richards and Lisa Rinna off about the matter, telling them Erika and Thomas “don’t got [the money] like that,” but she didn’t reveal how Erika’s co-stars responded to the revelation.

However, she did share how Andy Cohen responded once news about Thomas and Erika’s legal scandal began to break.

As for why Bethenny decided to share the jaw-dropping information now, she explained she wanted to send a message to her listeners.

Bethenny also called out other housewives who are trying to portray themselves as something they’re not.

“My experience, especially with the housewives, is if someone’s flaunting their money, they don’t really have it,” asserted.

“And particularly on Beverly Hills there have been a lot of show but no-go girls,” she continued. “And the more that they flaunt it, and the more that they brag about it, usually there’s something wrong. I’ve always found that if you’re really flaunting your money, then you probably don’t really have it.”