Home Below Deck Mediterranean Below Deck Med Recap: Lloyd Gets Sick and Courtney is Promoted to Second Stew as Malia Struggles to Get Her Crew Focused

Below Deck Med Recap: Lloyd Gets Sick and Courtney is Promoted to Second Stew as Malia Struggles to Get Her Crew Focused 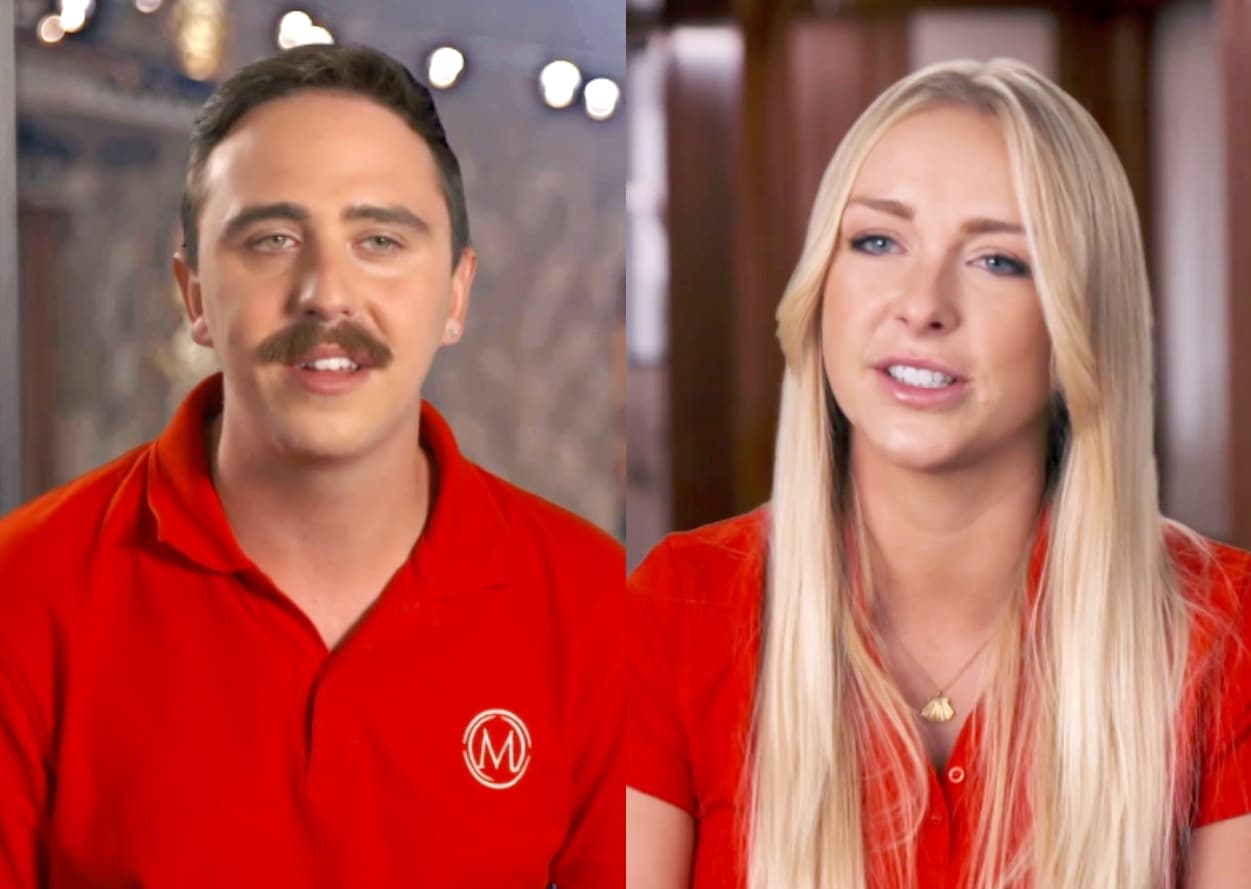 Sometimes, when pressure is put on a person, anxiety becomes too hard to control. On this episode of Below Deck Mediterranean, the crew preps for the final charter and navigates a few hurdles along the way.

Nothing causes more angst than having Captain Sandy in your ear telling you that you must hustle when you’re already stressing out. Mistakes after mistakes are being made by Malia’s crew, and she is getting fed up with their errors. Now that the charter is ending, Katie and Courtney can breathe a little easier, considering they did a four-person job with only two people. Katie finally gives Courtney her stripes to make her the second stew, which is lovely, but really, Katie has no other choice BUT Courtney at this point. LOL, JK… Courtney definitely worked for that position, and she deserves it 100%.

The guests are departing and everyone bids farewell to them. Luckily, the tip envelope looks pretty hefty, which makes all of their hard work worth it. During the tip meeting, Captain Sandy applauds Katie, but of course, Malia has a big problem with that. She is not happy that her deck crew is stuck picking up the slack for the interior, and thus they have been making some rookie mistakes. Malia is more worried about how her crew *looks* in front of Captain Sandy.

Malia asks to meet with the deck crew, and it turns out that they are oblivious to Malia’s tension on deck. I love how Malia is all smiley until she gets called out for a mistake. Then we are all treated to the true Malia. She wants her crew to be more on top of their game, and she reminds Mzi that although he is green he shouldn’t be making those errors again. Funny how Malia then turns her attack on Dave — ya know, the guy who was TOLD TO REST this past charter due to his injury that Malia failed to report. In his confessional, David reminds us all that he was asked to take a step back by the captain, yet he takes a tongue lashing from Malia about hustling and working harder. According to Mzi, “It’s just one of those mornings,” but he is still kicking himself for messing up.

It’s the last preference sheet meeting for upcoming charter number seven. It’s a group of high-profile clients (Jemele Hill is baaaack) who have big asks… like a beach picnic, oh, and a crew talent show! (BTW, who wants that sort of entertainment? If you have enough money to charter a yacht, HIRE the fun!) Mathew is trying to hold onto his zero complaints run, and he has hopes that this group of guests will enjoy the food as much as the others. No pressure!

The guest left Katie a hat that she has been eyeing up from the last charter, and he even stuck a poem in there for her. How romantic… until you read the poem. In Katie’s words, “Did you just sext me in poetry?”

It’s the second to last night out with this crew and they are all in it to win it. They are certainly enjoying their time at the vineyard and they truly get along well. Mat suggests that they all go away for a few days after the charter, but maybe they should leave Malia out of it. She won’t drop Mzi’s mistakes!

Courtney stands up to thank Katie for being a “boss b*tch” and goes on to thank everyone for putting in the extra work to help the interior. The crew is in agreement that Courtney is really the foundation of the crew, and they toast to Coco. Things take a turn when Mzi tells Courtney he needs to apologize for sending the roses. If it wasn’t awkward before, acknowledging the situation makes it worse! #secondhandembarrassment.

When Mat brings up how nice it is that Lexi is no longer there, there is almost an audible sigh made by everyone. Why is Lexi still on Mat’s mind, especially when they are having such a great night?! Malia tries to show Mat the other side of Lexi, and she attempts to relate Lexi’s life to hers. Lloyd takes the words right out of my mouth. “Why are we talking about her? She’s gone.” Mathew goes on and on about how awful Lexi is/was, but he seems to be forgetting that he was NO angel in the whole situation.

Courtney gets upset, and she reminds Malia that everyone is going through a tough time and you don’t necessarily need to take your emotions out on others. Mat jumps in and retorts, “I’m sick of all this Lexi defending.” Everyone tries to keep reminding Mathew that Lexi is still a human being, and Mat really needs to get rid of Lexi living rent-free in his mind. Dave does his best to talk Mat out of his Lexi bashing, and he shares a tale about a dark part of his past. Everyone has a story and it’s important to be respectful. Always.

Malia totally knows that Dave is off this evening and she pries him to open up. Dave rides back home with the girls and lets Malia know that he thought she was being a bit condescending toward him. Dave further lets Malia know that he has been feeling a bit underappreciated, and so Malia tries to backtrack and explains that she simply holds Dave to a higher caliber… as if that makes anything better.

Gotta love Lloyd. In the other van, Lloyd reminds Mathew that he is lucky to be still on the boat. Touché! The late-night party gets wild fast, but Dave has opted out of the debauchery. As he sleeps, the ladies dance, and Mzi falls into the bushes ala Luann from RHONY. They are just all so messy — but entertaining.

With only five hours before the guests arrive, the whole (hungover) crew prepares for the final charter. Lloyd is very much in his own head, worrying about the next job to come and his performance for this last trip. He isn’t the only one experiencing anxiety — Katie is a bit nervous taking this on again with only two stews.

The pressure is clearly getting to everyone, especially Lloyd. He is not communicating with Malia and it is clear that something is off with him. Instead of asking him what is wrong, Malia just reminds him that he continues to make mistakes. Nothing like knocking someone down when they’re already not themselves. Interesting leadership style.

Later, when Lloyd is working out on the deck, he becomes sick. I feel SO bad for the guy. Clearly, something is not right, and when he tells Malia he felt anxious and had chest tightness, I can’t help but blame Malia for coming down so hard on him before. Malia runs right over to let Captain Sandy in on Lloyd’s situation and Sandy grabs him to take his blood pressure — after she makes him do some stairs to get to her spot (eye-roll). Lloyd does not look good. His blood pressure is incredibly high, and he needs to get to shore ASAP. It’s concerning, and although Captain Sandy keeps reminding him that he’s gonna be fine, she is the last person I would want to try to calm me down. Just wish someone could be with Lloyd as he speeds away in the water taxi. To be continued…