Married at First Sight Season 12 Update: Where Are They Now? Find Out Which Couple is Still Together 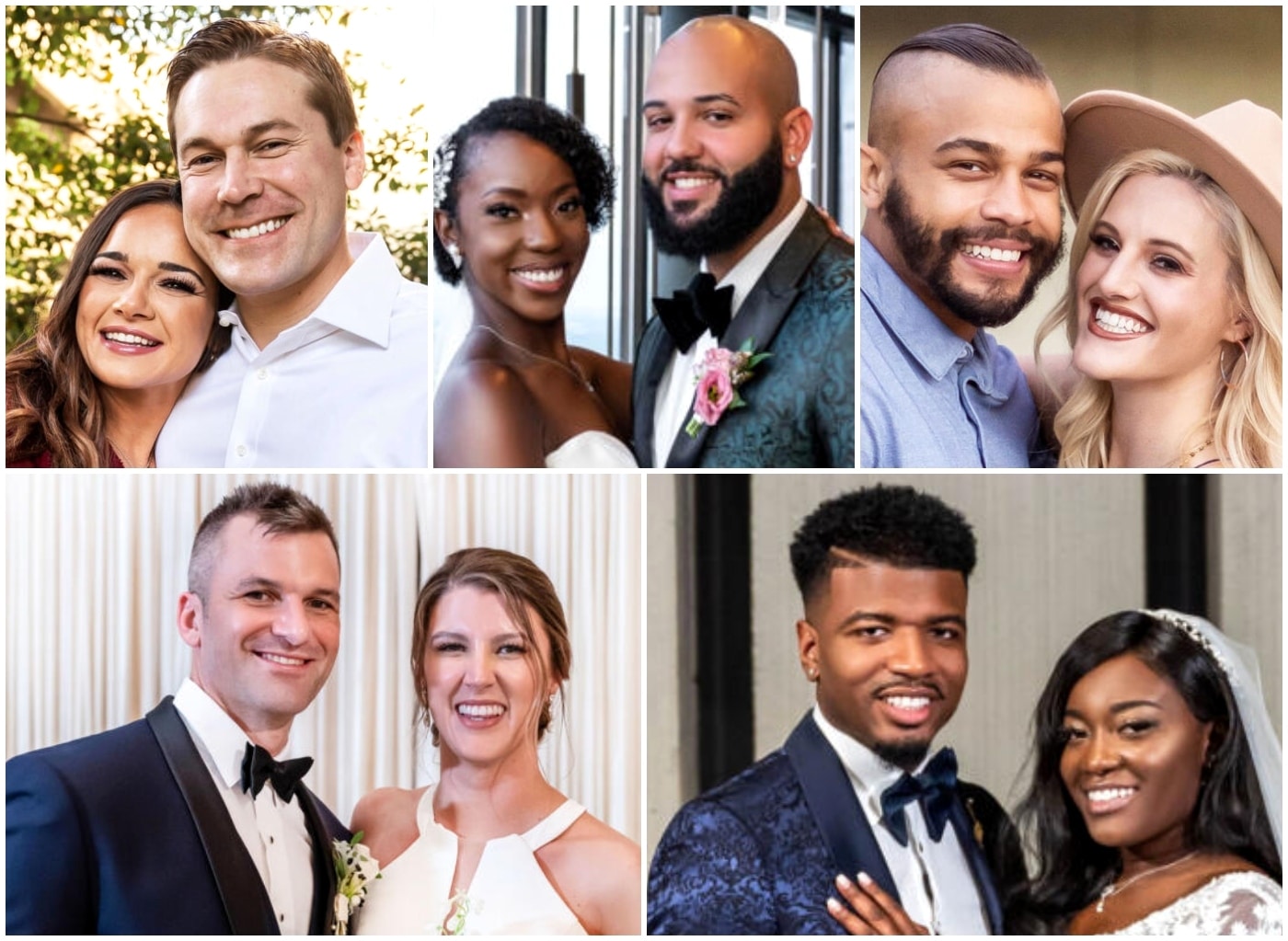 Three Married at First Sight couples chose to stay together at the end of season 12, but how many actually lasted beyond the show?

Following the conclusion of the Atlanta-based season, which was the first to include a divorced cast member and also the first in which a cast member learned that his ex was reportedly expecting, Reality Blurb is sharing an update on where the men and women of the Lifetime series stand today. 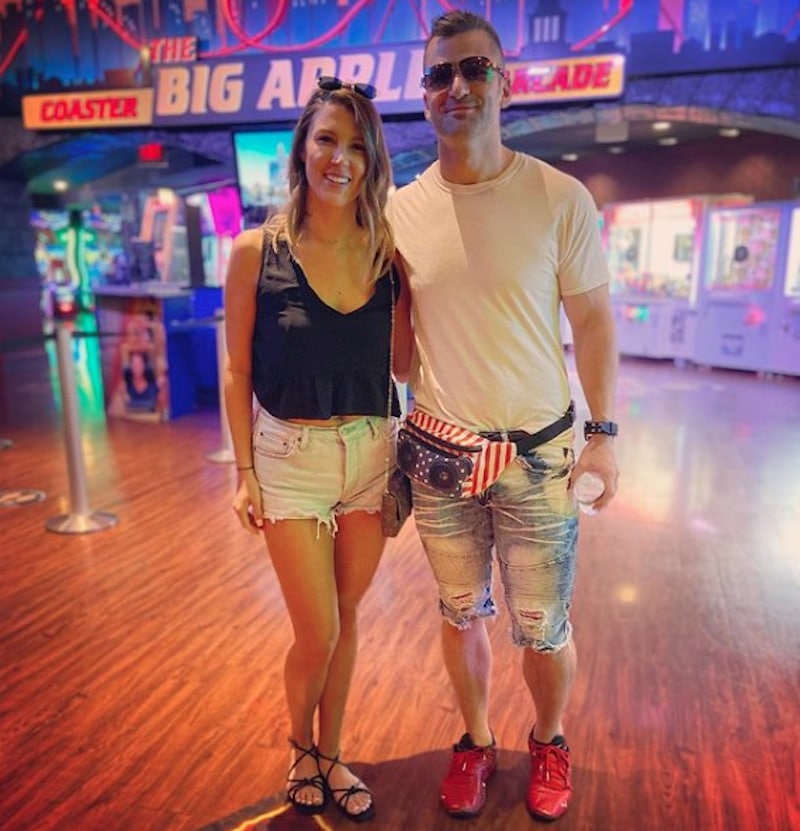 After struggling with communication and trust issues throughout the season, account executive Haley Harris and senior IT analyst Jacob Harder, who had a 10-year age gap between them, decided not to stay together.

Prior to decision day, Jacob blocked Haley across several platforms and Haley admitted to giving up on their marriage after failing to establish emotional and physical connections with Jacob.

Since filming wrapped, Haley, who appears to be single and enjoying time with her girlfriends at this time, has been traveling. She recently visited Spain.

Jacob also seems to be single as he said in a recent Instagram clip that he lives alone and described himself as a “caveman.”

In another post, as he celebrated his 40th birthday, he told his fans and followers he was having a low-key night in.

“40. Not going out tonight and drinking but just relaxing and reflecting. I might watch The Ninja Turtles 1990 movie, get some sparklers and put on a show out back with the Dogs… Just wanted to say thanks for all the B-day wishes and remind everyone to live life by your own standards. Climb a tree, lay in your front yard, be weird as life should be if you so desire,” he wrote. 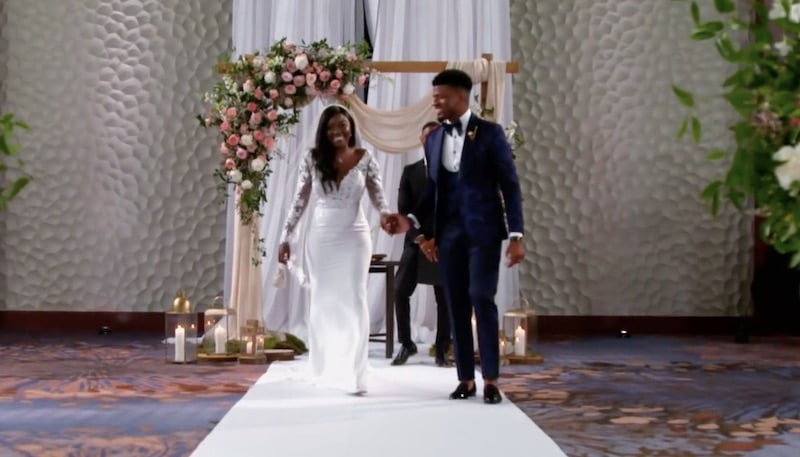 Accountant Paige Banks and finance manager Chris Williams couldn’t make their marriage work. After being engaged several times, Chris seemed unsure of their relationship from the start, and at one point, he admitted to having feelings for another woman.

Also during the taping of the show, Chris learned that his ex was allegedly pregnant. However, because it was ultimately confirmed that the ex was no longer pregnant, Paige did attempt to make things work with Chris.

While Paige doesn’t appear to have found post-divorce love quite yet, she’s been practicing self-love.

“How are you loving on you today?” she asked her Instagram audience in July.

In May, around the time of the finale episode, Paige seemed to throw some shade at her ex as she shared a telling message on her page.

“Honey… You are love. So don’t react to hate. You are light. So don’t let anyone dim your shine. You are peace. So don’t allow chaos in your life. You are joy. So don’t soak in yesterday’s sorrows,” the message read.

Meanwhile, on Chris’ page, he recently suggested he was still looking for love as he posted an amusing meme. 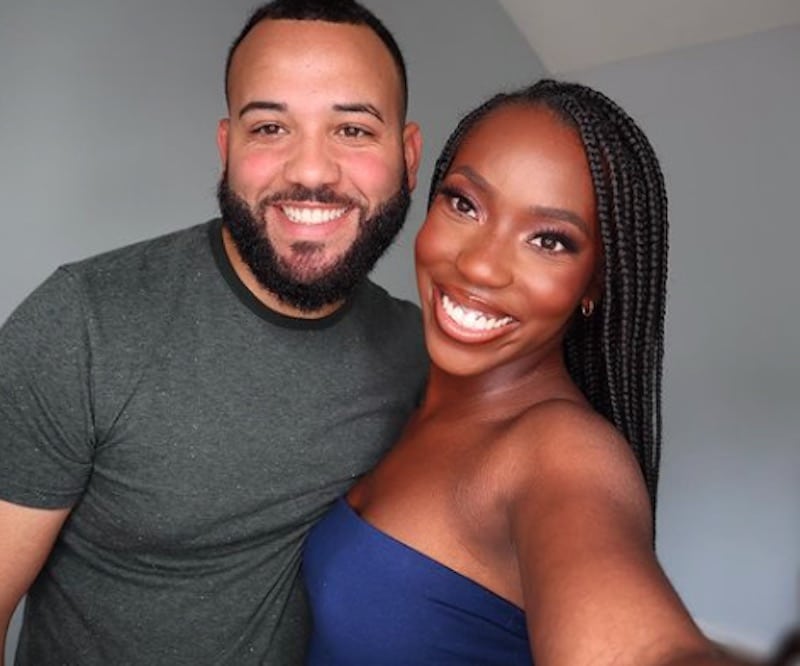 Engineer Briana Miles and auto broker Vincent Morales agreed to stay together at the end of the show, and during the final episode of the season, they confirmed plans to buy a condo.

Though during the show, Vincent struggled to communicate and suggested Briana was bossy, the couple was able to work through their challenges and enjoy one another’s company, with Vincent frequently wining and dining his wife.

At the time of the season 12 finale, Briana said she was suffering from baby fever as Vincent admitted he wasn’t quite ready to start a family. And while they haven’t announced any family news quite yet, they are still very much in love. 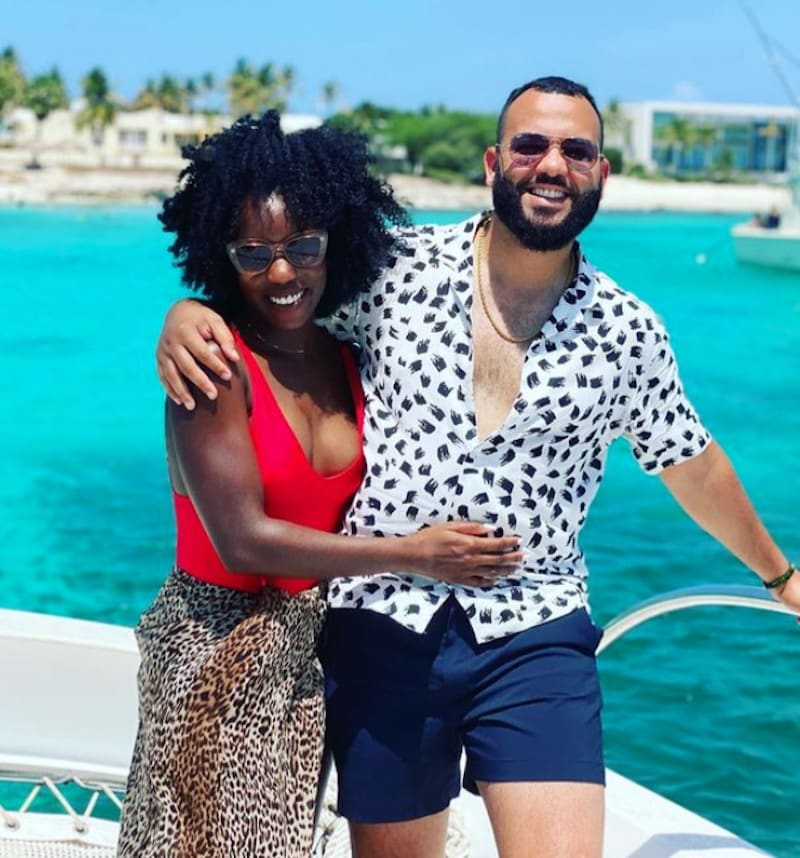 “To the man who makes me laugh and cry happy tears. To the man who brings me sushi and flowers when I’ve had a bad day. To the man who will go over and beyond to make me abundantly happy and never stops learning new ways to make me smile. Happy Anniversary baby!!!! 1 year down and a lifetime to go! Te Amo,” Briana wrote to Vincent on Instagram.

In the caption of an Instagram post last week, Vincent reminisced on his wedding day, as unconventional as it was, saying, “Sometimes you have to roll the dice and hope for the best.”

For more on Briana and Vincent, check out their recently-launched YouTube Channel. 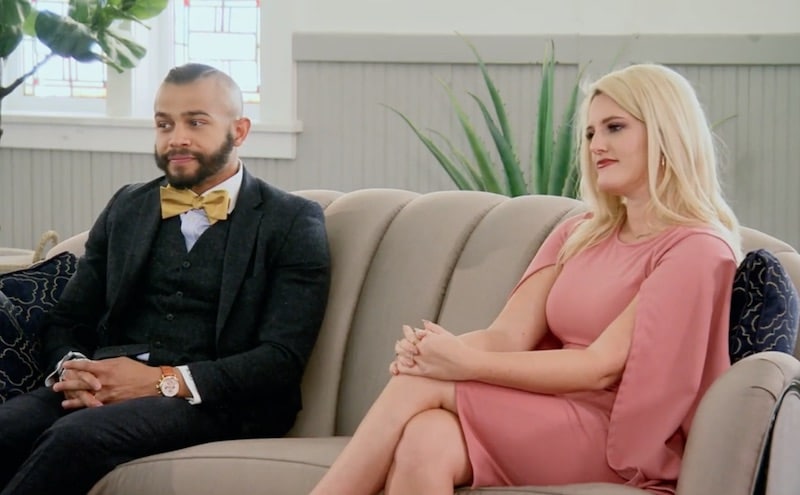 Flight attendant Clara Fergus and project manager Ryan Oubre continued with their marriage even though Ryan didn’t say “I love you” to Clara until the reunion and admitted he wasn’t ready to have sex with her throughout the season.

Sadly, shortly after the season concluded, the couple announced they were separating.

“After taking some time away from cameras, we have reached that point in our marriage where we know it’s better to go our separate ways,” they said in a joint statement to PEOPLE in July. “It’s not an easy decision to make it, nor we do we take these next steps lightly. Grateful to all who stood by us, and continue to stand by us as we make this very difficult decision. It goes without saying, we remain friends and hope for nothing but the best for each other.”

While Ryan isn’t all that active on Instagram, he did recently share a photo of himself working out.

As for Clara, she recently sparked rumors of a new relationship on Instagram. However, after one of her followers questioned her about the romance, she set the record straight, saying he was “just an old friend I hadn’t seen since college.” 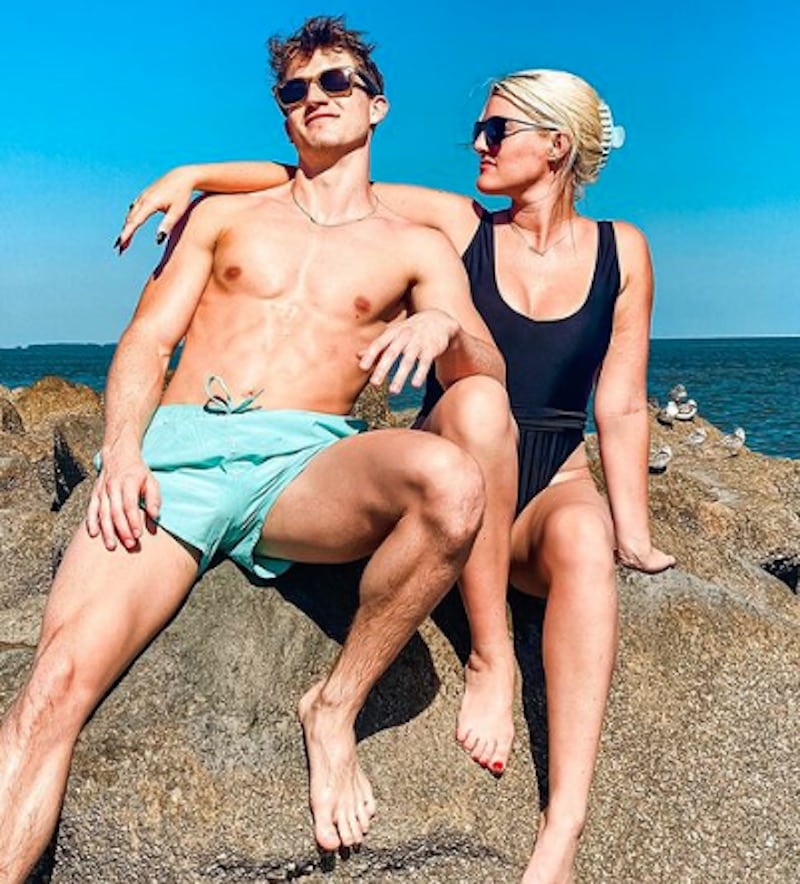 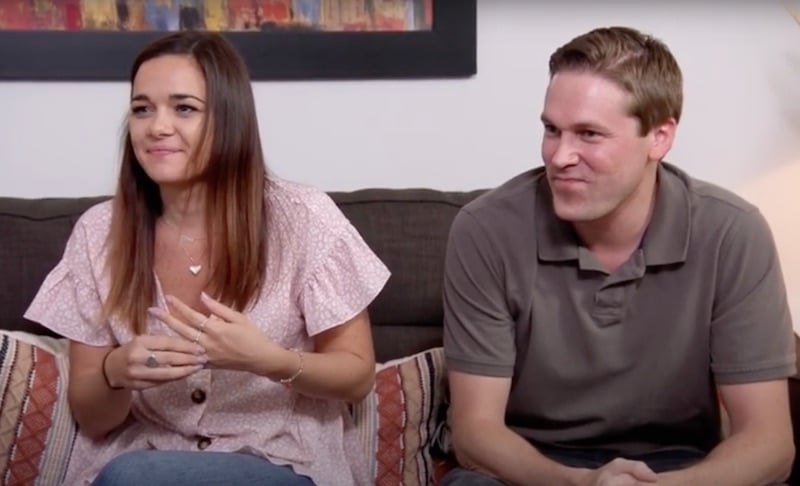 Account coordinator Virginia Coombs and pilot Erik Lake also chose to stay married. But, during the finale, the duo admitted they were still learning how to communicate while living together at their condo with her cats, who the sometimes-controlling Erik is allergic to.

Unfortunately, they were unable to make it work and have since split.

“We’ve made best efforts to keep some parts of our relationship out of the public eye. This entire process has been difficult as is without the constant chatter of public opinion,” Erik and Virginia told E! News. “Contrary to popular belief, we’ve been together and trying to make our marriage work since Decision Day. While we have decided to get a divorce, we aren’t closing the doors on a possible future together.”

“We love each other and will continue to navigate our new reality post show,” they added.

Since their breakup, Virginia has been seen spending time with friends, including her also-newly-single co-star Clara.

While Virginia faced rumors of a new romance last month after sharing a photo of herself and a mystery man on her Instagram Story, via Monsters and Critics, she quickly shut down the reports, explaining that he was actually a Married at First Sight producer. 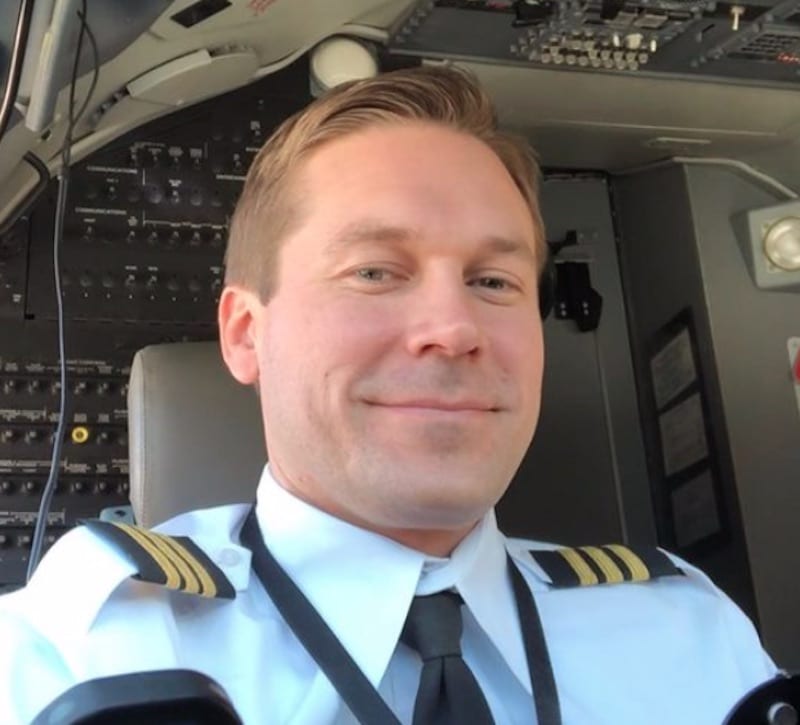 Erik and Virginia’s split was documented on Married at First Sight: Couples’ Cam, where he admitted, via PEOPLE, that their breakup was “very hard,” and she described the end of their marriage as “heartbreaking.”

Married at First Sight season 14 will take place in Boston, but a premiere date for the new episodes has not yet been set.