Home Below Deck Mediterranean Below Deck Med Recap: Mathew Spirals Over a Few Bad Services and Lloyd Returns After His Panic Attack, Plus Does Katie Regret Having Only Two Stews?

Below Deck Med Recap: Mathew Spirals Over a Few Bad Services and Lloyd Returns After His Panic Attack, Plus Does Katie Regret Having Only Two Stews? 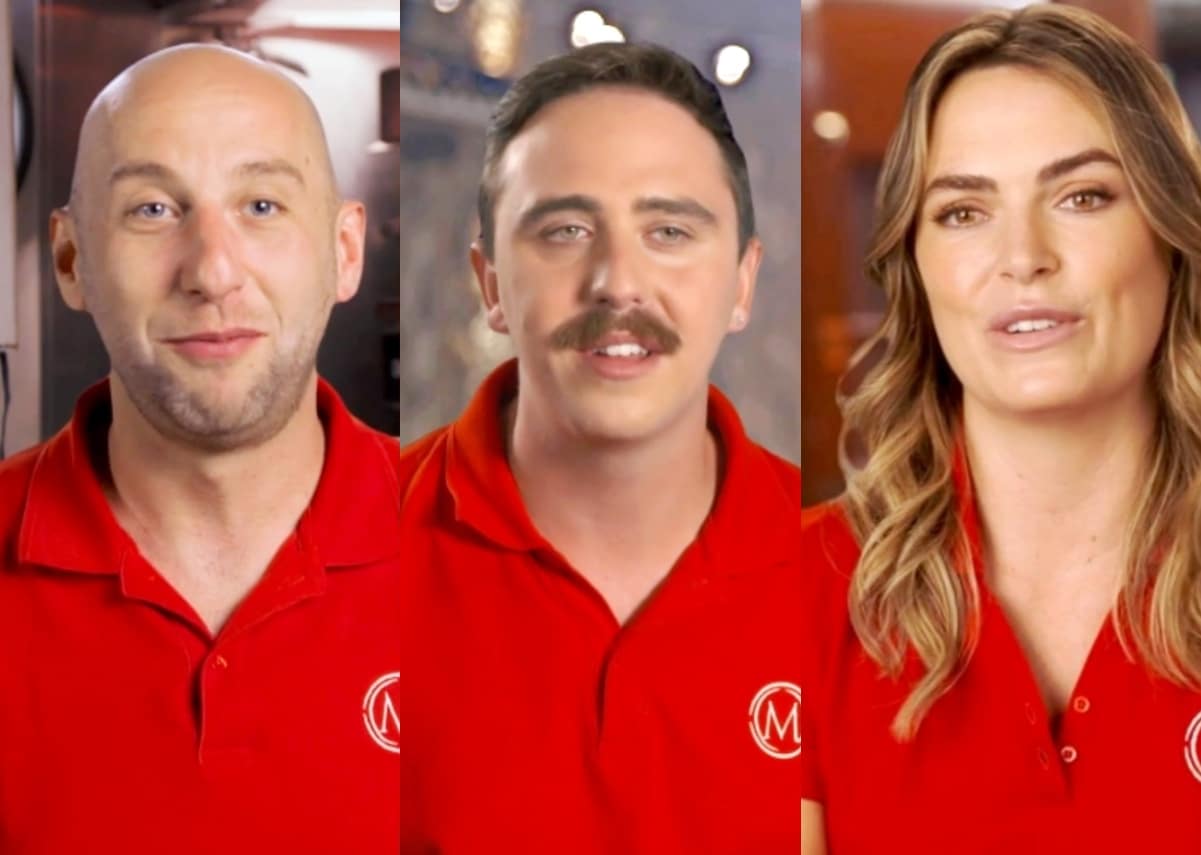 Running a superyacht with only six crew members seems like quite a difficult feat. On this episode of Below Deck Mediterranean, teamwork is required to stay afloat, and it seems as though they are all going to drown during this final charter.

Lloyd is off the boat to visit the doctor due to his high blood pressure and chest pains. Captain Sandy calls a meeting and forewarns them all that they may soon be down a crew member… in every department. Here’s to hoping Lloyd gets better and returns soon.

Katie’s plan for the incoming charter is to simply “survive.” Guess she can’t lean on the deck crew as much as she did last charter as they have their own issues to take care of without Lloyd there. Malia makes it clear that her crew must serve the deck before picking up the slack elsewhere.

The guests board the yacht and are given the grand tour by Katie. The tension begins to build as exterior hustles to bring in the belongings/appear as though everything is simply fabulous. When the guests visit the galley, they muse to Chef Mathew, “Where’s your hairnet?” LOL. #baldjoke.

The anchor gets lifted and off they go. It doesn’t take long for everyone to realize these guests are a bit rowdy — there’s drink spillage and steamed clothing requests… all extra things that take up time that none of the crew has. Everyone working on the boat is stressing, especially the chef because he is a child who states, “I get insecure whenever I get criticism.” Jeez, Mat. Suck it up and move on. He has high hopes of knocking the socks off of the guests, but instead, he leaves them underwhelmed with his first dish. According to the guests, the fish is “mad bland,” and this is what starts Mathew’s downward spiral.

It turns out that Lloyd had a panic attack, but he is luckily feeling better. Captain Sandy wishes for him to get a good night’s sleep and hop back on board tomorrow. Wonder if the doctor will prescribe him medication?  He best make sure to let the captain know about it so as to follow maritime law…

Mathew is wallowing in insecurity, but there is no time to feel bad. Katie tells Mathew, “You can cry in three days,” when the charter is over. But drama queen Mat retorts, “Sorry I ruined the charter.” So this is how this is going to go. Mathew: newsflash. It’s not all about you!

All the water toys go out, and while Dave and Mzi break their a*ses, Malia walks around Captain Sandy-style and makes sure everything is done up to her standards. The guests on the water toys are not quite getting it, but they sure are putting in the effort. Despite being a man down, exterior does a solid job of making everything run smoothly.

Jemele, the primary, is celebrating her first-year anniversary dinner with her friends, and while the guests get dressed, donning their freshly steamed whites, the crew is hustling to set everything up. Chef Mathew is stuck inside his own head and is stressing out. Turns out Mathew cooked the same meal Jemele and her husband had at their wedding one year ago, and luckily, they LOVE his dish. Now he can stop being a little baby and carry on.

Malia explains that it is around the clock with deck crew and it’s a lot. It’s a lot for everyone. They are all pulling double, triple, and quadruple over time. Take Katie, for instance. She is the guests’ bartender, maid, and clean-up committee. The guests are still raging at 4:10 a.m., and she doesn’t actually go and lay down until 4:32 a.m. YIKES. However, she is not backing down on her decision to be down a stew. Although she may stand by her choice to work around the clock, everyone else working on the yacht is affected by it as well. Bet she didn’t think about that…

A real treat is waiting for everyone the next morning: Lloyd is BACK. According to Mzi, “Lloyd is probably one of the purest human beings I’ve ever met,” and I would have to agree. Despite the happy news that Lloyd is on board, the weather is less than thrilling. The wind is ripping and the crew is left entertaining the guests on this rainy day. The exterior is doing a particularly excellent job keeping the guests happy and busy. Between Mzi, the golf extraordinaire, and Katie, the bartender, the day goes by without any issues.

Captain Sandy takes a quiet moment to pull Lloyd aside to try and see what caused the panic attack. Lloyd lets Captain Sandy know that he had a rough year and he got anxious thinking about the season ending. In a rare moment, Sandy softens and offers her number to Lloyd should he ever need to talk.

Hold up — when is Mat NOT in a “headspace?” He’s more like a head case! While he stresses over having a perfect dinner (since Captain Sandy will be joining the guests), the rest of the crew puts on the guest-requested talent show.

These performances are giving me second-hand embarrassment. Mzi does some golf ball tricks, Malia stands on her hands, and Dave does some fancy footwork. Dear God, please make Katie and Coco stop rapping. Is a rap a requirement on every Below Deck season? Asking for a friend… Thankfully, Katie realizes just how terrible they truly were (pretty sure Courtney thinks she nailed it). Bring back Colin!

The dinner gets underway, but it falls apart when Mat serves beets to the guests even though the preference sheets mentioned not serving them. Whoopsie. Mathew appreciates Sandy complimenting his performance post-dinner, but Mathew has completely gone off the deep end. He is beating himself up and the wheels are totally falling off.

As the evening turns into late night and as Katie stays up ungodly late for the second night in a row, Chef Mathew makes Katie lie and say he went to bed. When the guests ask for snacks, it screws Katie, and it is just turning into an absolute sh*tshow.

It’s like Groundhog’s Day. The crew is exhausted and the guests are still being guests — ya know, asking for coffee, breakfast, and other things that guests do. It should be an easy breakfast service, but Mathew is reeling.  “First of all, I’m still upset about the dinner last night.” Get over it, Mat. He starts the day by complaining about omelets and he just doesn’t stop.

Mathew messes up little things like cracking eggs, and he is clearly spiraling. He absolutely must pull it together for the guests and for the crew. Although Mathew feels overwhelmed, asking Katie to shoot him in the head seems a little extra. Perhaps Mathew should think about a career change??