Home Real Housewives of Beverly Hills News RHOBH Reunion Recap: Erika Reveals Tom Had 3 Mistresses and Says She Gave Him All Her Money, Plus Kathy Breaks Down

RHOBH Reunion Recap: Erika Reveals Tom Had 3 Mistresses and Says She Gave Him All Her Money, Plus Kathy Breaks Down 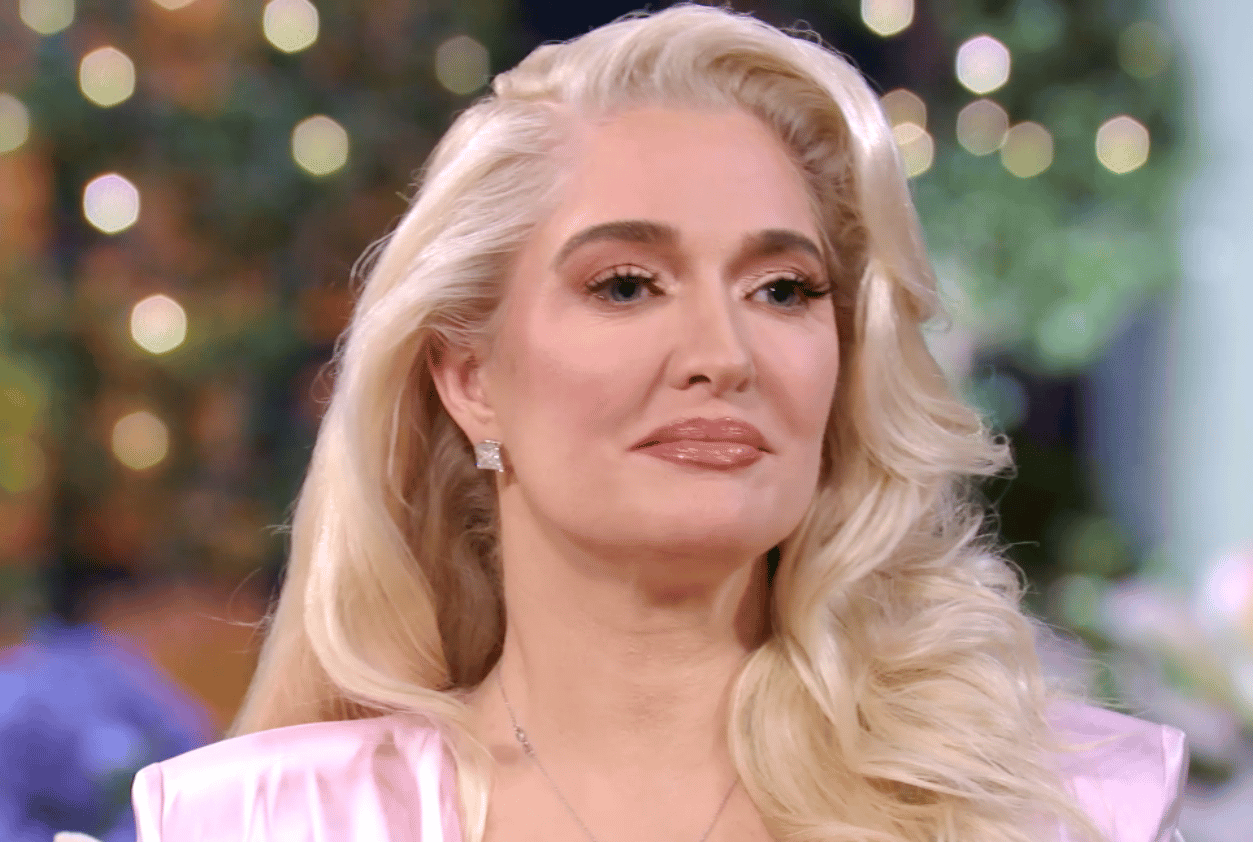 Round II of the Real Housewives of Beverly Hills reunion, and Andy wastes no time putting pressure on Erika.  He asks the questions that Sutton tried to ask throughout the season and keeps pushing when Erika tries to deflect and dodge. It. Is. Perfect.

When asked why she did not leave Tom sooner, Erika explains that cheating is simply just a part of their marriage and that there is so much more to it. Tom was apparently unfaithful for years, and Erika claims that she remained faithful to him up until her divorce. That was only answered after a VERY long pause on Erika’s part.

We are recapped about Erika’s life “drastically” changing, and we are treated to lie after lie coming out of her mouth yet again. Her performance is mediocre over the course of the season, yet Erika states that she is okay watching that footage back. Erika becomes activated when Andy probes to find out why she felt inclined to stay with Tom because Andy knows what Erika makes on the show and “it ain’t bad.”

Was Erika held captive? Erika claims that the power balance was “way out of whack” in their marriage, and she repeats she did not have ACCESS to her money, which is different than not having any money. Erika attempts to stand up for herself, but Andy is holding her a*s to the fire. Erika stutters that she did not know about the liability, and she did not believe the ship was sinking financially but rather Tom was sinking.

Tom’s anger and personality changes are truly the straw that broke the camel’s back, according to Erika, and she states that a wall was up protecting him from questions. Erika struggles to remain in control of the dialogue, but Andy keeps pressing forward, especially about Tom’s mistresses. Erika knows of three mistresses during the marriage, and she actually confronted him about two of them (wish I was a fly on the wall for that!). She also shares that Tom has a FLIP phone, and she once saw a picture of another woman’s t*ts on the phone.

Kyle states that she always heard rumblings about fidelity issues with the couple. When the infamous panties for sale from Tom’s law firm come up, it is clear that there was trouble in paradise. Erika states that was the first time she saw those and adamantly states that it was not her negligee. Awkward.

Erika explains that she is not insensitive. She is allowed to cry about how broke she is, and she states that her life is in shambles whilst wearing a Cartier ring and boarding a private jet — OF COURSE. Erika continues to look incredibly insensitive…

Tom is described as a massive manipulator, and Kyle jumps in to explain that her friend saw a vacancy in Tom’s eyes at a party a while back. They all agree and claim it makes sense now since the stories Tom told seemed to be on a loop and he only talks about them because he can *remember* them. Erika makes it clear that she did not leave Tom because he got dementia — she reminds us all that *she* was the one who was there for him throughout all of his accidents, and she did everything “to do right by him.”

In classic Erika style, she is only leaking stuff about her relationship with Tom when it’s convenient to share. Erika reminds Andy not to dig into an “over-the-top campy dance song” when asked how it feels to be known as a gold digger. Erika is stuck trying to figure out “what the f*ck happened” and claims she is bewildered. She believes that Tom loved her, but then Tom changed. Andy wants to know if Tom ripped off these victims, and Erika admits that things don’t look good for Tom.

Divorce reveals the hidden parts of partners, and things come up that you may never know about the other person. Andy reminds Erika that they are talking about other people’s money, not THEIR assets, but Erika states that she needs to worry about herself, and she cannot allow Tom’s problems to destroy her. However, Erika needs to be reminded she is NOT the victim here…

We switch gears to Dorit and the fact that she “certainly has a gift — the gift of gab.”  TBH, I feel like this reunion is four parts because Dorit couldn’t STFU. Dorit defends herself by saying she is an easy target who just likes to give a lot of details when she tells a story. Even Andy can’t help but yawn as Dorit goes on and on.

Dorit is asked if she realized how bad it sounded when she insinuated that the only brown people her children know are that of the help, and she doubles down. She stands firm on the fact that the statement did not come out the way she had meant it and that there is a lot of diversity in her life.

The “I don’t see color” conversation gets revisited, and Kathy jumps in and states she learned a lot from Garcelle. Although the convo was uncomfortable, Garcelle explains that it was helpful and important to address.

On a lighter note: Dorit swears that she has never had a nose job ……. just like Rinna’s lips are all-natural.

OF COURSE, we have to talk about Amelia and Scott Disick because what else are we supposed to focus on with Rinna’s boring life? She shares that Amelia ended the relationship with Scott and that she has high hopes of Amelia dating Harry Styles. Rinna calls HERSELF shady (spot-on) when she posts a pic of Styles, and I just wanna know why is there so much chatter about this break-up?! MOVE. ON. The only good parts about Rinna are her 93-year-old mother, Lois, and Harry Hamlin… until Rinna shares that Harry Hamlin thinks she is the “smartest person” he has “ever met.” Rinna gifts Andy some of Harry Hamlin’s sauce and gets forewarned that he better send a thank you note if he wants to stay in Rinna’s good graces.

Forgot that Kathy refers to Kyle as Doogie… I think that needs to be focused on more. The sisters hug out their happy ending and are happy to have their relationship in a great place now. Ten years is a long time to be estranged. Andy reminds Kathy how unhappy she was when the limo scene aired the first season, and watching Kim’s issues with sobriety certainly made things difficult. Kathy realizes that they have wasted time in their relationship, and she has hopes that viewers can look at what unfolded and learn from it. Kathy becomes emotional talking about their mother, and Kyle shares how hard it is for Kathy to discuss that topic. The sisters hug it out and the tears are flowing as part two wraps up…

PS… where was Crystal?