RHOSLC Recap: Mary Calls Out Lisa for “Belittling” Her as Jennie Yells at Mary, Plus Angie and Lisa Make Amends After Caterer Drama 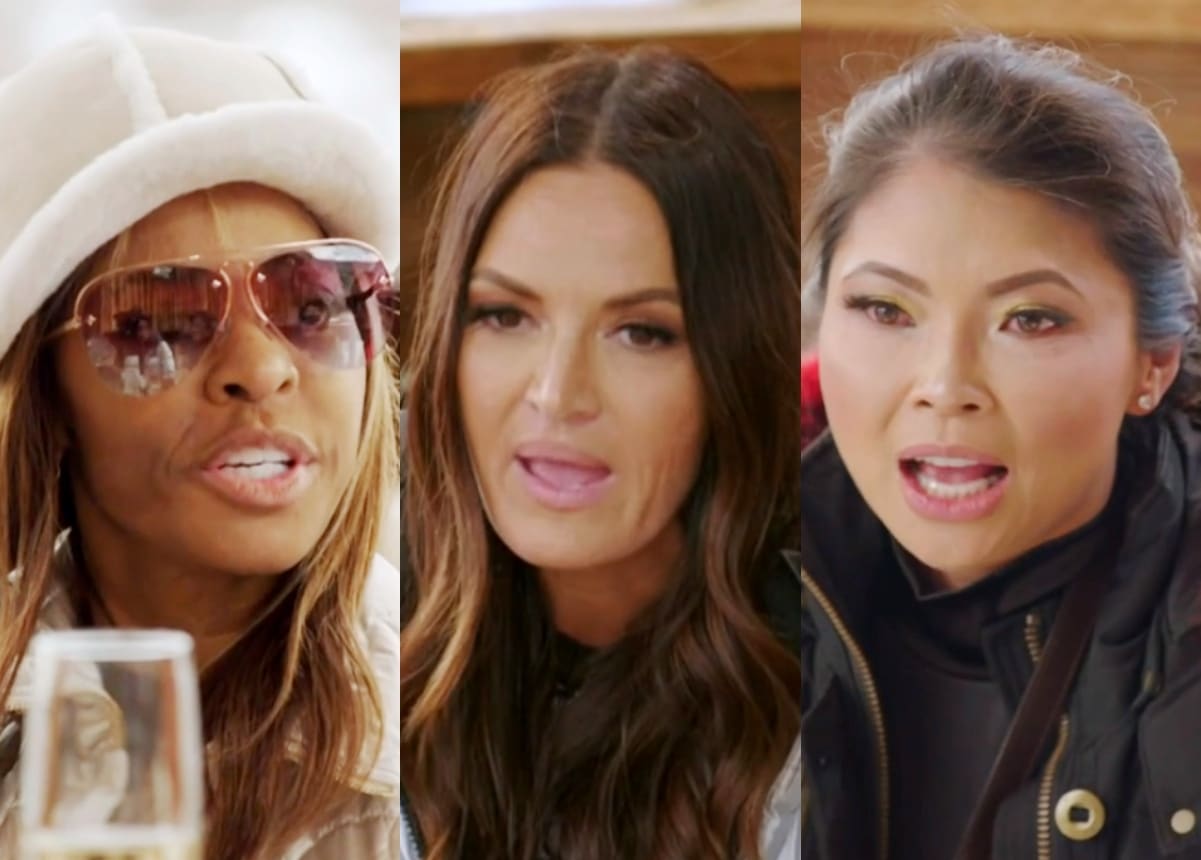 On this episode of The Real Housewives Of Salt Lake City, Whitney is organizing a snow tubing trip, which simply translates to everyone fighting, and Jennie continues to deal with pressure regarding a growing family.

“Henry and I share a love of fast food.” Lisa explains that since she is an adult now, she believes she can demonstrate her leadership by carting her child around to drive-thrus and stuffing him with cake pops right after school pickup. She listens intently to Henry talk about his fractured friendships and offers up advice/a meetup for them to heal their friendship. Well, watching Lisa shell out help about a situation so close to home for her is incredibly ironic.

Jennie and her husband, Duy, are out on a date, but they haven’t really talked much since the sister-wife conversation. Luckily, it was oyster night, so despite being mad at Duy, Jennie accepted the chance to talk to him about his desire to have more children… and possibly a sister wife. Duy explains that HE felt hurt when Jennie walked away from him. He further goes on about how common polygamy is in their culture, but Jennie thinks it is so weird that he is even entertaining this. Duy states an example of a patient of his that has five wives and 40 (yes, 40) kids. Jennie stands firm and reminds Duy of their religion, but she tears up thinking about sharing her gem of a husband with someone else (even though she really wasn’t sure about him from the neck up…).

Duy, stone-faced, tells Jennie she is his best friend and decides he doesn’t wanna lose her. TOOK YOU THIS LONG to figure that out?! Imagine being the waiter in this scenario? Watching these two having their waterworks, discussing these heavy-duty topics… Jennie suggests that for Duy to heal over the loss of their daughter, he should seek some professional help. Jennie tells Duy it’s not fair that he may not get help, but she understands that he may not want to admit he is weak or vulnerable and then look like a failure.

Seth asks Meredith what her expectations are, and she explains that since going to therapy, things have been good, but she has hopes of Seth taking on some of the responsibility of the children as well. She claims that she is exhausted and stressed, and he offers to “jump on stress grenades all day” for Meredith… “naked.” Cringe.

It’s the first anniversary of the new location of Heather’s Beauty Lab… and it’s the first birthday for ALL of the Beauty Lab babies. All of Heather’s employees had kids at the exact same time, so why not hold a party? Whitney and Angie arrive to celebrate for a “mom’s night out” (WHY would they *choose* to spend their free time with other peoples’ children?!), and when Jen gets there, Whitney begins to spill the tea.

She tells the women about her odd interaction at the restaurant with Lisa. Whitney believes that Lisa set up a trap at the dinner, hoping to exonerate Lisa of any wrongdoing regarding the catering scandal. As Jen listens, she feels like that’s not even Lisa’s style to do something like that. You know it’s bad when JEN is the voice of reason. Whitney explains that Lisa is still blaming the whole thing on Angie, and Angie is having a hard time believing her long-time friend Lisa would let something like this get in the way. And then Angie falls over drunk and pukes, so there’s that.

It’s the snow tubing day, and Mary rolls up to the lot in a party bus. She needed to be comfortable, so she provided the transportation for the group. Lisa feels as though it’s kind of annoying that Whitney invited Angie, but Lisa has decided to be SUPER mature about it and just pretend like Angie is invisible.

Somehow, a scuffle breaks out between Mary and Lisa on the ride to tubing. Mary is annoyed that Lisa questioned her knowledge of information and blurts out, “Everything you say I have to Google it? If I say something, it’s fact.” Oh, and now the Lisa and Mary beef begins. Kind of out of left field that Mary becomes so hot and bothered.

After they arrive at the destination, Lisa attempts to smooth things over, but Mary is not having it. She is offended that Lisa questioned her intelligence and even goes as far as yelling, “Why, cuz I’m Black?” Lisa apologizes profusely, and Jennie jumps in, fired up, screaming about moving on and dropping it with some curse words sprinkled in there too. Mary tells Jennie to get her language right, but Jennie chooses to bite back at Mary, “Don’t tell me what to say or do. You ain’t my mom.” Jennie is misdirecting her anger — she is frustrated with her dumba*s husband and is just taking it out on Mary.

While everyone (sans Mary) appears to be having a good time, Whitney and Angie attempt to scare the women in Sasquatch costumes, but it’s really just a lame effort of spicing up the boring outing. A competition is called to tube down the hill in teams, and the losers have to wear wigs at lunch. I feel like Jen should maybe go orange… Her wig doesn’t look half bad.

During lunch, Mary stews and Jen asks if things are now good between Lisa and Mary. Mary calls it a misunderstanding, and Lisa is tired of everyone thinking the worst of her and her intentions. When the Mary/Lisa issue gets squashed, Angie feels like it’s her turn to jump in the ring.

Lisa states that unless Angie says she is sorry, there is nothing more to be said. Despite their history, Lisa is annoyed by the accusation her friend of 20 years made. Lisa calls it painful and explains that her feelings were hurt, but it may be time for Lisa to own her sh*t. When Whitney gets involved, Lisa loses it. She wants to be herself and asks everyone to get off her “f*cking back.”

Lisa is borderline out of breath after her rant, but she notices that her two “friends” (Jen and Meredith) are silent as she fights this battle alone. Lisa explains that her grandfather was gay and states that she fully supports the LGBTQ community, so the event was near and dear to her heart and she would have never done anything to sabotage it. She cries and Angie comes over for a hug. Things are settled.

But now… it’s Jennie’s turn. She asks Mary if THEY are good, and it’s almost like everyone is just taking turns “fighting” for screen time. Jennie explains that she is Asian and she got triggered by Mary telling her what to do since she grew up that way. Mary is told not to attack her if she doesn’t know her and Jennie gets emotional.  She tells the women that today is her daughter’s death anniversary, and she decides to share because she doesn’t want to go through crap with the ladies. In her confessional, Lisa states that she doesn’t know why Jennie shared that with the group since they are all “selfish b*tches” (where’s the lie thooo), but having Jennie open up like that certainly explains her behavior. Shots are called for, and it seems like all is well in SLC for now.