90 Day Fiancé Update: Are Steven and Alina Still Together? Their Relationship Status is Revealed After Steven Shares Cryptic Post 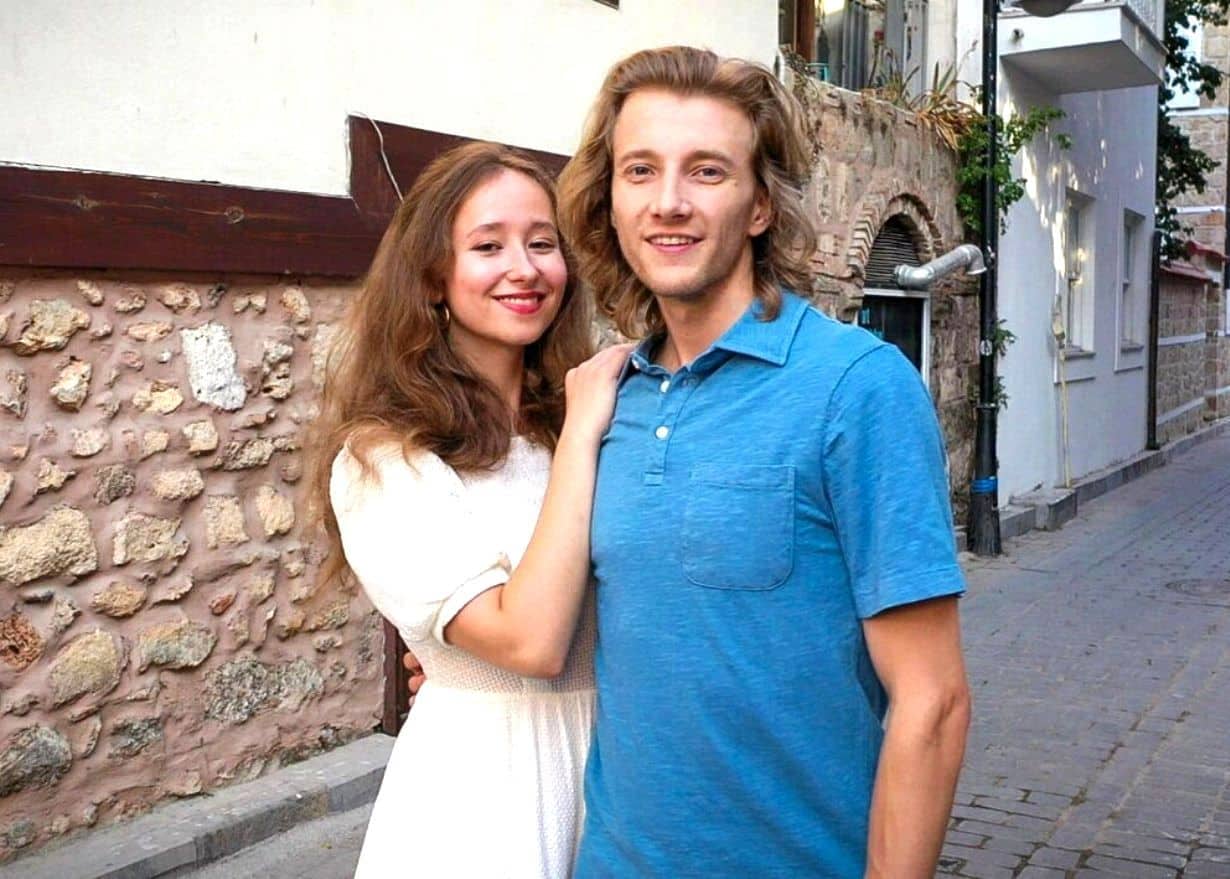 90 Day Fiance: The Other Way’s Stars Steven Johnson and Alina Bio are two young people with their hearts in the right place but sometimes we just aren’t sure where their heads are.

Steven’s wishy-washy commitment to both his religion and Alina has caused her to consider going back to Russia with her mother on more than one occasion. And Alina’s jealous ultimatums have caused Steven to question coming to Turkey to be with her at all.

The last episode revealed the two are on very shaky ground following Alina’s mother, Anna’s, visit to Turkey where it was revealed Steven had not been faithful to either Alina or the rules of his church. Steven admitted he had had sex with multiple women, even after starting a relationship with Alina. The trip was tense, to say the least, and by the end the couple’s future was unknown.

A small hint of the two’s relationship status might have accidentally come through Steven’s Instagram. While it appears he is still in Turkey, it also appears he might be living alone. Well, sort of.

Steven posted a picture of his cat Noodle, on top of a pile of Turkish money to his Instagram stories with the caption “Just put down a payment for my new place to live with my cat.” No mention of Alina joining that party…. 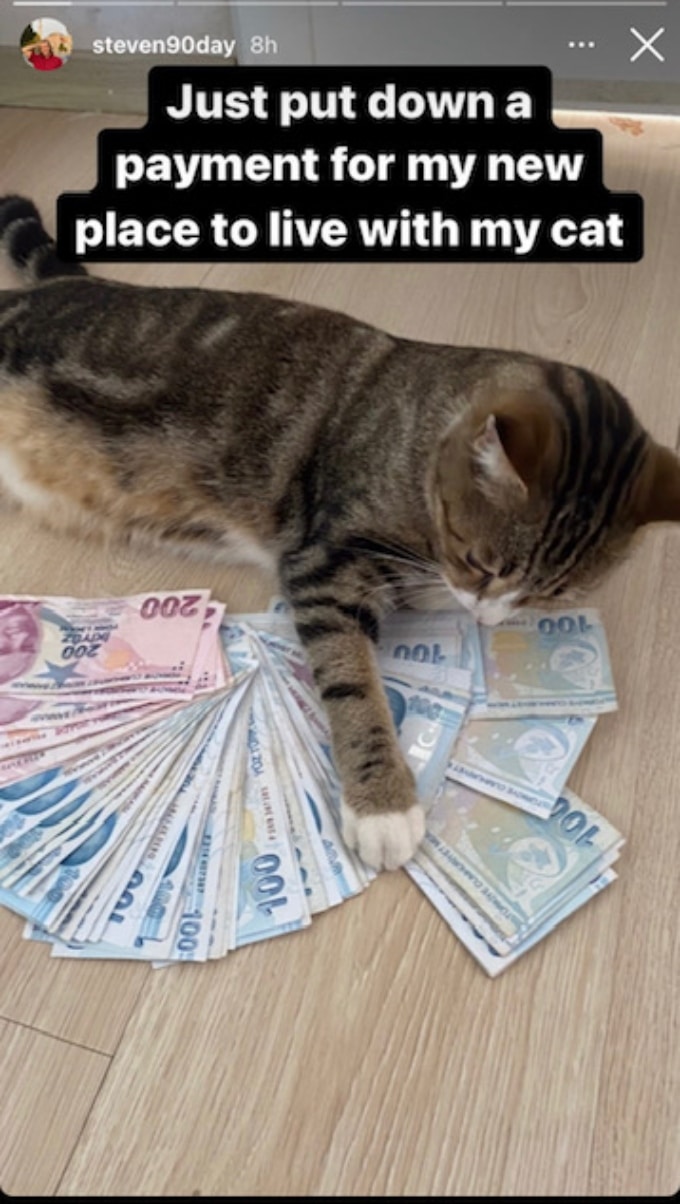 The cat in the picture according to Steven’s Instagram is his cat, Noodle. A cat that we are pretty sure was one of the stray cats that lived in Turkey that he mentioned in a previous post.

If this isnt’ the same cat then it’s its twin. So why are we playing cat detective? Because we are pretty sure it’s a clue.

If Steven is still in Turkey with his newly acquired cat, and just put a down payment on a place to live with the cat but with no mention of Alina, then where is she?

That coupled with Alina’s recent solo trip to Greece, where Steven was also conspicuously absent, makes us think that either the two are taking a break from each other, or have called it quits for good.

Steven and Alina met on a language learning app and before long found out they had a lot more in common than just a love of language. The two struck up a long-distance romance as Steven was in Salt Lake City, Utah and Alina was in her home country of Russia.

The two decided to meet up but once Alina’s mother Anna found out about Steven’s religious background and affiliation with the Morman Church, she was not so keen on the two getting together, as she thought the religion was some type of cult.  But after sitting in on some of the church’s meetups via Zoom, she calmed down and agreed the two could meet.

The three of them met up in Prague so that Anna could give Steven the once over and as the trip went well,  she finally felt comfortable enough to let Steven court her daughter.

The original plan had been for Steven, who speaks fluent Russian following a mission trip to Russia, to move to Russia so Alina could finish school. However, the borders closed for travel to Russia due to Covid so the two had to come up with a plan b.  The couple agreed to meet and live in Turkey for 90 days and hopefully get married within that time so he could return with Alina to Russia.

But almost immediately upon arrival, the pair started experiencing some bumps in the road as Steven had booked two separate places for them to stay.  The two fought until Steven finally relented to living together on the condition he would be sleeping on the couch.

Things just got worse from there as Steven took the bait of a test Alina had set up with her Russian friend Masha. Masha had messaged Steven on Facebook pretending to be interested in him, and Steven had fallen hook, line, and sinker, by inviting her to “grab her swimsuit” and join him in Turkey. Yikes.

That information, paired with his revelation of being unfaithful, has made for a rocky few weeks for the already shaky couple.

But at least the two can take comfort in the fact that they aren’t the only two on their season struggling. With Jenny Slatten grappling with Sumit’s parent’s moving in, and Corey Rathgeber and Evelin Villegas’s relationship once again on the rocks, at least Steven and Alina aren’t the only two having trouble.

But we would not be surprised if Steven and Alina too have gone their separate ways, and based on their social media, it looks like that might be exactly what they’ve done.