RHOBH Reunion Recap: Erika Calls Sutton a “B**chy F**king C**t,” Says Tom Won’t Acknowledge Legal Drama and Explains How She Found Him After Accident, Plus She Denies $20 Million Transfer to Her LLC 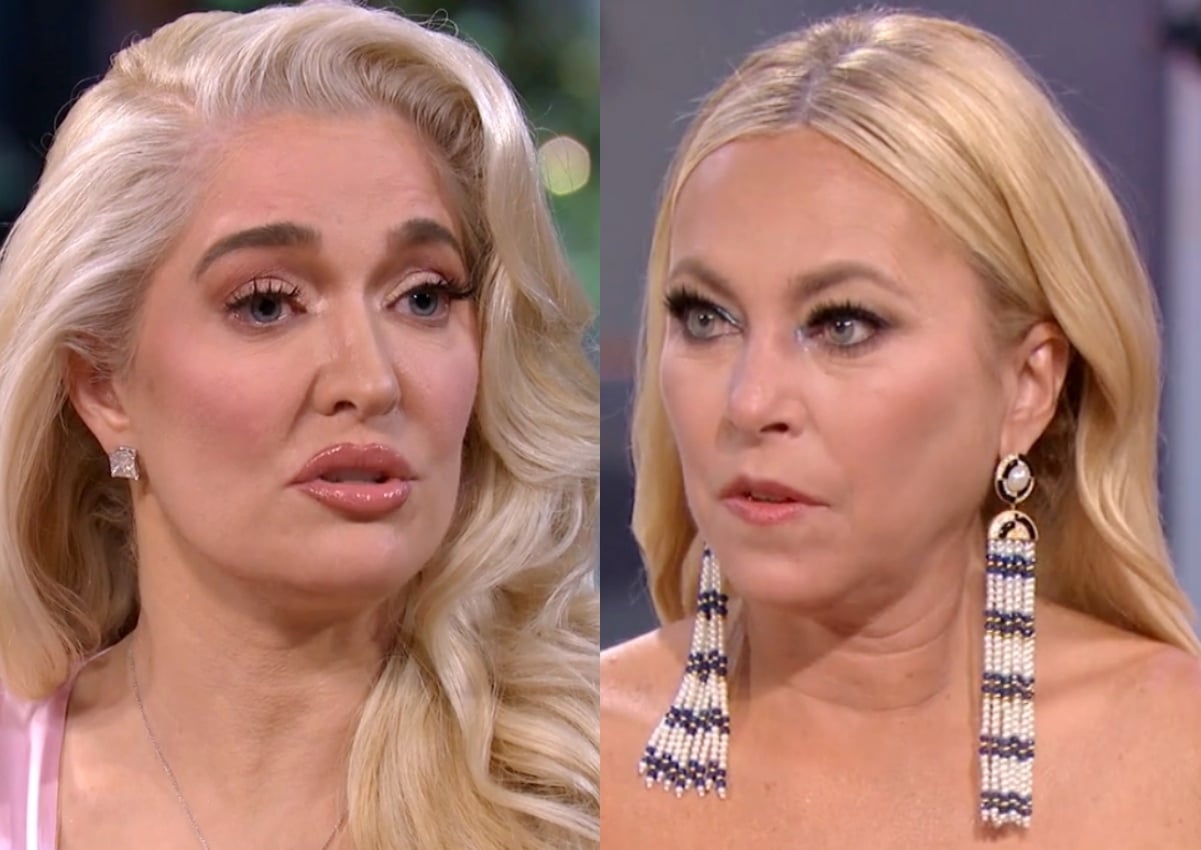 On the finale of the four-part Real Housewives of Beverly Hills reunion, Erika makes it clear that, yes, she IS lashing out at everyone because why shouldn’t she? It is evident that this group walks on eggshells around Erika because they are tired of getting ripped apart by her, and it seems as though Erika is angry she is not getting fully supported by the ladies.

Andy tries to make Erika see how she comes across to everyone, but Erika spins the situation again and wonders if because she is not reacting the way people want her to, that makes her seem cold and calculated. She misses the point completely, but Andy attempts to show Erika that even though she wants the ladies to come directly to her instead of laughing behind her back, whenever Erika IS questioned, she flips the f*ck out.

Dorit tells Erika that she has bitten everyone’s heads off this season, but Erika does a good job of making herself the victim… yet again. “You and your husbands were having a grand old time laughing at my f*cked up life.” When Kyle explains that she can’t control the things that come out of her husband’s mouth, Erika states she cannot control the things Tom allegedly did. Touche.

Andy asks Erika how she knew about Tom’s financial woes, and she shares that while she was on Broadway, one of her credit cards got rejected. Kyle throws Andy under the bus and forces him to admit that they had both heard there was financial trouble brewing with Tom.

Erika’s lack of waterproof mascara gets brought up, and Andy ponders if Erika skipped it because she was going for the “sympathy vote.” Erika claims she does not need anyone’s sympathy or pity, and she does not appreciate Camille Grammar adding in her two cents when she’s not even on the damn show.

Erika states that she has spoken to Tom (apparently FIVE TIMES A DAY) and things are just very sad as of late. Her voice cracks when she talks about the conversations she has had with him, and Erika explains she just wanted to be sure Tom was safe.

Now she is admitting to talking to Tom, huh? But it was a different story when  Garcelle shared with the ladies that Tom calls Erika. Erika says she blew up on Garcelle because she did not want it to look like she was in on the alleged scheme. Erika tearfully tries to share that she tells Tom this is not okay: “Why would you leave me with millions of dollars of lawsuits pointed at me?”  Note she does not ask WHY did you do this to these poor victims? Always about *her*.

Erika lets Andy know that Tom doesn’t acknowledge any of the legal woes because he is “incompetent.” Evidently, there was never a transfer of $20 million dollars to Erika Jayne’s LLC.

Andy goes there and tells Erika that people thought she was manipulating the narrative. Erika jumps in to say she is simply telling her “experience” with Tom and stands by the fact that Tom was, by all accounts, a great man in the community. Erika makes it clear that she would have never been on a reality TV show OR have created the song “Xxpen$ive” if she knew about her future woes, and she further calls her life “a tragic sequence of events.”

Erika claims that she has worked hard to be “open and honest” about her situation, but when these ladies ask questions, Erika loses her sh*t on them. Erika keeps saying that she cannot win with the group of women because she doesn’t act appropriately according to their standards, but it’s more like, why can’t she just talk about it calmly instead of lashing out at everyone?

LOL at Rinna stating that talking behind people’s backs is never a good thing. Even Andy borderline laughs in her face. Garcelle wants to know why Rinna would push Sutton to say things if she apparently cares so much about Erika. Boom. Garcelle further wonders why Erika never apologized to Sutton for threatening her by saying, “I’m coming for you and your family.” Erika just calls everyone “precious.” She also states that if that happened on RHOP or RHOA it would be just a conversation. But why hasn’t anyone called Erika a bully? Garcelle explains that she is haunted by not stopping Erika as she went off on Sutton. Sutton shares that for a week, she hired security, and to that Erika has a good laugh.

Erika calls Sutton a “b*tchy, f*cking c*nt.”  Cool. She then proceeds to tell Sutton that she is only ever worried about herself.  Excuse me — pot, meet kettle! Sutton comes in with the facts and reminds Erika that she lied about wanting to be her friend again, but Erika bites back that she was just “playing your a*s.”

Seeing Kyle, Dorit and Rinna backing up Erika as she continues to bully and attack Sutton is hard to watch. All this butt kissing because they're so scared to be left out of the mean girl clique. Kudos to Garcelle for supporting Sutton #RHOBH

Aliens have not taken over Rinna’s body — however, she definitely went easier on Erika and her situation. Translation: Rinna is afraid of Erika. Rinna does state that she truly feels bad about what happened with Yolanda, Kim, and Denise. She wishes she could take back all her actions. But when it comes to LVP, Erika jumps in and states that she showed up when sh*t hit the fan, whereas LVP ran and refused to answer any questions. Buuut, LVP walked away cuz she didn’t need the $check$ — or the headache.

When Andy calls Erika a piece of work, she thinks it’s a compliment, but really, Andy doesn’t mean it in a good way. Andy begins to piece together Tom’s accident, and Erika begins spinning the tale again. NOW she found him after nine hours and sprinkles in some nuggets of new detail.  The only one buying what Erika’s selling is Rinna. Erika goes on and on as if this is a rehearsed story, and she bites Dorit’s head off when Dorit asks a question (mainly because if Erika gets interrupted she may forget the lie she is in the middle of spinning).

Andy asks, “Why was it snowing where your son was?” Erika responds, “We’re not gonna get into that.” HUH. WHY NOT. Andy can’t wrap his mind around Erika’s lack of empathy for the victims, but Erika claims that the best way she can help those victims is by cooperating in court. Andy thanks Erika for answering all of the questions (he was allowed to ask her), and Erika thanks the group for allowing her to tell her side. Interesting that Erika can apologize to Crystal but not Sutton — speaks volumes.

In the end, Sutton wishes she just listened a bit more, and Dorit owns being a chatterbox. Kathy shares that she was surprised about how “real” this whole experience was, and Crystal states that although it was a tough transition, she was happy with the way the season ended. Garcelle feels like more of an insider, and Rinna calls herself a good friend (LOL), to which Erika agrees emphatically. Erika states that she stood up for herself and appreciates getting the chance to tell her story. Kyle feels responsible for the group and wants everyone to get along, but she is happy to have gone through it all with her sister. Love it when Kathy’s butlers come out to serve the women some drinks, and suddenly everything is just hunky dory with this group: “Bottoms up, ladies!”

WHAT ARE YOUR THOUGHTS ON THE EXPLOSIVE RHOBH REUNION?