Home Real Housewives of Beverly Hills News Is Gigi Hadid Open to Reconciliation With Zayn Malik? Source Speaks as They Meet With Lawyers Over Custody Plus How Yolanda Hadid Feels After Altercation

Is Gigi Hadid Open to Reconciliation With Zayn Malik? Source Speaks as They Meet With Lawyers Over Custody Plus How Yolanda Hadid Feels After Altercation 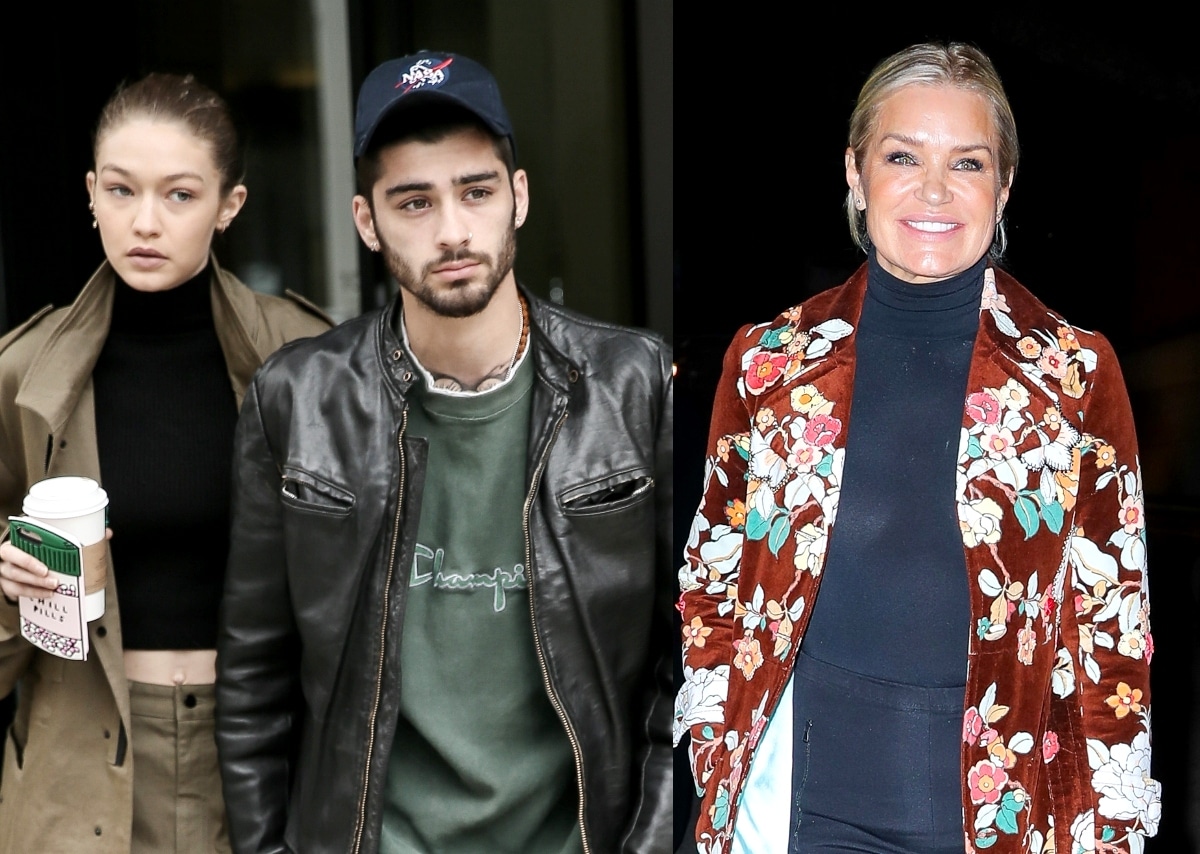 Multiple reports are shedding new light on how Gigi Hadid feels about her ex-boyfriend Zayn Malik, after his heated dispute with her mother Yolanda Hadid, and if she’s open to reconciling with him.

The incident occurred on September 29, when Zayn reportedly got physical with Gigi’s mother, who is a former cast member of the Real Housewives of Beverly Hills. Court documents reveal that Zayn allegedly shoved Yolanda against a dresser. Also during the incident, he threw insults at the RHOBH star and asked her to stay away from his daughter.

Although Gigi and Zayn broke up after the dispute, Gigi recently “made it clear that her daughter needs her dad,” according to a source close to People. Her priority is to “co-parent in a civil way.”

The court documents also reveal that Zayn was accused of harassing Gigi herself as he allegedly told her to “strap on some f–king balls and defend your partner against your f–king mother in my house.” He is also accused of calling Yolanda “a f–king Dutch slut.”

One of People’s sources claimed Yolanda and Zayn have had a strained relationship since the baby was born: Zayn has a “complicated personality,” and Yolanda wanted him to “treat Gigi better.” The source then shared that it was “hard at times for Gigi to live with him.”

Another source close to Zayn said the incident occurred after Yolanda came to the house “uninvited,” while Gigi was at work. At the time, Zayn was watching their daughter, which somehow “led to an argument.”

A source also tells E! News that Gigi and Zayn are both “in contact over Khai and making decisions for her.”

“Gigi and Zayn have both met with lawyers separately. They both want to make sure they can sort out the custody situation with Khai and both feel entitled to custody of her,” a source close to Gigi added. “She needs space. They have been in communication and have been working on how they will continue to co-parent, but it’s very tense right now. They do both want what’s best for Khai and are trying to be civil.”

And when it comes to the possibility of a reconciliation between Gigi and Zayn, the source insists that the ship has sailed, stating Gigi “is done with Zayn for good.”

The source also told E! how Yolanda, who once described Zayn as being “like a son” to her, feels today following the altercation.

“Yolanda is very distraught about what happened especially after everything she has done for Zayn and how welcoming she has been,” shared the source. She, “Gigi and Bella have been staying together in NYC and have truly been supporting each other. They have a great family support system and are glad they have each other to lean on.”

“The whole family wants Gigi to be done with Zayn for good,” the source added. “They have seen this behavior before and think it’s unacceptable.”

Zayn previously made a statement to TMZ, emphasizing “adamantly” that Yolanda’s claims were false, and he hoped to “move towards healing these family issues in private.”

The 28-year-old singer of One Direction did however plead no contest to harassing Gigi and Yolanda, and will therefore serve three months of probation (he can have no contact with Yolanda). The pop star must also attend anger management classes.