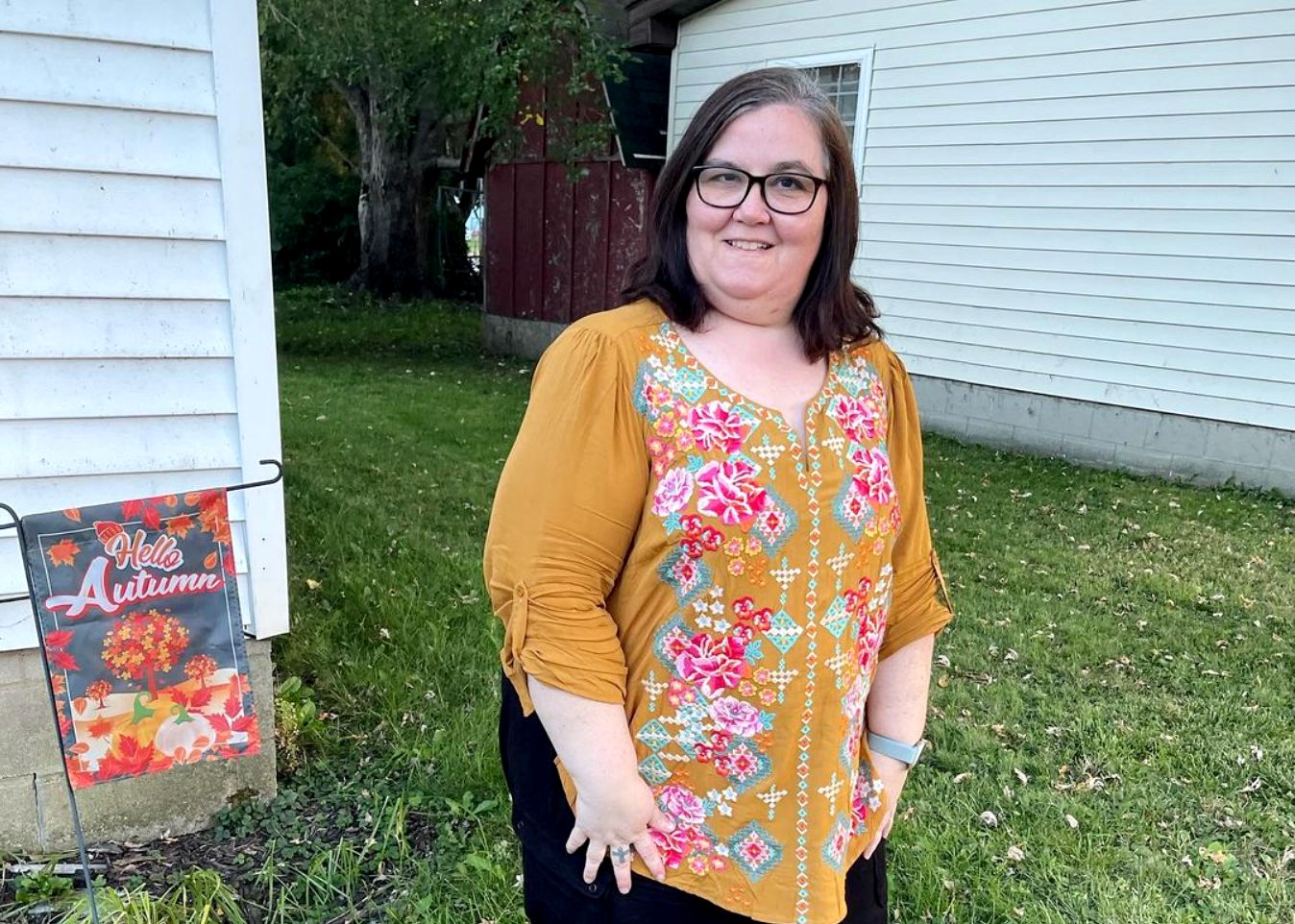 Congratulations are in order for 90 Day Fiance star Danielle Jbali, who recently revealed that she has completed her nursing diploma.

Danielle’s pride and excitement over her recent achievement was evident on Instagram, where she shared: “This year as [sic] been a long year, it as [sic] been exciting, overwhelming and exhausting. There was [sic] many ups and downs but I made it through. I have learned that I am stronger than I thought.” 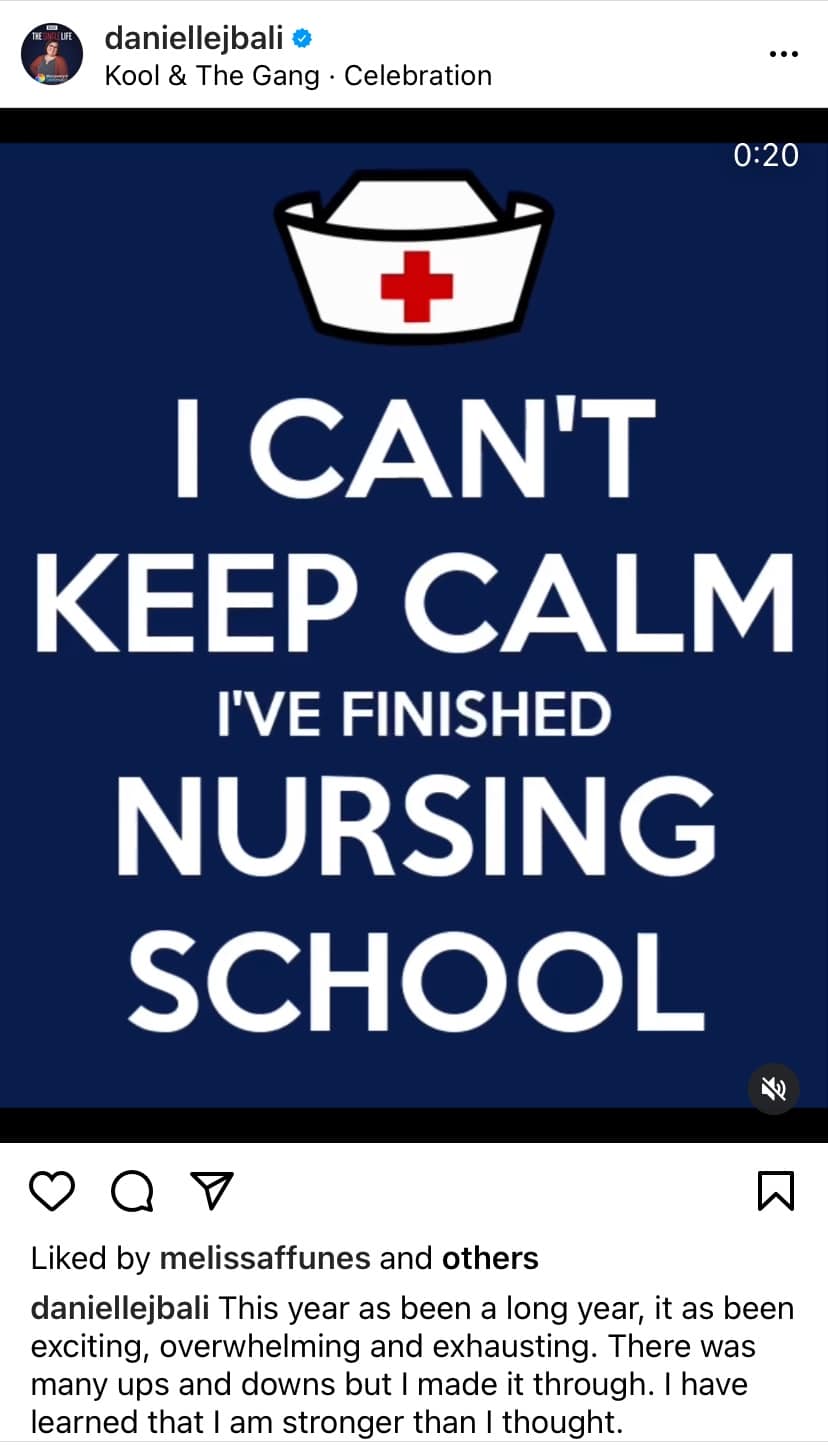 In a separate post, Danielle shared the grades she received for her final semester, stating: 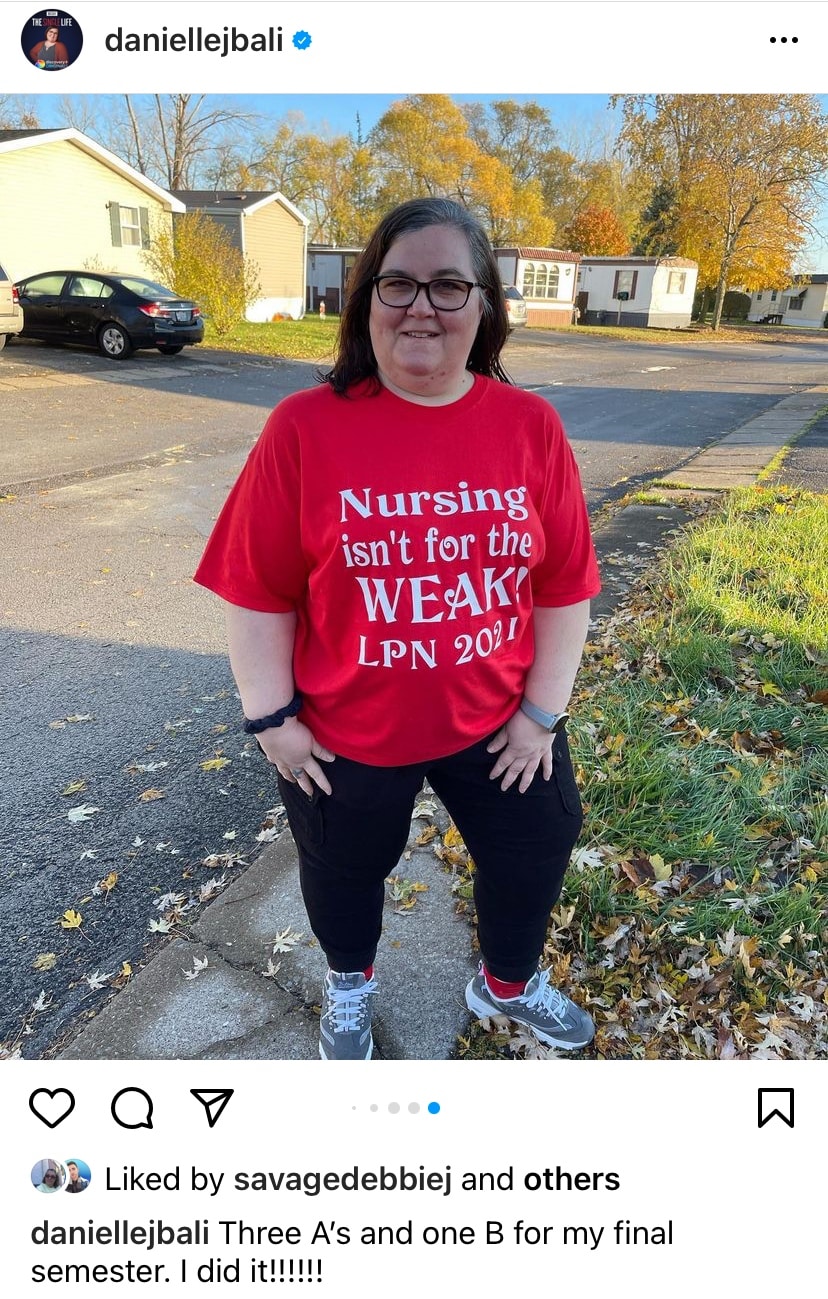 Fans appeared to share in Danielle’s excitement, posting messages of support and encouragement.

“With those grades and GPA, you made the Dean’s and President’s honor roll list, right? Congratulations, LPN Danielle!” shared one fan. 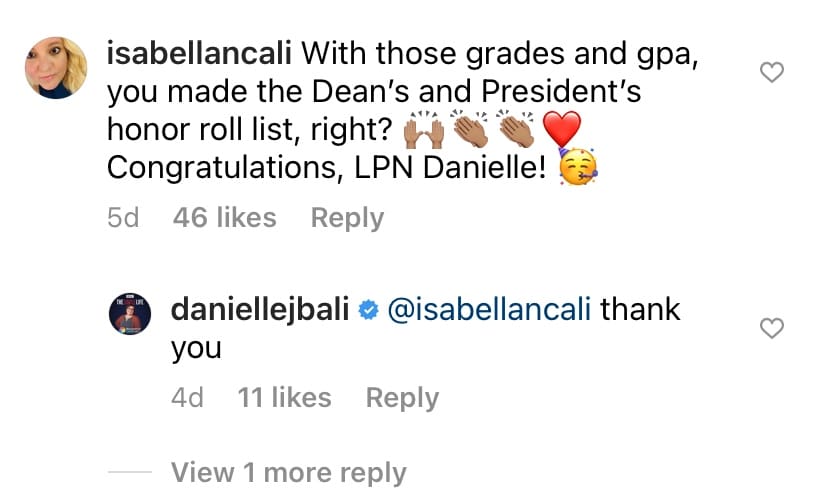 But the standout comment was from Danielle’s ex-husband, Mohamed Jbali, which read, in part:

“Congratulations, I’m so happy for you, this achievement is for the ppl who judged you . . . You are strong and very determined good luck with this new journey and thanks to you and all nurses for choosing a noble job that not everybody can do.” 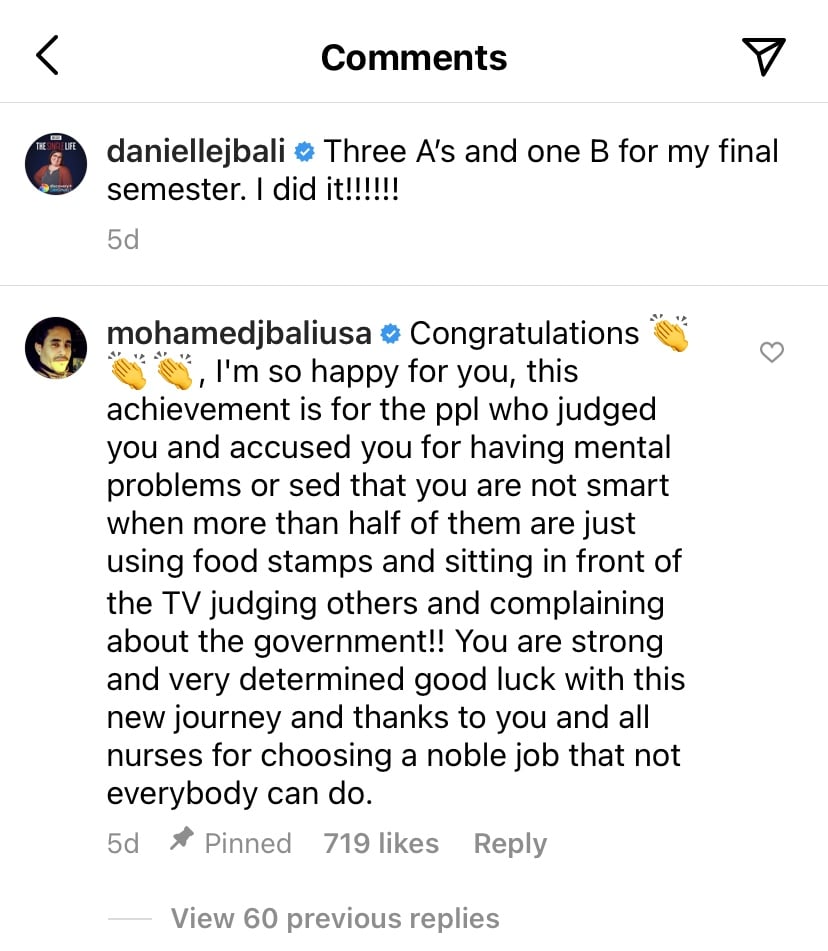 Mohamed’s words of congratulations and support may come as a surprise to those who’ve followed the former couple’s drama-filled journey.

Soon after getting married, Danielle filed for an annulment on the basis of fraud and did everything in her power to get Mohamed deported back to Tunisia.

Danielle’s annulment bid was unsuccessful with a judge granting the former couple a divorce in March 2017.

Months later, Danielle filed a civil lawsuit against Mohamed, suing him for $12,500.

After such a tumultuous few years, it would be understandable for the pair to want nothing to do with one another.

However, it appears that Danielle and Mohamed have managed to put their turbulent past behind them, and while there is no sign of the couple rekindling their former relationship, both parties look to have a bright future ahead of them.