Home Real Housewives Ultimate Girls Trip Joe Giudice Responds to Ex Teresa’s Claims She “Felt Nothing” for Him During Kiss, Hires New Lawyer to Get Back Into the US for His Kids

Joe Giudice Responds to Ex Teresa’s Claims She “Felt Nothing” for Him During Kiss, Hires New Lawyer to Get Back Into the US for His Kids 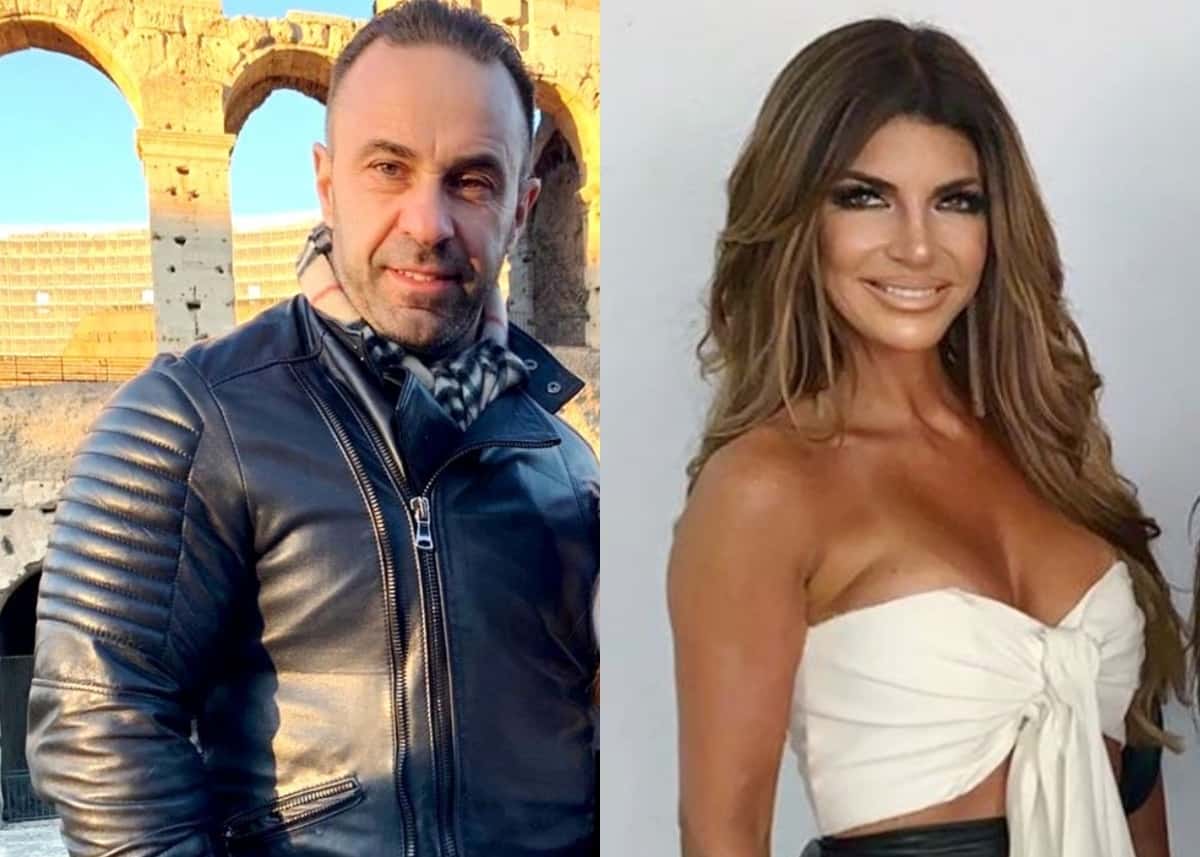 Teresa Giudice’s ex-husband, Joe Giudice, is responding to The Real Housewives of New Jersey Housewife’s recent admission that she “felt nothing” for him after his release from federal prison.

After the first three episodes of Real Housewives: Ultimate Girls Trip dropped earlier this week, fans were able to see Teresa dish to co-star Cynthia Bailey about how lackluster her and Joe’s relationship had become.

“I hate to even say this, but one night, he laid on top of me but with our clothes on, and he was trying to kiss me, and I just couldn’t even open my mouth,” she confessed to Cynthia.

“I have to admit I was surprised to see Teresa’s comments about me on Ultimate Girls Trip that’s currently airing,” Joe told Celebuzz!. “For her to say that she felt nothing was sad to hear, but at the end of the day it was mutual.”

Joe also seems to be echoing his ex-wife’s sentiments, stating, “After she was released from prison, we were intimate but then I had to go in to do my time. Then, I was unfortunately deported, and by the time I got to Italy too much had changed between us, and we both had started to move on.”

Bravo fans may recall the infamous 2013 bankruptcy and fraud indictments that sent both Teresa and Joe to prison. The charges and prison sentences ultimately left the duo’s marriage in shambles, but it seems the two have come to an amicable resolution with each wishing the other the best.

Joe expressed that he wishes nothing but the best for the newly-engaged Teresa and her fiancé, Luis Ruelas.

“I’m so happy for her engagement to Luis and wish them nothing but the best going forward,” Joe said. “When I met Luis we got along well, and I’m happy Teresa will be with someone who makes her happy and treats her well.”

Hopefully, Joe’s good spirits hold up as he has recently hired a new attorney in an effort to amend his deportation case so that he may return to the U.S. to see his four children, according to a new report by US Weekly.

“I’m hopeful and pray that I can finally go home in the near future,” said Joe, who often visits the Caribbean in order to see his children. Joe and Teresa share four children together: Gia, 20, Gabriella, 17, Milania, 15, and Audriana, 12.

According to the publication, Joe’s manager, Dominique Enchinton, has put him in touch with immigration lawyer Jessica M. Cadavid to aid him in the proceedings.

Cadavid is hopeful in regard to Joe’s case, stating, “We are hopeful this time around, we can take a look at his file with time that has passed from his deportation and the fact that he has a family here, he still has children here. He could ask the government for forgiveness and at least come back to be able to see his family.”

Here’s to new beginnings for the famous Bravo family. You can catch Real Housewives: Ultimate Girls Trip airing on Peacock.