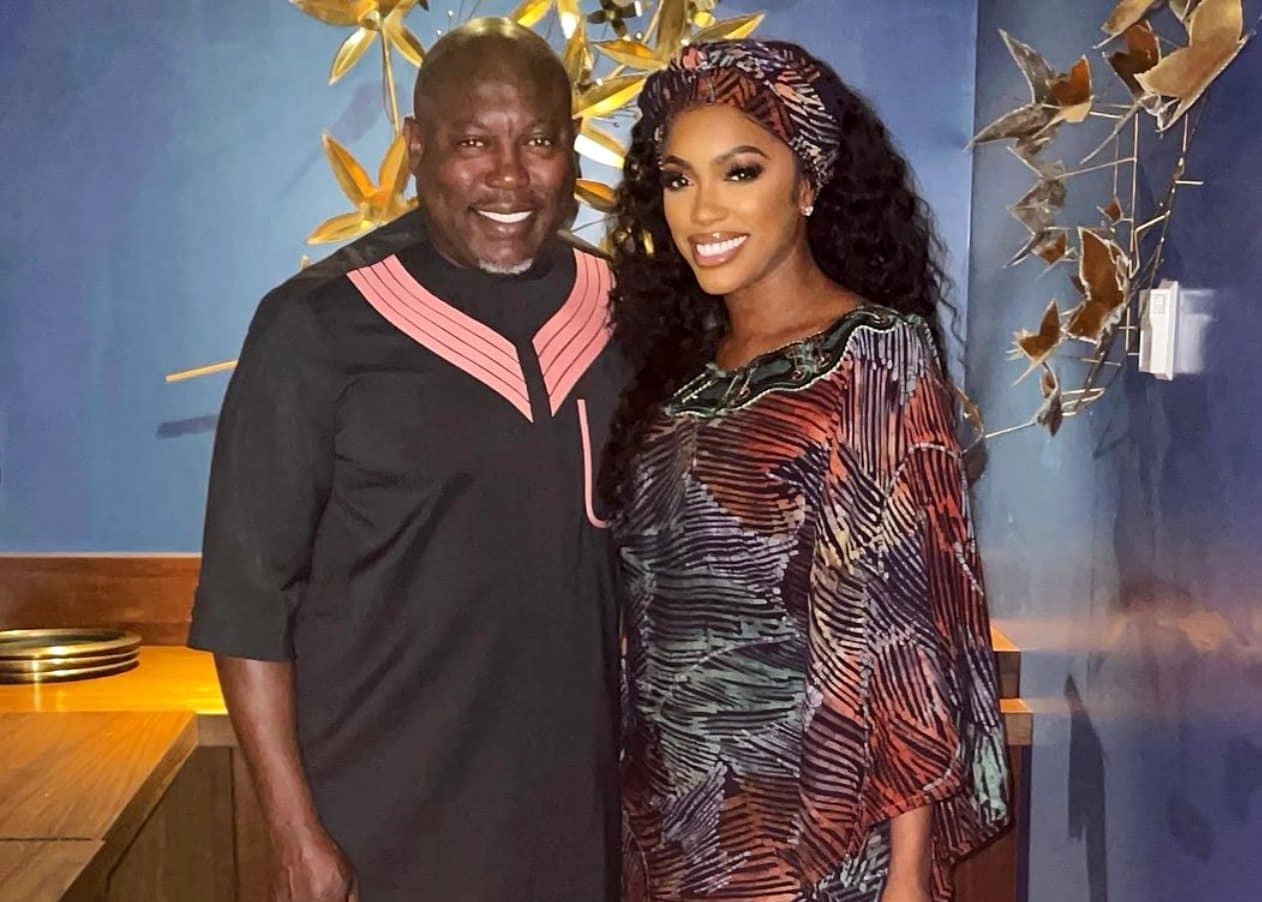 Porsha Williams‘s new spinoff show, Real Housewives of Atlanta: Porsha’s Family Matters, will reveal the next chapter of her life, including her relationship with Simon Guobadia. Simon, her husband-to-be, was recently married to RHOA costar Falynn Guobadia.

Falynn and Simon announced their split in April of this year. They said the decision was respectful and mutual and asked to be given privacy. In the past, Porsha admitted that the optics of her own relationship with Simon looked bad (because Simon was still technically married when Porsha accepted the ring).

In a sneak peek for Porsha’s Family Matters, Porsha and Simon speak separately about how their relationship began. In Porsha’s story, Simon slid into her DMs (but she quickly says, “Now y’all tell me if he telling y’all something different”).

The next scene cuts to Simon in a confessional interview as he tells a different narrative. According to him, Porsha reached out to him through a direct message after the announcement of his split with Falynn. He explains that Porsha wanted to check on him to see that he was okay.

In the next scene, Porsha asks Simon how many cars he has. Though he doesn’t confirm an exact number, he agrees with Porsha that he owns about five, and he states that two of them are Rolls Royces.

Porsha then asks where the kids will park when they’re older. Simon says the kids should live in their own apartments if they can afford their own cars. His fiancée seemed taken aback by the response.

In May, when Porsha began speaking about her new relationship, she explained on Instagram, “I know it’s fast but we are living life each day to its fullest. I choose happiness every morning and every night. Tuning out all negative energy and only focused on positive wishes. He makes me so happy and to me, that is what matters most.”

The couple got engaged only a month after they started dating. At the time, his divorce wasn’t finalized, but he’d reached a settlement agreement with Falynn.

Not long after Porsha was first photographed wearing the ring (a large emerald cut diamond), she posted a photo with both Simon and her ex, Dennis McKinley. Porsha, standing in the middle of them, has her hand on Simon’s chest with the ring in full view.

When Simon first spoke about the engagement on his Instagram, he explained, “Getting married again was never a question in my mind.” However, he added that he did “not expect to be blessed with a mate so soon.”