by Lindsay Cronin May 11, 2021 432 comments
ShareTweetWhatsappPinterestRedditTumblrMailFlipboard 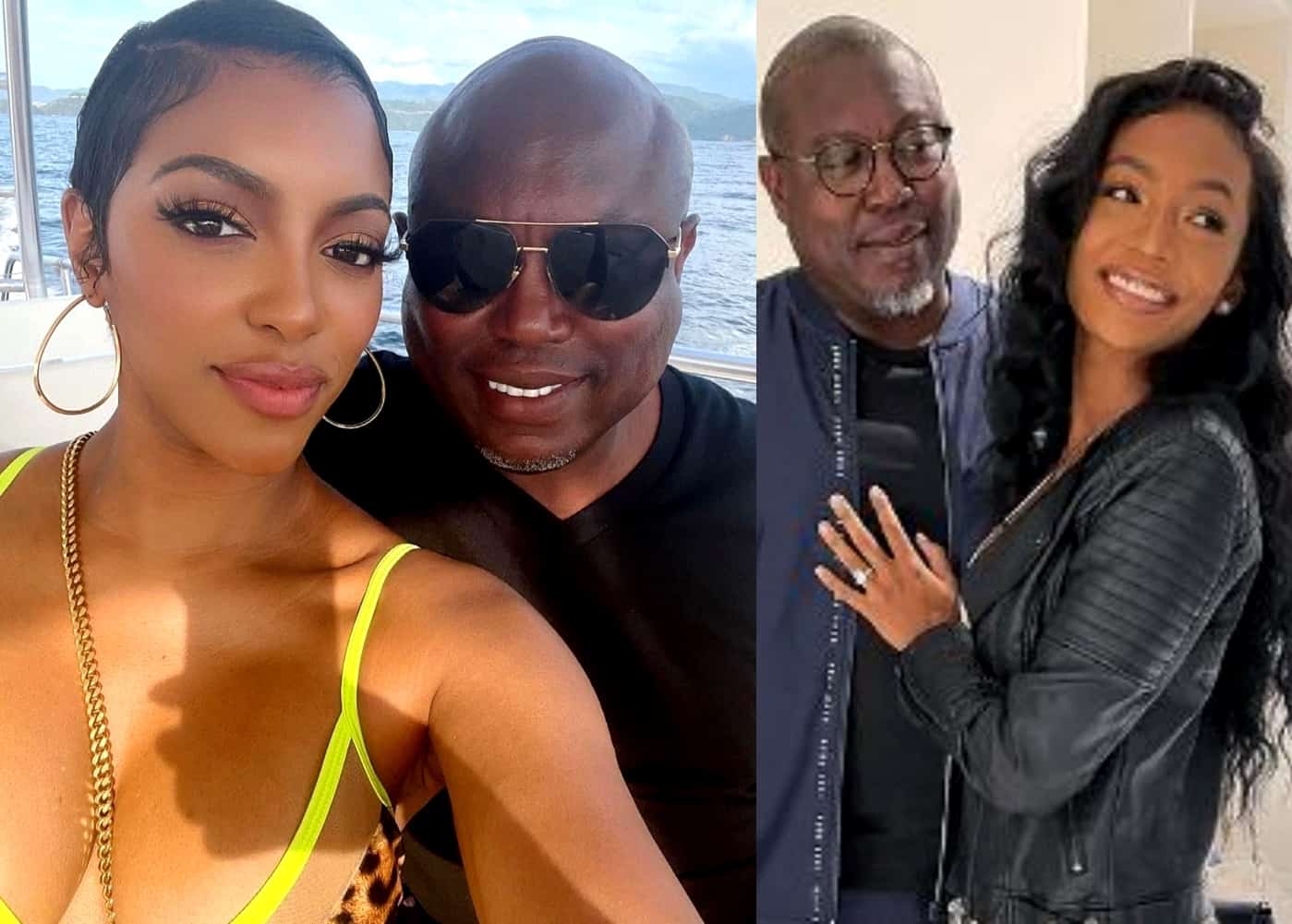 Less than one month after Simon confirmed he and Falynn Guobadia had split after just a year-and-a-half of marriage, the newest The Real Housewives of Atlanta couple took to their Instagram pages to share their exciting news as Porsha’s ex-fiancé, Dennis McKinley, weighed in.

“I’d like to seize this opportunity to thank every well wisher of Porsha and I, whether via phone, text or DM. You affirm my believe that finding love is possible for everyone who genuinely seeks one. Getting married again was never a question in my mind, but when. Did not expect to be blessed with a mate so soon,” Simon admitted in his May 10 post.

Simon then noted that he and Porsha have chosen to travel together as they “spread love and positivity to [their] community” and grow from their past relationships.

“I asked her to marry me because we checked ALL of each other’s boxes, and then some. We have done the individual work to sustain a healthy relationship, and I stand next to her, proud that we found each other,” Simon continued. “So when I asked…she said yes. That is ALL that mattered.”

With Simon’s post, he included an image of Porsha’s stunning, and massive, engagement ring. 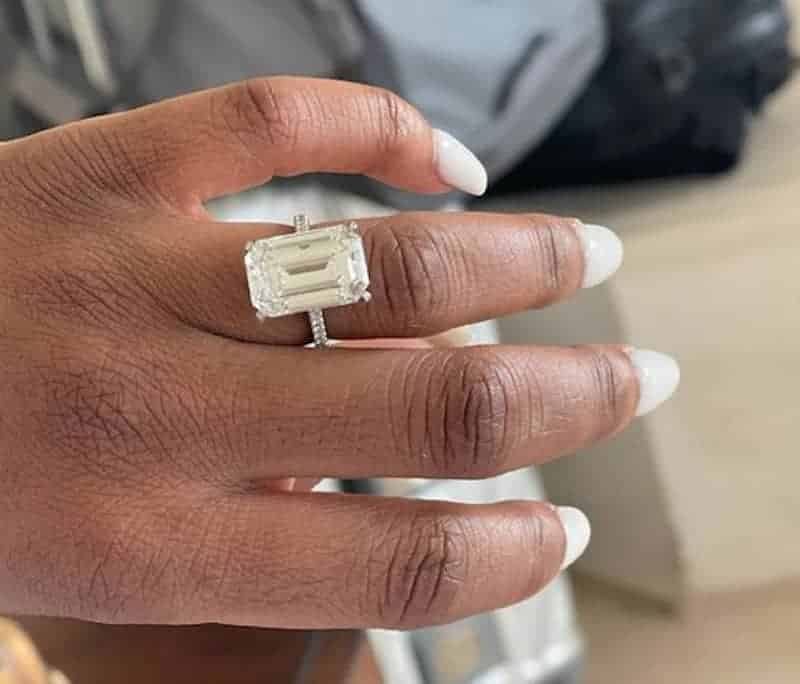 Around the same time, the longtime RHOA cast member shared a post of her own, stating that she and Simon began dating just one month ago.

“We are crazy in love. I know it’s fast but we are living life each day to its fullest. I choose happiness every morning and every night. Tuning out all negative energy and only focused on positive wishes. He makes me so happy and to me, that is what matters most,” she explained.

Porsha, 39, went on to say that Simon filed for divorce from Falynn in January and insisted she had “nothing to do” with the split.

“Falynn and I are not friends, and Simon’s divorce has been settled. Our relationship is a positive, loving step forward in everybody’s lives,” she noted. “It’s truly a beautiful moment in my life & we cannot wait to spend the rest of our lives together.”

According to Porsha, Dennis has actually reacted quite well to the news of her engagement and has been working with her and Simon as they co-parent their daughter, two-year-old Pilar Jhena.

“Two black men stepping up and being amazing people-let’s praise them!!!!” she gushed.

Then, in another post, which Porsha shared in honor of Mother’s Day, Dennis offered a comment to confirm he’s supportive of the romance.

“Congrats P! Cheers to your next chapter! Happy Mother’s Day,” he wrote. 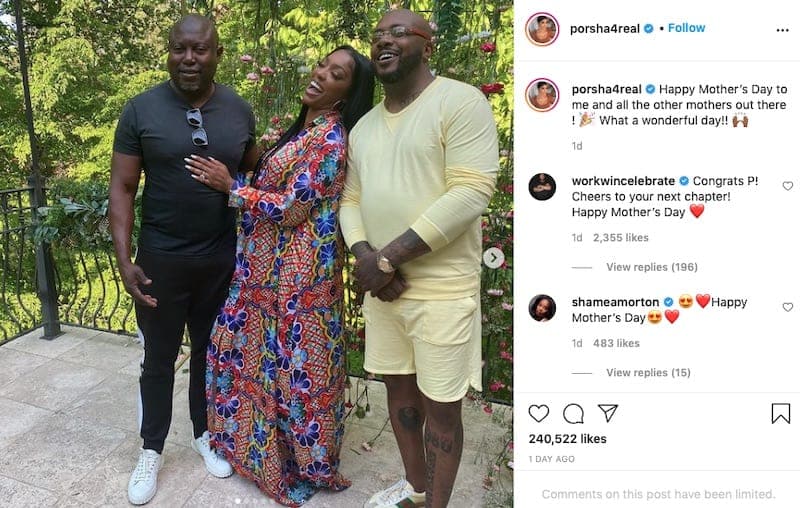 As the group celebrated Mother’s Day together over the weekend, Porsha and Simon were seen dancing. 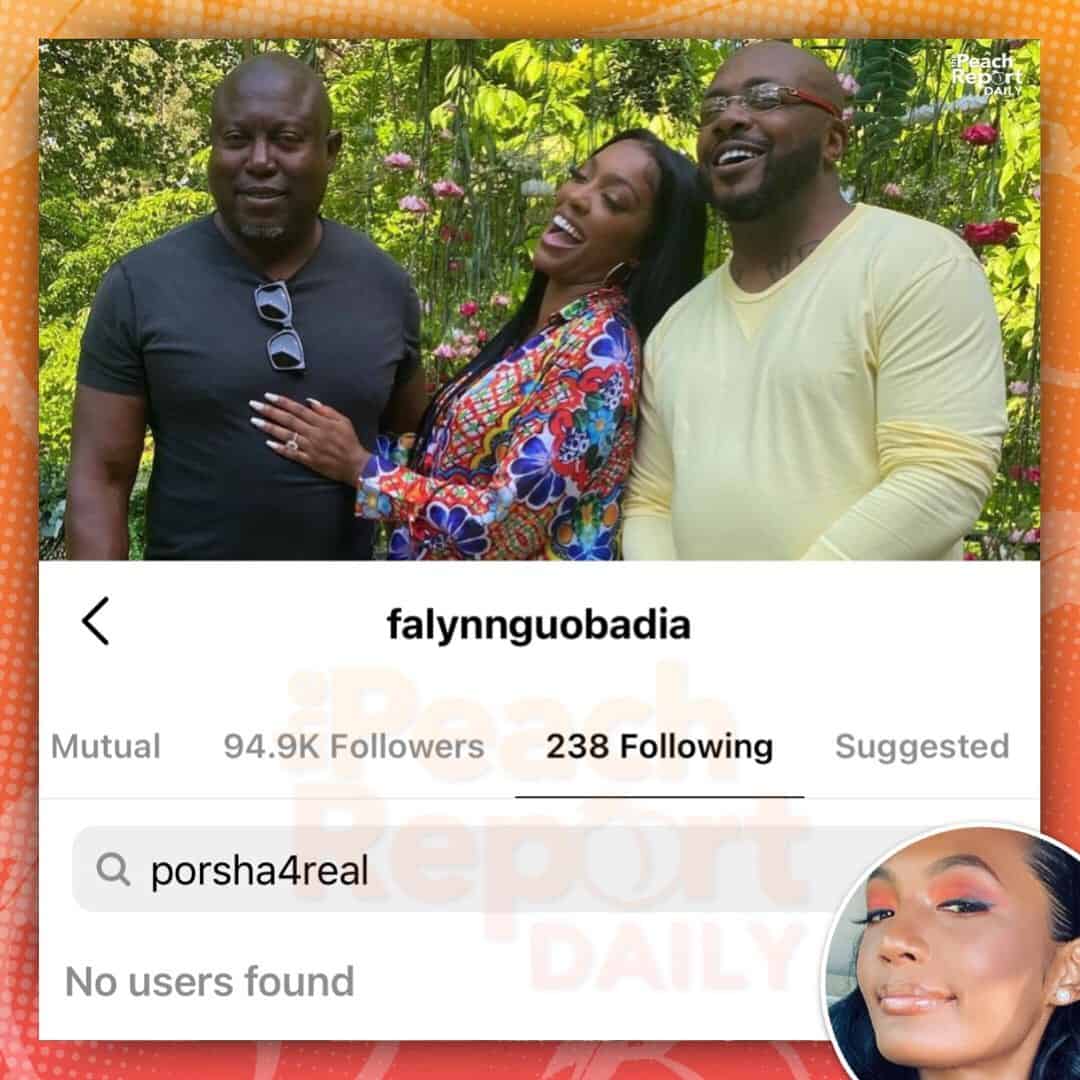 The Real Housewives of Atlanta season 14 is expected to begin filming soon. No word yet on whether or not Falynn, who was seen from time to time on season 13, will return.