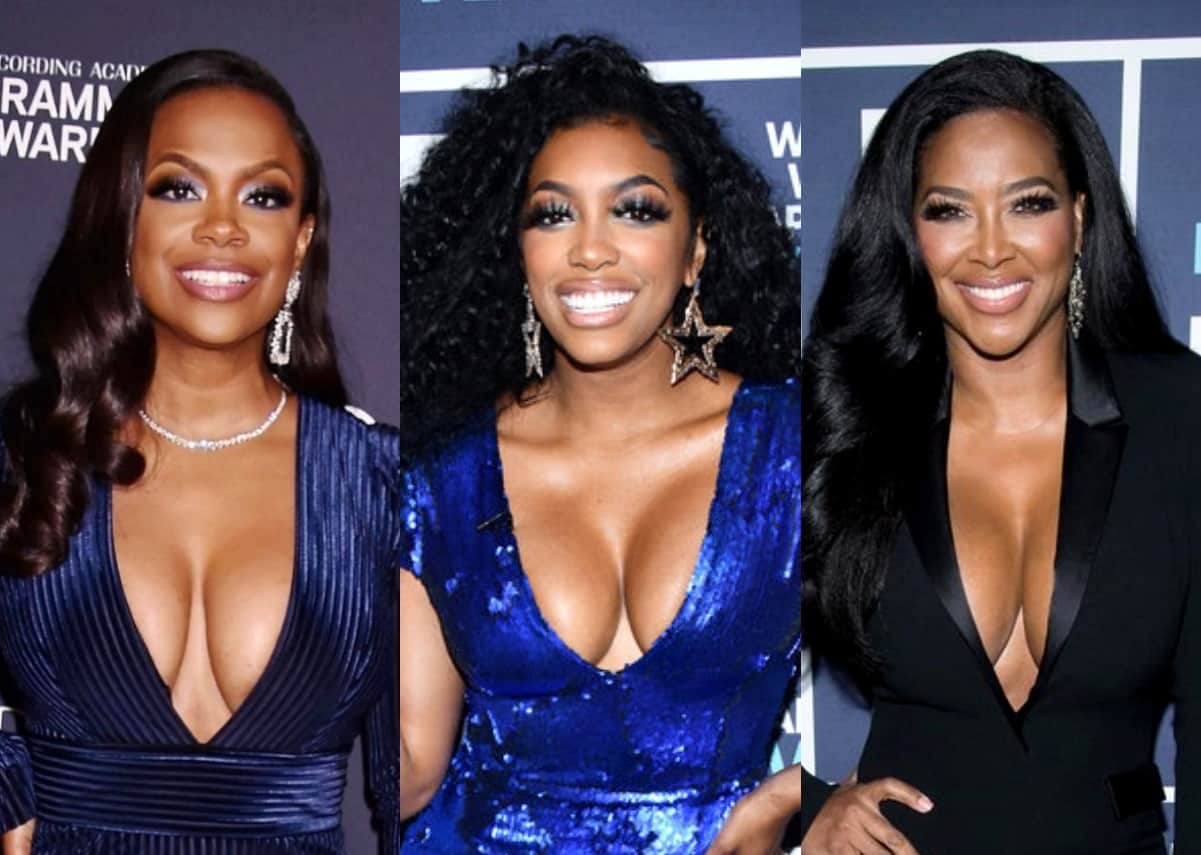 Kandi Burruss discusses the possibility of leaving The Real Housewives of Atlanta, teases an argument with Porsha Williams during the season 13 reunion, and admits Kenya Moore is a “different” person around estranged husband Marc Daly.

Kandi has been a mainstay on the show since she joined ahead of season two, and she has used the platform to create her own little empire. Therefore, year after year, fans wonder if the mother-of-three will return the following season considering her busy schedule.

In a recent interview, Kandi was asked if she has plans to return for season 14, but it seems the star has yet to make up her mind.

“I don’t know, honestly. I feel like it’s a constant change-up in the cast [and] it’s a constant change-up of where people are in their lives,” she explained on Access Hollywood’s Housewives Nightcap series. “I don’t know is really my answer. I’m always contemplating when is my time to make a move. It’s definitely a mutual choice I always say. It’s [the] choice of a person if they want to stay, but also it’s the choice of the network if they want you to stay.”

Nevertheless, when it is time for the respected songwriter to walk away, she’s hoping for a smooth transition.

As for the season 13 reunion, Kandi revealed that viewers can expect a very tense moment between her and Porsha once certain allegations from the past are brought up. If fans recall from season nine, Porsha and former star Phaedra Parks made some rather shocking claims about Kandi and her husband Todd Tucker as they accused the couple of plotting to drug the Dish Nation host for sexual reasons. Of course, the allegations turned out to be false, but the situation still “triggers” Kandi to this day.

“Because of the things that’s happened in the past, there’s always triggers,” she explained. “If you bring up season nine to me, I’m always triggered, okay. You know, they play those flashback videos, you got Marlo [Hampton] bringing the stuff up from the past, so I’m triggered. So, it’s not necessarily something that happened in that moment that triggered me, but when you start bringing up all that stuff from the past, like, I’m gonna start thinking about like, ‘Yeah, I don’t like what you did.’ So, there’s a moment where I have a reflection.”

She added, “I moved past it, but when people keep bringing it up, or if people start playing flashbacks from that time, I’m always gonna feel a way about it. There’s never gonna be a time that I don’t have a negative feeling towards what happened at that time.”

Kandi also dished on her friend Kenya and her messy divorce from Marc. The Envy star said she believes Kenya is finally moving on, but she admitted she’d like to “shake” Kenya at times for not standing up to Marc.

“Sis, I need you to just, you know, stand up for yourself in this relationship like you stand to us all the time,” Kandi declared. “She lets the girls in this group… she lets us have it! You know what I mean? But in that marriage and her relationship she’s so meek. And I’m like, who are you? You are not the girl that we know! You are totally different in this relationship.”

The second installment of the three-part Real Housewives of Atlanta season 13 reunion airs Sunday night on Bravo at 8/7c.