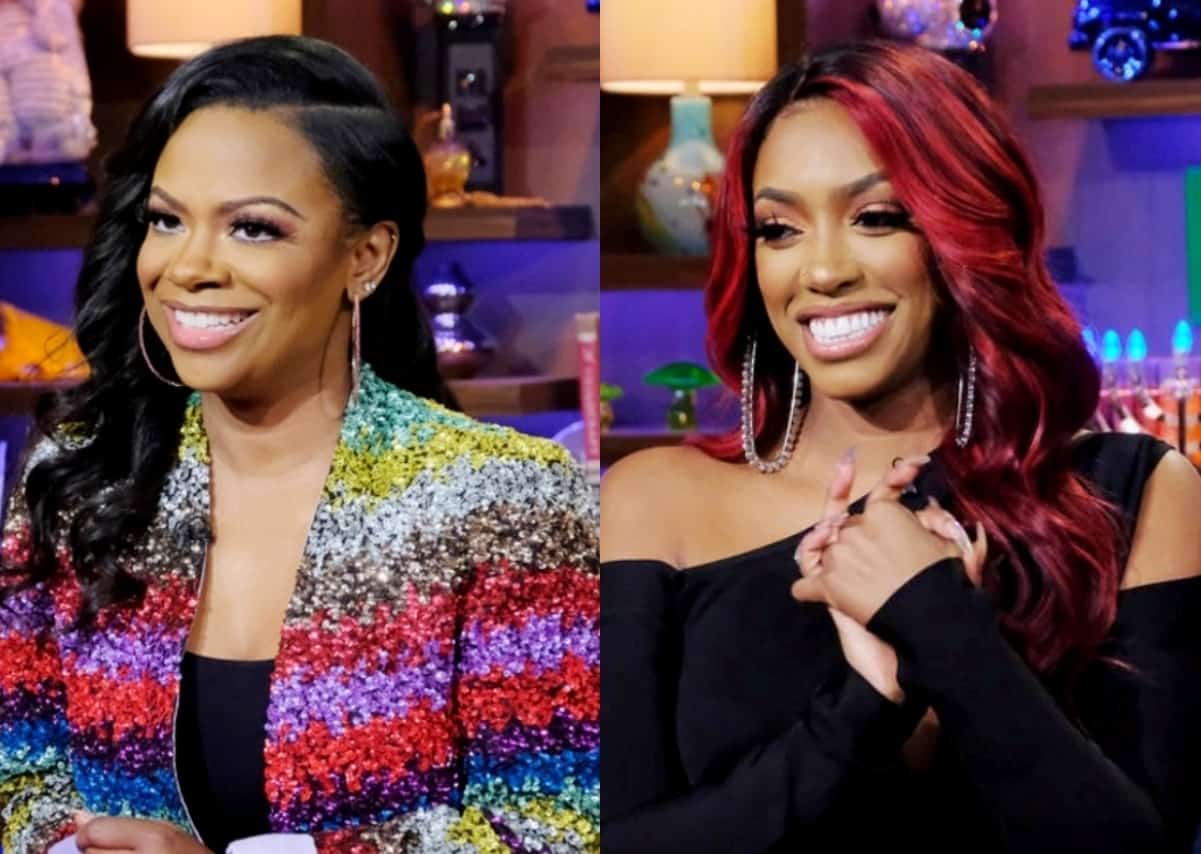 Kandi Burruss is reacting to the Instagram Live video Porsha Williams shared with her fans and followers last week in regard to a scene between the two of them that was ultimately cut from The Real Housewives of Atlanta season 13.

After Porsha admitted to being unhappy with the way a discussion about their Black Lives Matter activism played out following the release of a Vulture article about the topic, Kandi was asked where she stands with her cast mate.

“I don’t really know honestly. As far as I knew, we were cool when we left the reunion. And then this article came out and now I guess she’s on social media. So I have no idea, to be honest,” Kandi told Fox 5 Washington D.C..

During Porsha’s live stream on Instagram, she opened up about a conversation she and Kandi had during RHOA production in which they didn’t necessarily see eye-to-eye in regard to their involvement with the Black Lives Matter movement. However, amid her live, Porsha made it clear that the majority of her issues were with Kenya Moore, who had pulled her efforts into question during the season.

“What the point was that she was trying to make. I’m confused, to be honest,” Kandi said in response.

As some may have heard, Kandi reached out to Bravo about the changes she hoped to see on the platform. However, because she did so without first enlisting the opinions of her castmates, some of them became upset. Then, after a discussion about the matter erupted on-camera, things went down that Porsha didn’t believe would be helpful to the cause, and ultimately, she requested the scene be removed.

When Kandi was then asked if she was surprised by Porsha’s live, she said she wasn’t completely caught off-guard.

“I guess not,” Kandi replied. “At the end of the day, the article talked about a scene that was deleted. Obviously, there were things in that scene that were not a positive look in her eyes. So with that being said, she wasn’t happy about it then and of course, she’s not happy about it being discussed now.”

Real Housewives of Atlanta Live Viewing – This is also the live viewing thread for the season 13 season finale, which airs tonight at 8/7c on Bravo. As the episode airs, share your thoughts in the chat below.