Home Real Housewives of Atlanta News RHOA’s Falynn Guobadia and Husband Simon Confirm Split After a Year and a Half of Marriage, See Their Statement 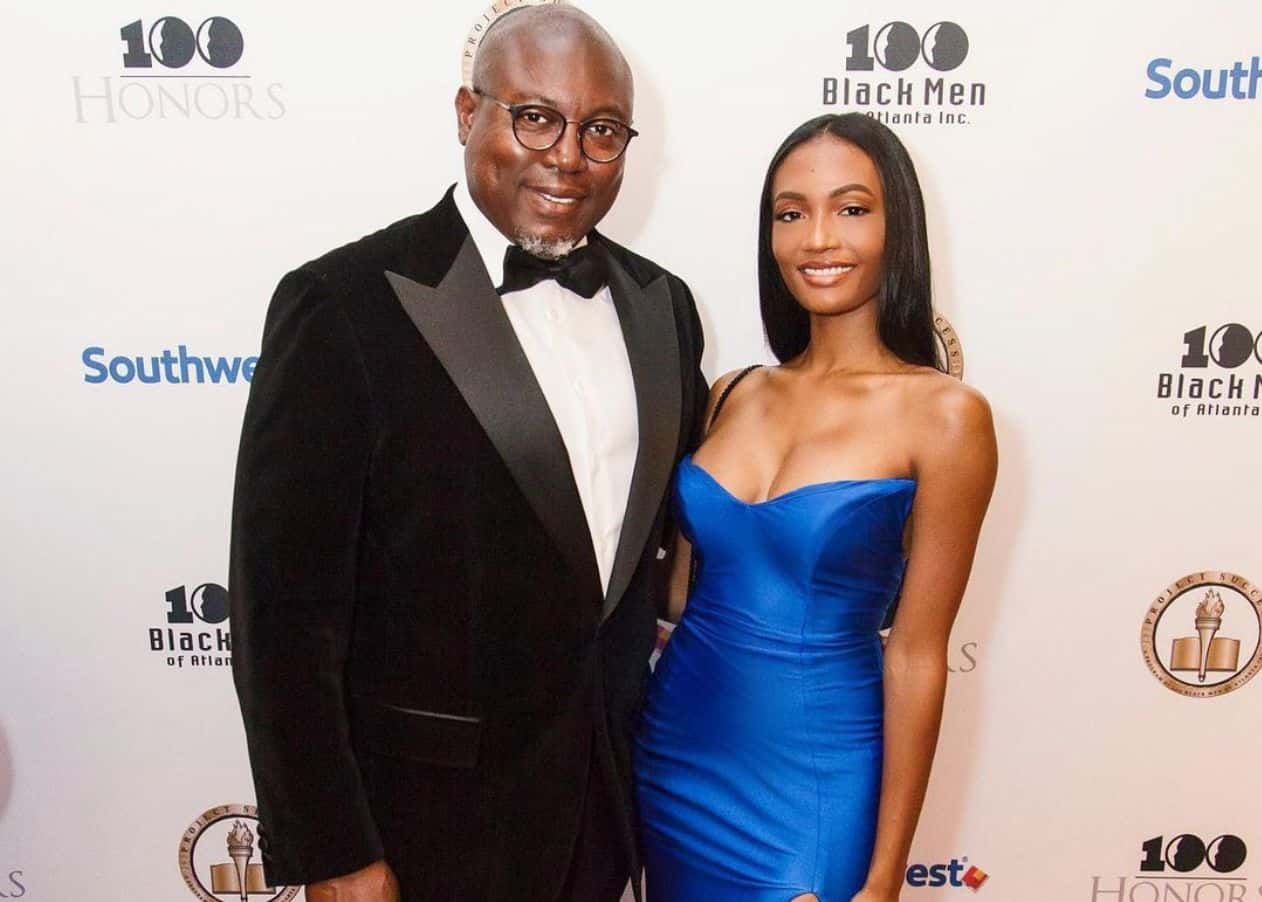 Falynn Guobadia and her husband, Simon Guobadia, have called it quits after just under two years of marriage.

Following months of rumors regarding their potential breakup, the 31-year-old Real Housewives of Atlanta cast member confirmed they made a “difficult decision” to end their marriage on her Instagram Stories as Simon, 56, shared a statement of his own.

“After two years of marriage and 5 years of friendship, Simon and I have made the difficult decision to go our separate ways,” Falynn wrote in her April 22 post.

“We are deeply thankful for the impact we have made in each other’s lives, as well as the bonds formed with each other’s children,” she continued. “This mutual decision was not made lightly, and despite our current willingness to be transparent, we ask our friends and supporters to be respectful of our privacy as our family gets through this very difficult period.”

Falynn also thanked her supporters for their ongoing love for her family. 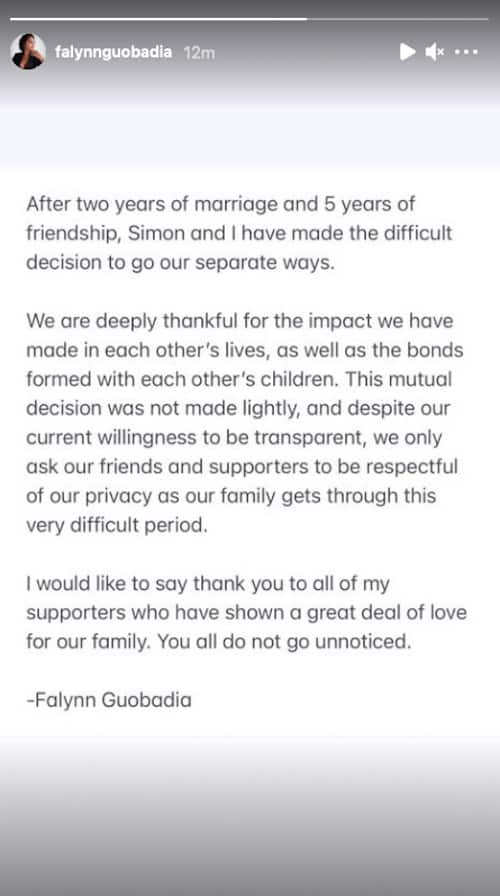 In Simon’s statement, which was shared on his Instagram page, he told his online audience that he and Falynn were calling it quits after not two years, but a year-and-a-half.

“After a year and a half together, Falynn and I have made the mutual decision to end our marriage,” he shared.

“Despite our willingness to be transparent, we respectfully ask for privacy at this time,” Simon added.

Falynn and Simon tied the knot on June 14, 2019, in Atlanta, and they faced rumors of a possible split earlier this year.

As RHOA fans may have seen, LaToya Ali told her fans and followers on Twitter in March that Falynn had been “kicked out” of his empire and couldn’t afford a flight to film the reunion. Around the same time, the couple’s joint images on social media began to disappear and they quit following one another on Instagram.

While Falynn was featured in a limited role on season 13, Kenya Moore hopes to see her upgraded to a full-time position ahead of season 14.

“She’s shy, but she has so much,” Kenya said in March. “She has a child with autism, she homeschools, her husband is like 20-years older than her. She has three kids — [her husband] married her after three kids. She has the life, she has a private plane that’s hers [and] she’s where the money resides.”

The Real Housewives of Atlanta season 13 reunion begins airing this Sunday, April 25, at 8/7c on Bravo.