Home Real Housewives of Atlanta News RHOA’s LaToya Ali Implies Falynn Guobadia and Her Husband Have Split as Falynn and Simon Unfollow Each Other, Falynn Also Mocks LaToya, and Did the Ladies Attend the Reunion Taping? Plus Live Viewing Thread

RHOA’s LaToya Ali Implies Falynn Guobadia and Her Husband Have Split as Falynn and Simon Unfollow Each Other, Falynn Also Mocks LaToya, and Did the Ladies Attend the Reunion Taping? Plus Live Viewing Thread 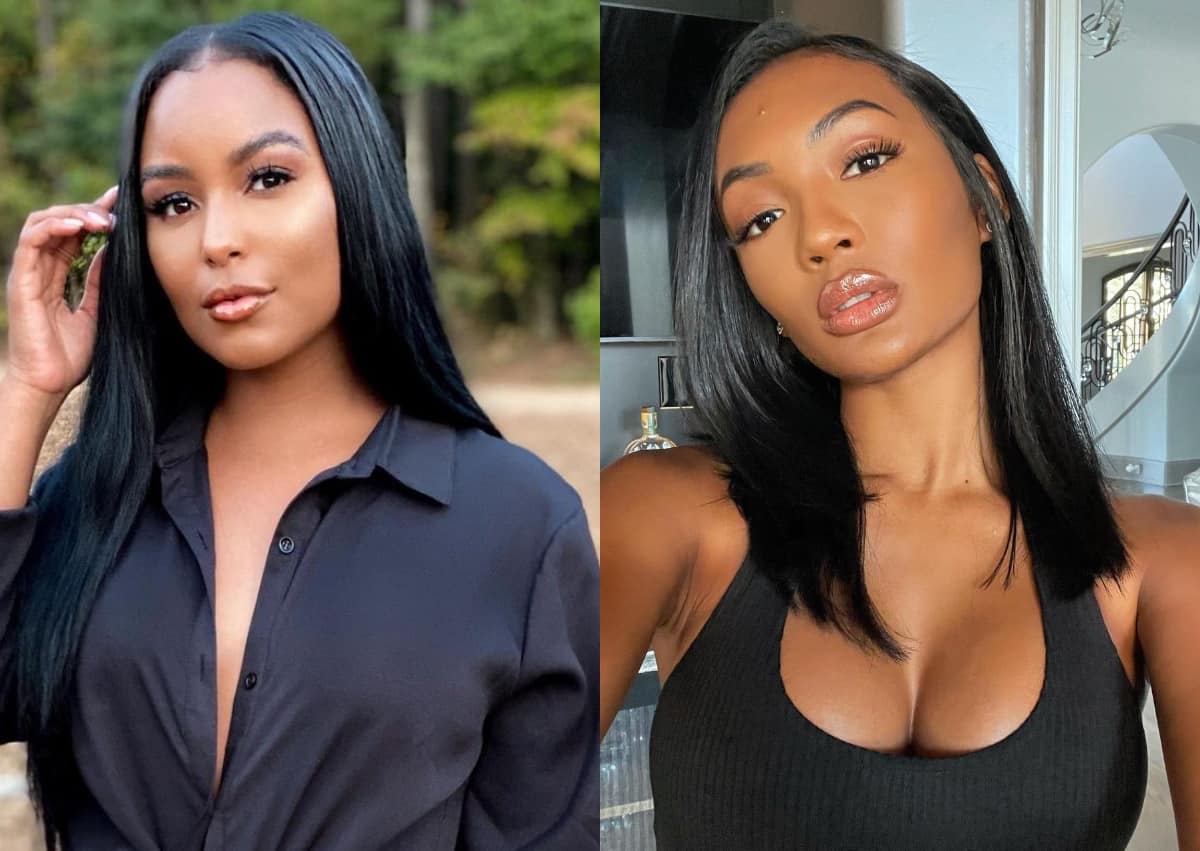 LaToya Ali and Falynn Guobadia are blasting each other on social media yet again as rumors begin to swirl that Falynn and her husband, Simon Guobadia, have split.

LaToya and Falynn really, really do not like each other, and the two have been trading jabs on social media all season long. Though Falynn hasn’t played a prominent role so far in season 13 of The Real Housewives of Atlanta, she did have an epic fight with LaToya on the March 21 episode, and viewers watched as she had to be restrained by the producers after she grabbed a golf club and attempted to chase after LaToya.

Unfortunately, it seems fans will not get to see the ladies hash out their differences at the reunion because according to Falynn, she did not attend.

On March 24, the same day the RHOA reunion was set to be filmed, LaToya took to her Instagram Stories and revealed she was sick. 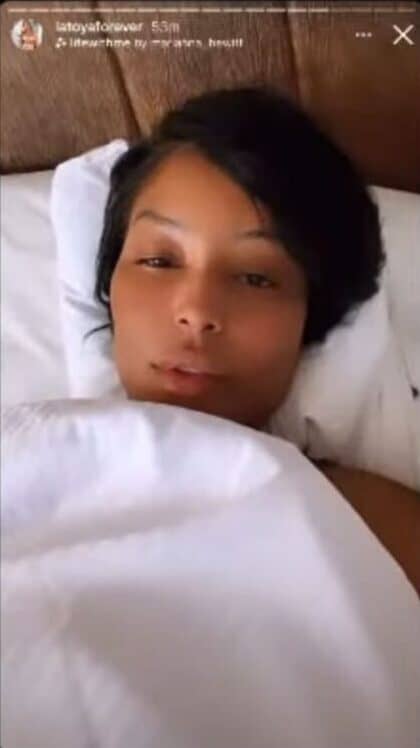 Then, after several fans accused her of faking it so she didn’t have to face the music – or Falynn – at the reunion, she clapped back.

“I think it’s so funny that some of y’all think I’m playing sick because I don’t want to go to the reunion,” she said in another clip. “Listen, who the hell is scared of anybody? I’m the one who caused all the drama [and] I don’t have a filter, I get that. But all I state are facts and if people want to be mad at me for stating facts, that’s on them.”

Falynn caught wind of her co-star’s illness and took to Twitter to mock LaToya and assure her she had nothing to worry about, writing, “You can stop playing sick, girl. I won’t be there.”

LaToya was alerted to Falynn’s tweet and she clapped back, “She didn’t get her guest pass cleared for the show,” but she then took things a step further and brought up a rumor that’s been circulating on social media.

“Hubby kicked her out the empire and can’t afford a flight. Meet me at the Reunion,” she wrote.

It seems that the YouTuber is paying close attention to what some eagle-eyed fans have recently noticed on Instagram. The fan account, RHOA X RHOP, revealed on March 16 that Falynn and her husband are no longer following one another and also alleged that Simon has deleted most of his wife’s photos from his account. As a result, quite a few people began commenting on the post with many claiming to have “tea” on the relationship.

One person wrote, “They have [had an] up and down relationship for years. Whew the tea about them before they got married is piping hot. They should’ve stayed off of TV.”

Of course, this fan’s allegation cannot be proven, but it seems LaToya is taking note and using fans’ comments as ammunition.

Meanwhile, Simon is currently on vacation by himself, which is only fueling rumors that he and the reality star have split.

“On vacation, please leave a voicemail and I will get back to you when I get back,” he wrote on March 16. “When you ask? Your guess is as good as mine.”

Then, on March 26, he asked his followers to share the “best advice they’ve ever been given,” and when one fan wrote, “Leave him,” he countered with “Or her.” 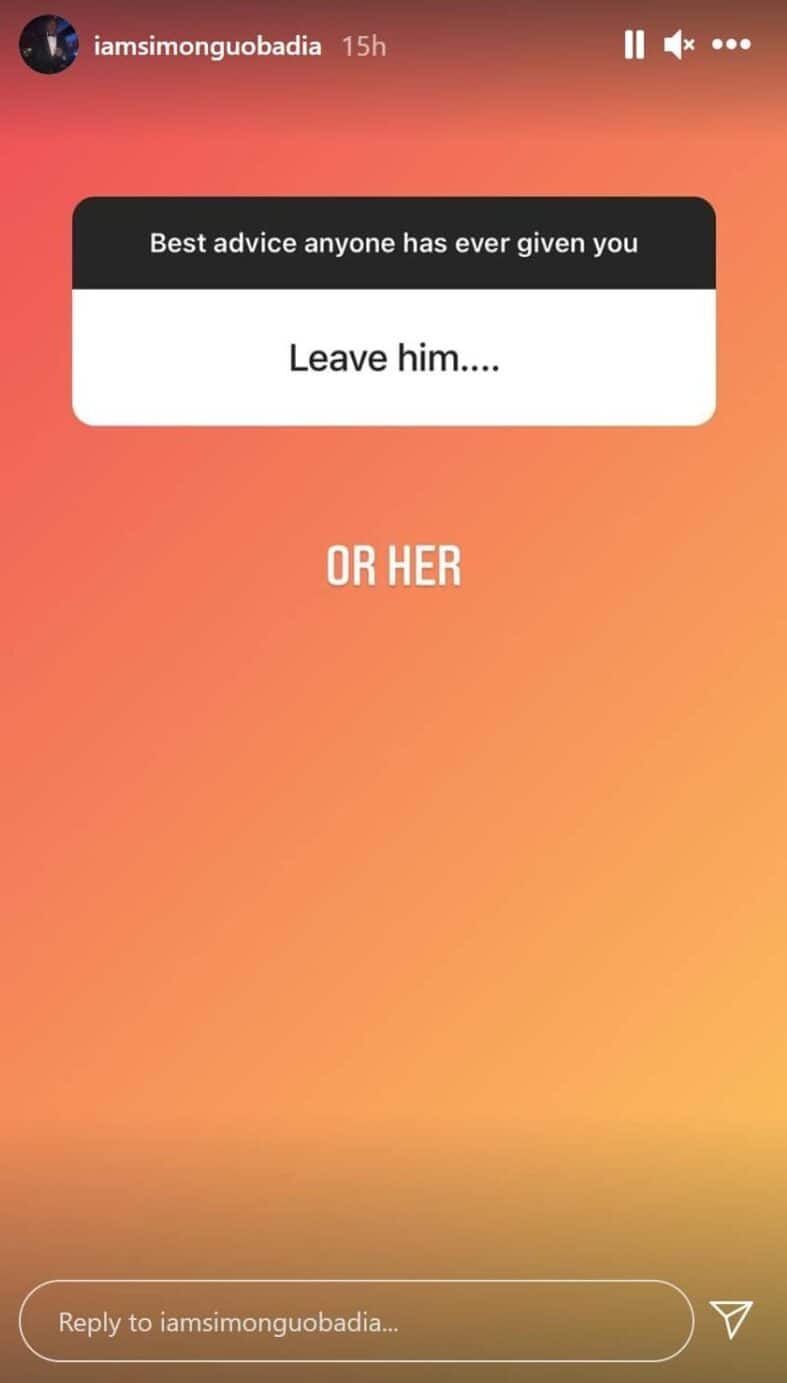 Falynn has yet to address the divorce rumors and ignored LaToya’s claim that she has been “kicked out” of the house she shares with Simon as she simply responded, “Oh! She’s feeling better now, y’all! It’s a miracle!!!”

Real Housewives of Atlanta Live Viewing – This is also the live viewing thread for tonight’s new episode of season 13, which airs at 8/7c on Bravo. Feel free to share your comments in our chat below.