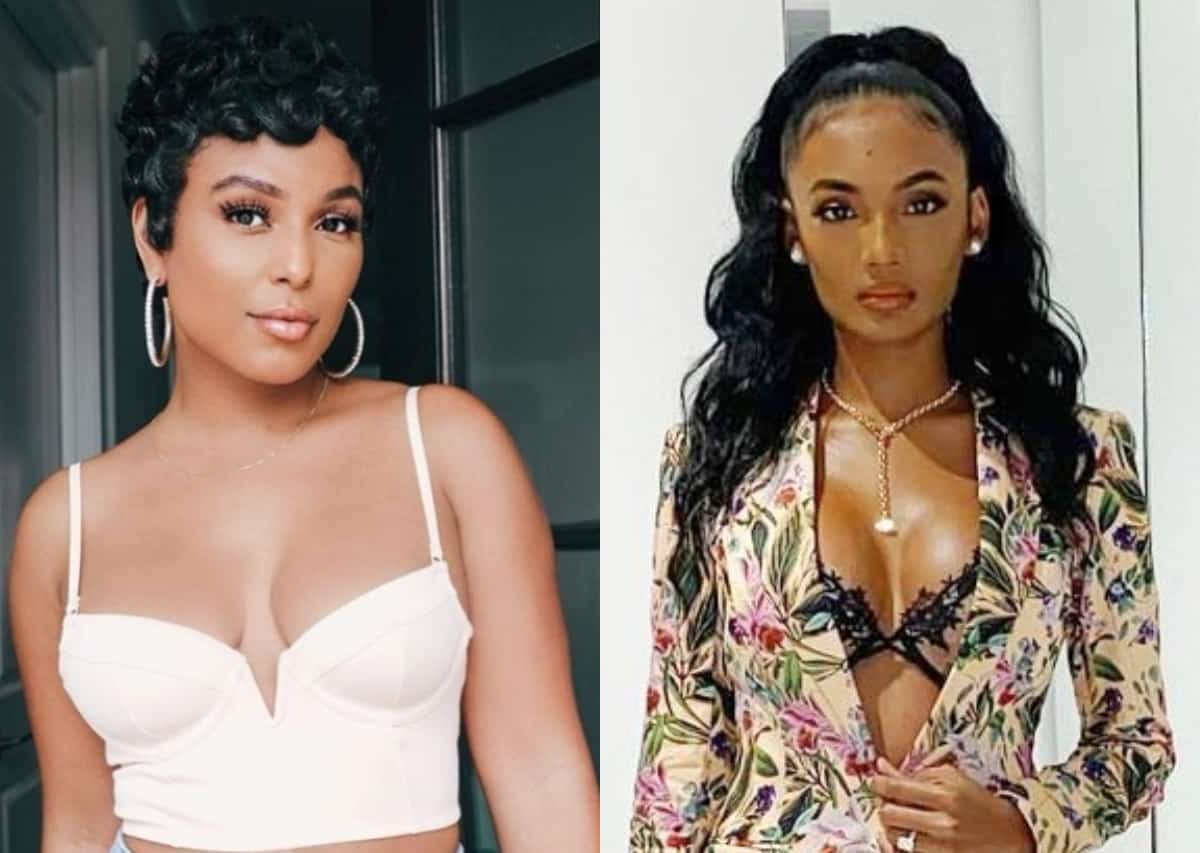 LaToya Ali issued an apology for her “colorist” behavior after Falynn Guobadia slammed her Real Housewives of Atlanta co-star for her insensitive remarks as Drew Sidora also weighs in.

LaToya has been receiving a ton of backlash after a clip resurfaced showing the reality star blasting a former friend in a highly inappropriate manner. The since-deleted, “storytime” video was originally posted to LaToya’s YouTube account, but the most cringeworthy portion of the video has been making the rounds on social media.

“This girl is super ghetto,” Latoya says in the clip. “She has huge Donkey Kong lips. Y’all just close your eyes. Just imagine a face with two pillowcases as lips. Now open your eyes. She wore single braids and every time she would swing her hair, a braid would fall out. You see that braid that’s just lingering around in your neighborhood, yeah, it’s probably hers,” she shockingly states.

Fans were understandably outraged and immediately began to call for LaToya to be fired. Nevertheless, the fans weren’t the only ones who were offended by the star’s remarks.

Falynn, who is also a “friend” on the show, blasted her fellow cast member for her comments, but only after LaToya decided to come for her first. Falynn recently did an interview with Up And Adam and a clip of the entrepreneur talking about being a “strong, independent woman” began circulating on Instagram. LaToya then decided to comment, “What exactly do you do,” on one of the clips and Falynn tastefully clapped back.

“Well since I have some time today… I own a petroleum logistics company that I started before the age of 30,” she wrote in the comments section of RHOA X RHOP‘s Instagram account. “I am a real estate investor. I paint abstract art. I carry a successful BLACK man’s legacy. I raise my BLACK husband’s BLACK sons. Oh, and side note, my BLACK husband has big lips too. I thought a little girl with a colorist issue said something. Stay well and God bless.”

Rather than retaliating, LaToya decided it was time to apologize for her “triggering language” as she took to Twitter on February 12 to issue a statement.

“First and foremost I would like to apologize for my triggering language that I used in a video clip that resurfaced from [seven] years ago,” she wrote. “Despite the fact that my intent was not to cause harm or to offend black women, I did just that. I am a proud black woman and I think all black women are valid and beautiful.”

LaToya added, “I was ignorant to the fact that my words for perpetuating inherit biases and anti-blackness that we as black people deal with every day. With that said, ignorance is not an excuse. I have learned and grown exponentially since then, particularly within the last year. Those words do not reflect the woman I am today, and again I am truly and sincerely apologetic for the hurt that I have caused.”

Though she may claim to be sincere, her co-star Drew isn’t buying the apology. Soon after LaToya posted the statement, Drew blasted the YouTuber by claiming she’s only trying to save her brand.

“You should not come for a culture and make fun of our lips and try to apologize and save your brand,” she tweeted.

Then, in a second tweet she stated, “A leopard doesn’t change [its] spots.”

Real Housewives of Atlanta Live Viewing – This is also the live viewing thread for tonight’s new season 13 episode, which airs on Bravo at 8/7c. As the episode airs, please share your comments in our chat below.