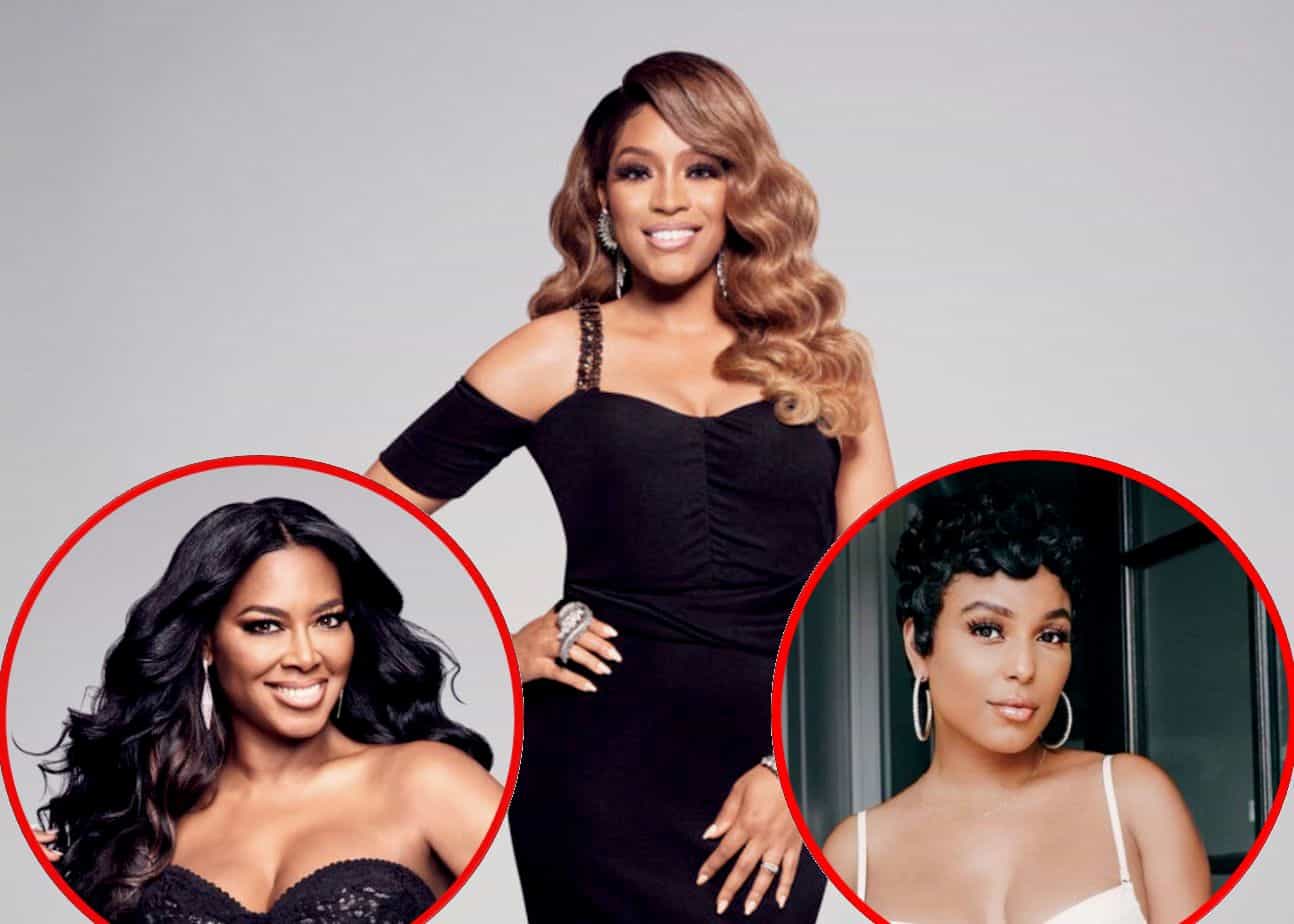 Drew Sidora slams both Kenya Moore and LaToya Ali and insinuates that both ladies are to blame for their marital issues.

The Real Housewives of Atlanta newbie isn’t afraid to throw shade at her co-stars’ marriages even though her own marital issues with husband Ralph Pittman Jr. have been playing out on the show. She has previously claimed that Kenya prejudged her, but it’s obvious that the two have some serious bad blood, because the actress is blasting the former pageant queen and blaming Kenya for her impending divorce from Marc Daly.

“[Kenya’s] very fake and I don’t do fake, like, I’m gonna tell you how I feel,” she told YouTuber Leah A. Henry. “So, it was just a lot of lies that I’m seeing, like ‘Oh, so it’s PMS?'” Drew wondered referring to Kenya’s explanation for ordering food only for herself on the January 31 episode. “I believed it in that moment, but now I’m like, ‘that was a lie!'”

Drew continued, “Let’s keep track of Kenya’s lies at this point and then we’ll understand why her husband left her. I think she’s making it very clear for all of us.”

She then set her sights on LaToya when asked about the wig drama. As RHOA fans likely know, LaToya has repeatedly mocked Drew’s wigs, and even purchased a new one for her, which Drew did not accept.

“The hate is real and I felt really good about my wig,” she explained. “And it’s quarantine, COVID, we’ve all been locked in the house. Come on, we’re all doing the best we can. But my thing is, why are we throwing negativity at each other and we haven’t even met? Like, let me give you a reason to be mad. I’m from Chicago, I can give you a couple reasons, but to just hate for no reason, I was just really taken aback.”

“Spend less time on the wig and more time on the eyebrows,” she continued. “That’s what I wanna tell her now that I’ve gotten to know her and I’ve looked at her face a few times.”

One of the biggest scandals that is set to take place this season occurred at Cynthia Bailey‘s bachelorette party. It’s been reported that a few of the cast members hooked up following a wild night of drinking and partying. When asked if she thinks any of her castmates are “bi-curious bisexual or lesbian,” Drew took another shot at LaToya by insinuating her co-star was more than a little flirty with the ladies.

“Let me just say this, there is one particular person who couldn’t keep her tongue in her mouth!  And we know who’s been thirsty. I see you biggest fan,” referring to LaToya who Drew has personally autographed a headshot for. “She’s probably watching me right now.”

LaToya is also estranged from her husband of six years as she confirmed they were divorcing before joining the show. Drew doesn’t appear to have any compassion for the YouTube influencer because she’s not holding back regarding her marriage either.

“There were some things that I saw from her that I was like, ‘Okay, I see why you’re struggling in your marriage and you’re going through whatever and you’re trying to get with Kenya.’ I get it! It all makes sense, let’s just put it that way,” she teased.

There’s no new episode of RHOA tonight due to the Super Bowl game but the show returns with new episodes next Sunday at 8/7c on Bravo.