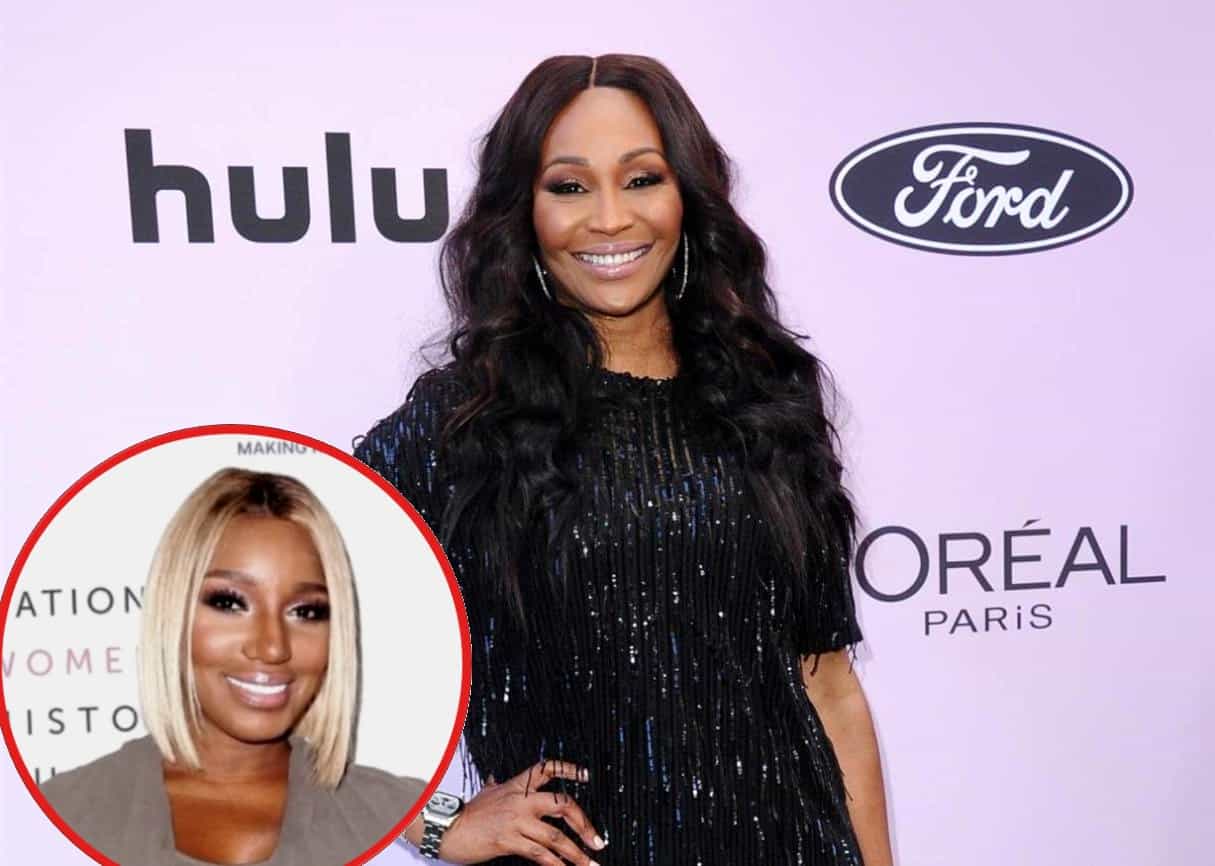 As the coronavirus pandemic rocked the world, Bravolebrities felt the effects, from event cancellations to production halts. However, Cynthia Bailey still maintained an eventful year, with a beautiful Georgia wedding and filming for The Real Housewives of Atlanta season 13 to boot.

Speaking in a new interview, the reality star dished on the details of her “I do” to her husband Mike Hill, talked Nene Leakes‘ notable absence from the ceremony (and season 13 of the show), and gave a bit more insight into that very naughty bachelorette party already causing some pre-season drama.

First discussing her memorable night of tying the knot, Cynthia said she and Mike reading their vows to each other was “hands down” her favorite part of the evening.

“He came with the most beautiful vows that he wrote,” she told E! News’ The Daily Pop. “I pretty much just wrote down a couple of bullet points and just winged it. But I came from just such an honest place. It just ended up working out perfectly and I think for a lot of our guests that was their favorite moment as well.”

Speaking of her wedding, Cynthia’s former BFF Nene was one member of the guest list who didn’t show. She recently publicly addressed the reason for her absence and shut down rumors of demanding $125,000 to attend.

“I really would have loved Nene and Gregg [Leakes] to come to the wedding,” Cynthia revealed. “Although we’re not in the best place right now, I want to believe that regardless of that, she is happy for me, and she is happy that I found Mike. I really felt in my heart…it felt actually wrong not to extend the invite.”

Cynthia continued, “Now whether she chose to come or not, that’s completely up to her. But I felt like I wanted to invite my old friend to be a part of my special day. And I was completely fine with whatever she was fine with.”

Cynthia also couldn’t leave the conversation without being asked about that salacious bachelorette party that already made headlines before the RHOA season 13 trailer even dropped.

“I cannot confirm nor deny anything that happened after Miss Bailey Hill went to bed,” Cynthia joked, referenced the parts of the trailer teasing the idea that some of her fellow housewives hooked up with a stripper. “But clearly some things went down. These are grown women. They can do whatever they want to do with whoever they want to do it with. It is not my business. If they like it, I love it.”

Even so, Cynthia clarified that she’s not at all nervous for her new hubby to see the footage from the party, sharing that she’s already debriefed him on what went down.

“I can tell you one thing: that Kandi [Burruss] can throw a party, honey!”

The Real Housewives of Atlanta season 13 premieres Sunday, December 6 at 9/8c on Bravo.