RHOA Star Tanya Sam Denies Stripper Hookup as Male Dancer Shares His Side of Story, Plus is Tanya Considering Legal Action Against Bravo Over Storyline? 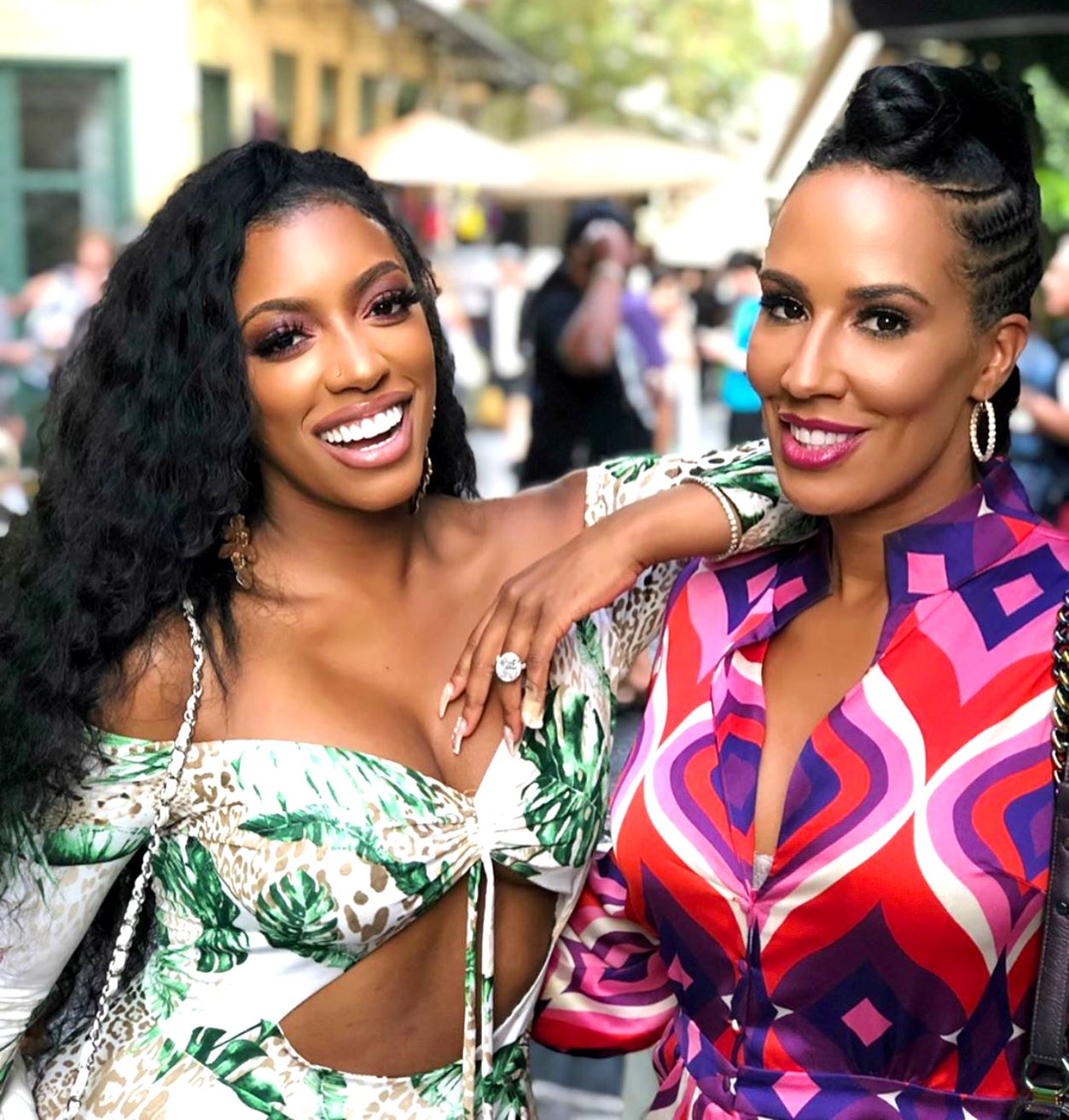 Tanya Sam is speaking out against recent rumors claiming she and Porsha Williams slept with a stripper at Cynthia Bailey‘s bachelorette party in Charleston, South Carolina earlier this month.

In a series of posts shared to her social media pages, the Real Housewives of Atlanta star is not only denying the claims being made against her, but she is also seemingly blaming Bravo for the creation of the fake story. Plus, the stripper, Michael Bolwaire, aka B.O.L.O the Entertainer, is also sharing his side of the story.

“I will address this topic now and will not entertain this absurdity further. The rumor circulating about me is NOT TRUE,” Tanya wrote in a statement shared to her Instagram and Twitter on October 10.

Earlier this month, Tanya, who is engaged to Paul Judge, and Porsha Williams were accused of getting frisky with one another before hooking up with the stripper at their RHOA castmate’s party. Days later, Tanya has hinted that the entire scenario was fabricated by those working on the upcoming episodes.

In one “liked” tweet, which was captured by the Reality TV Source on Instagram, Tanya suggested a lawsuit against Bravo was possible.

“You better sue the hell out of Bravo. And if you walk away next season, I stand with you!”

Tanya also “liked” a series of other tweets relating to the matter.

“I didn’t believe it anyway. This rumor proves one thing. They are desperate to get [people] interested so that they will watch the show. Count [me] out. As long as Kandi and Kenya are on there, I won’t be watching,” read one of Tanya’s “liked” posts.

“Tanya, I 100 [percent] believe you and can’t believe that those lowdown haters would slander your name in this manner. You are a beautiful and genuine person. Don’t let these rumors destroy who you are! Love you!” said another. 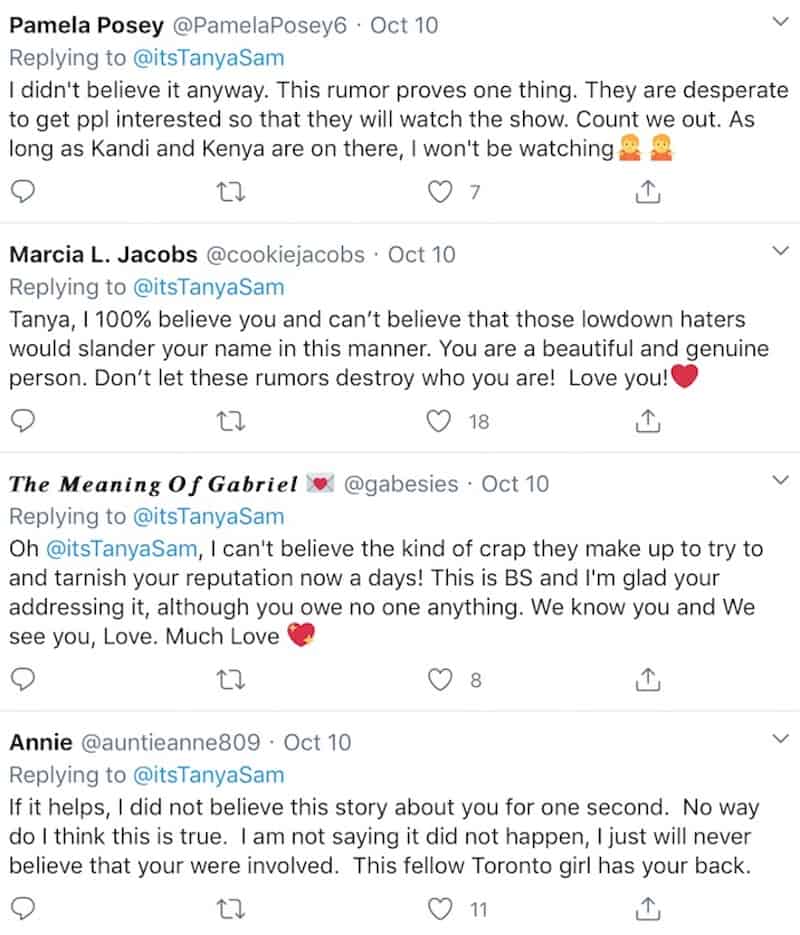 Following the drama, Michael, who was identified by Wendy Williams during a recent episode of her show, shared a statement on his Instagram page.

“To whom this may concern. I’m not just a stripper. I’m the stripper. I built an entire brand on professionalism, and it don’t just stop here y’all. I got fans, followers and supporters that’s been around for years that can attest to that,” Michael began.

“The rumors and allegations that’s going around right now, straight bullsh*t. Although I’m flattered to be in the same conversation as those beautiful women, nothing happened,” he continued. “I don’t need any unnecessary mileage on my d*ck. Again, nothing happened. Y’all be cool.”

The Real Housewives of Atlanta season 13 is in production and expected to air on Bravo sometime later this year.