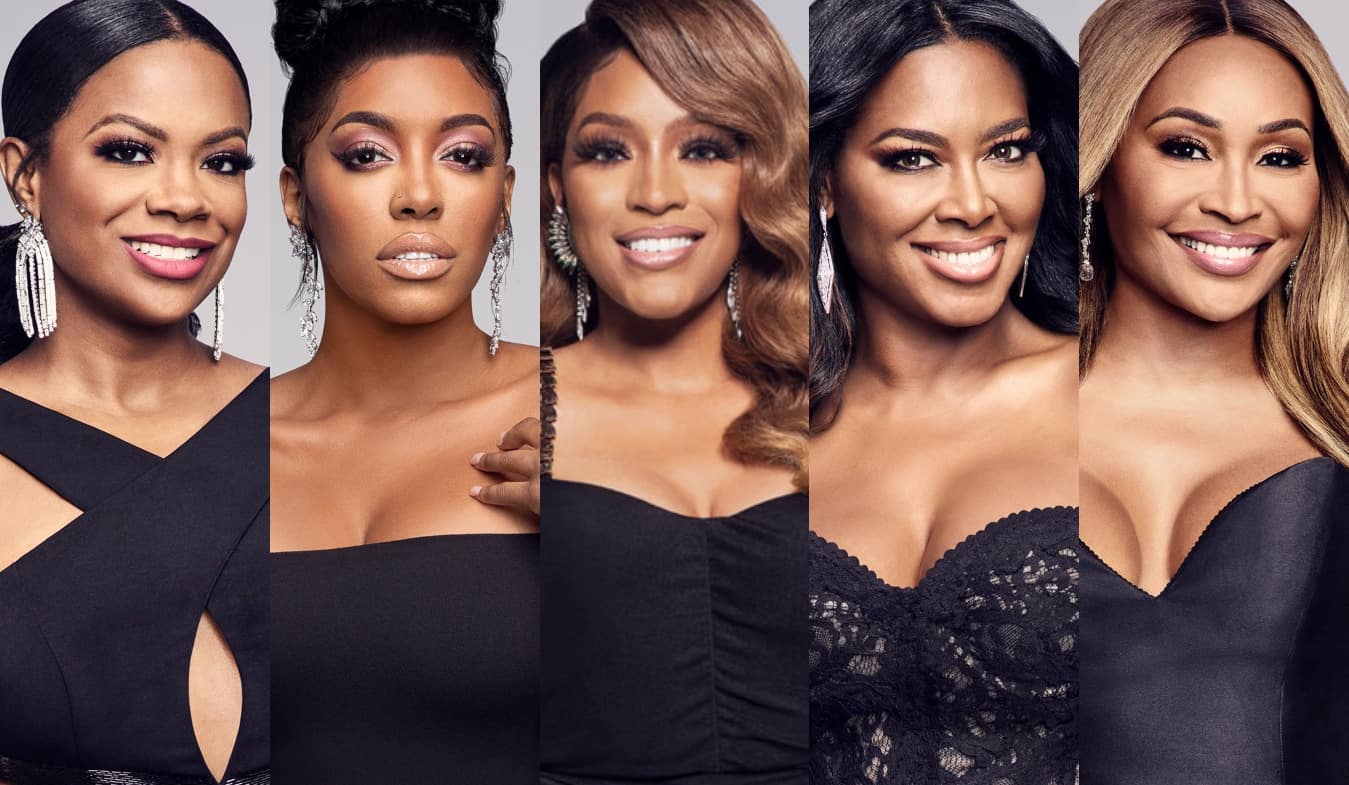 It seems the Real Housewives of Atlanta ladies are headed back to the dungeon as their reunion looks are revealed as well as spoilers of the drama that went down at the recent taping.

As expected, Porsha Williams and Kenya Moore reportedly went head-to-head over the Bolo situation, and newbies Drew Sidora and LaToya Ali also came in hot. But according to Tamra Tattles, who got the scoop on all the reunion tea, it was Porsha who delivered the most compelling performance, and of course, she looked stunning while doing so. 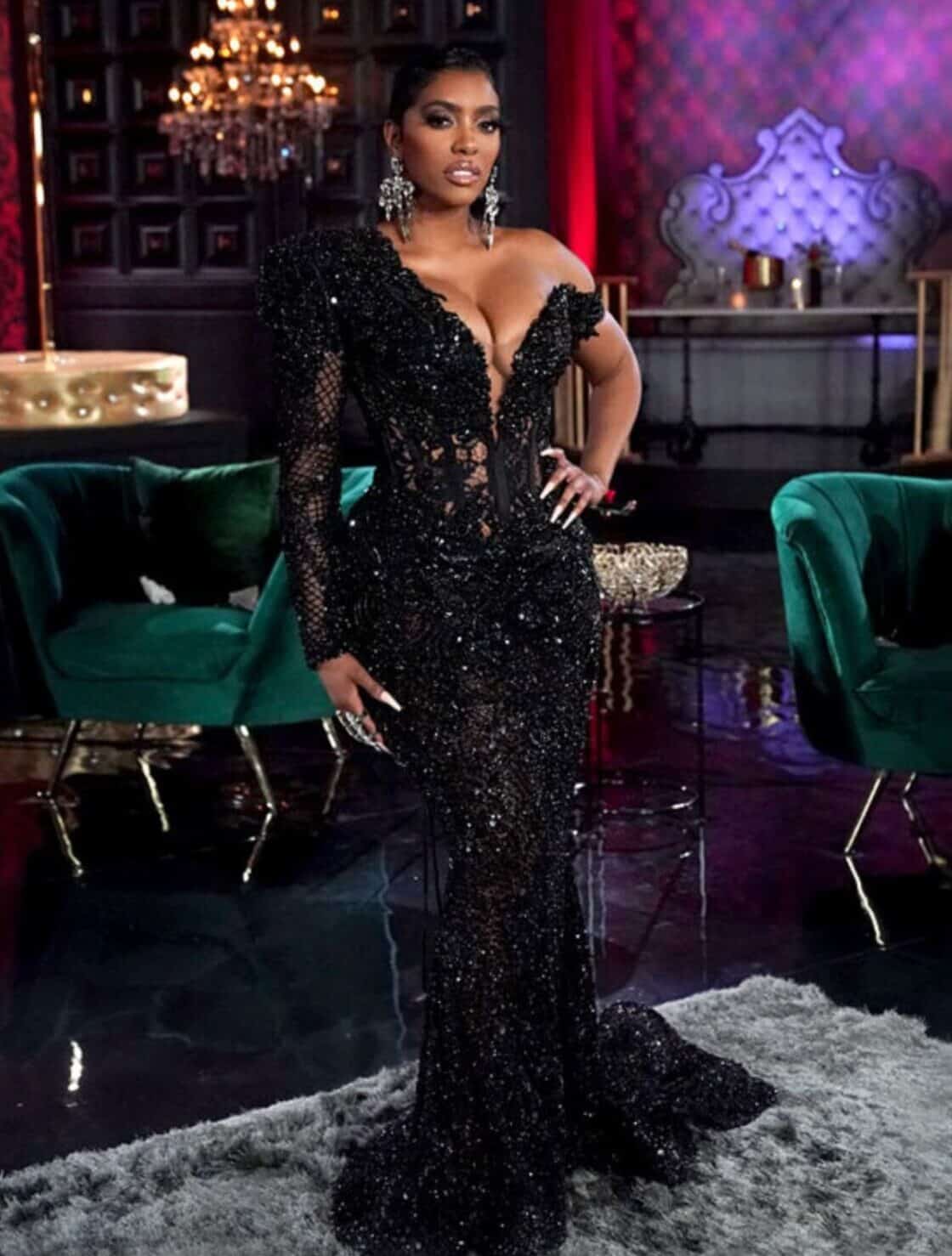 The mother-of-one slayed in this Esé Azénabor Atelier number, which she paired with statement earrings. Let’s hope she used gorilla-strength tape to keep her gown in place as she reportedly goes hard while defending herself against Kenya’s allegations. It’s unclear if she admitted to sleeping with Bolo, but viewers will see her repeatedly declare she’s “a grown a** woman who can do as she pleases.” That won’t be her only memorable statement, though, as she apparently shades Marlo Hampton and her “friend” status on the show by claiming Marlo does “double the work for half the pay.” 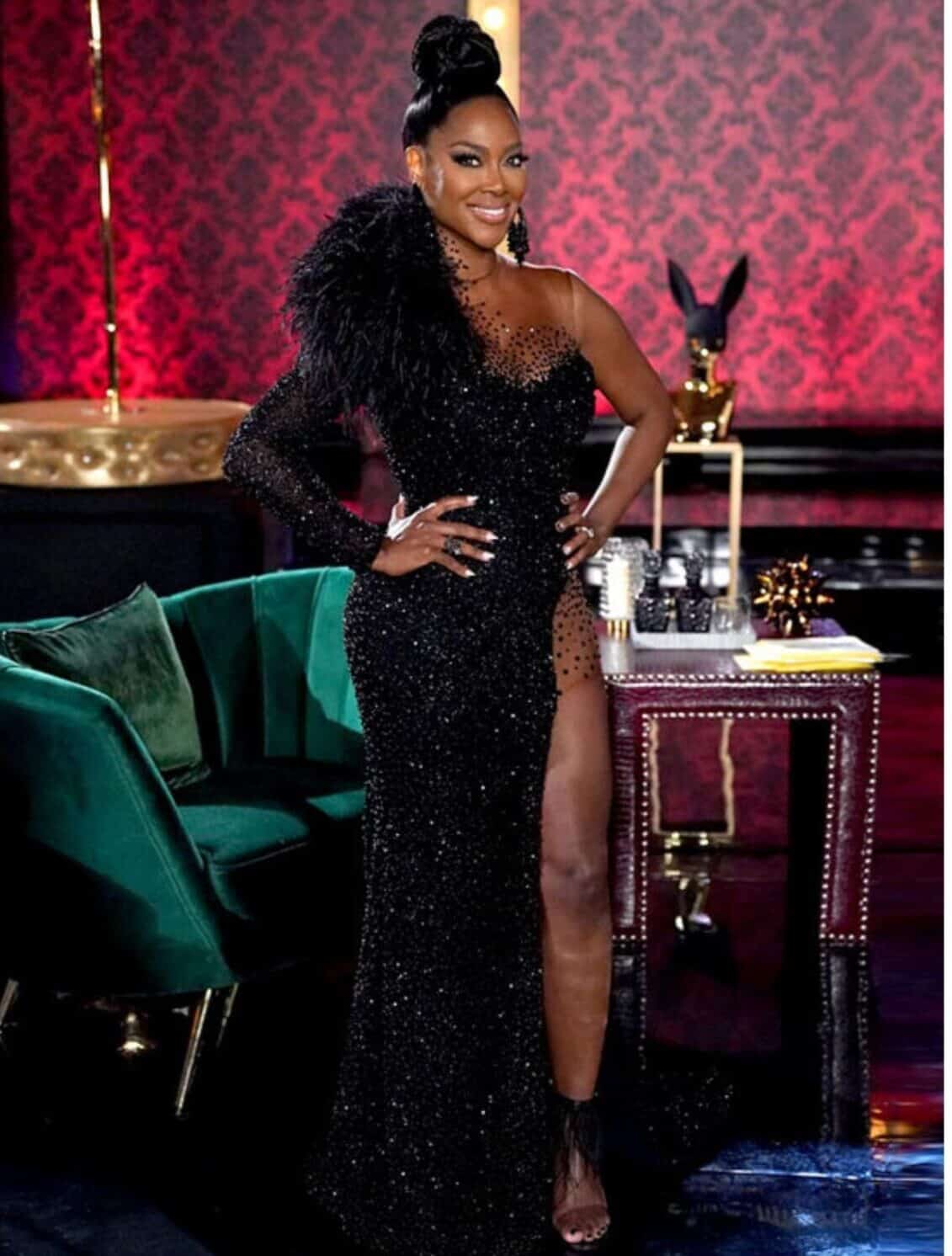 Kenya looks like the beauty queen that she is with this head-turning Linda Stokes design per Bravo TV. Her braided bun fits the look perfectly, but it was probably also a strategic choice since she’s had her hair snatched before. Of course, she discussed her investigation into stripper-gate, but she also reportedly called out her one-time girl crush, LaToya, as she accused the newcomer of making things up for more camera time. 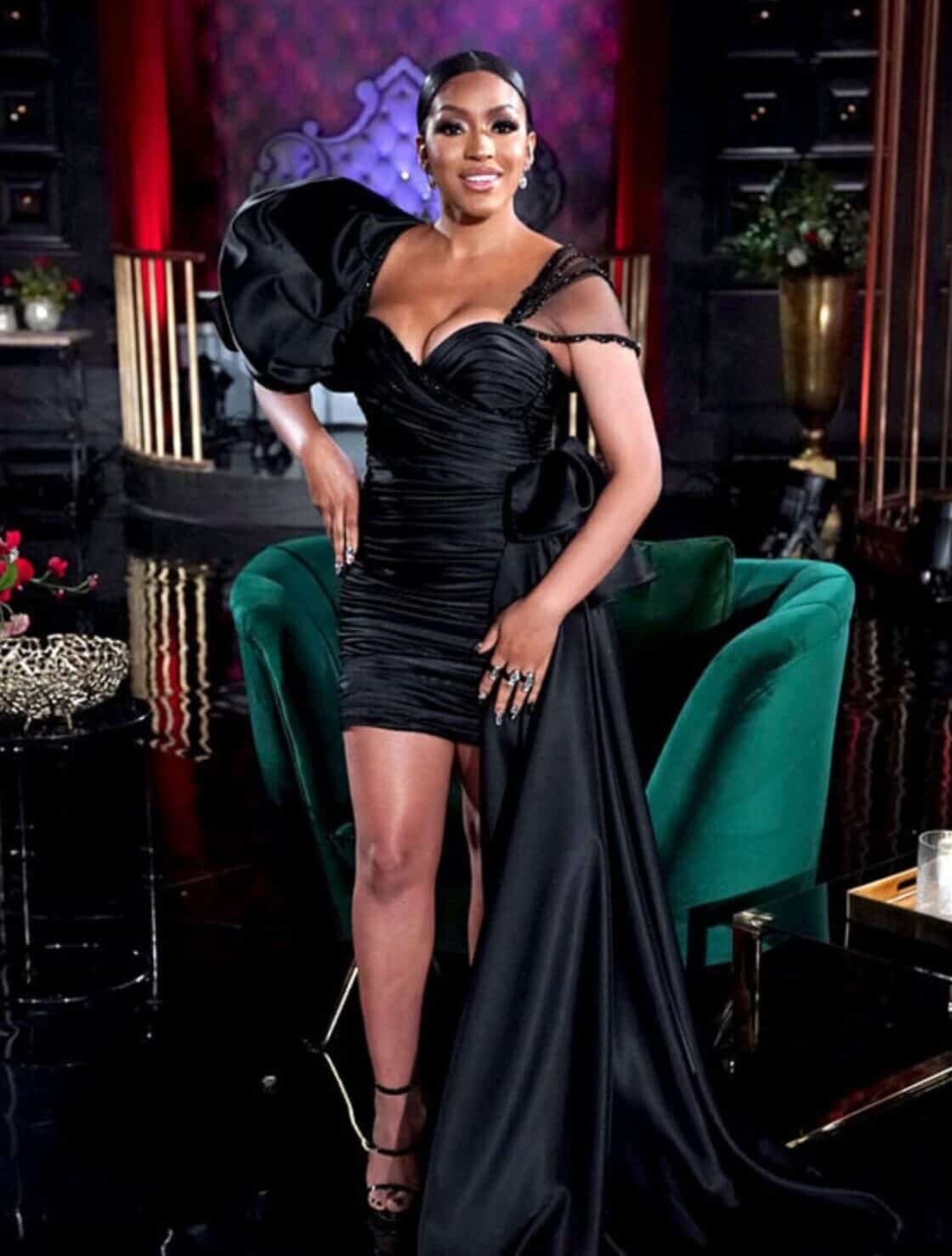 The newest peach-holder was determined to make a statement for her first reunion appearance with this Brides By Nona Couture Atelier piece. Drew looks fit and ready to call Kenya out for always coming for the new girl. However, according to reports, she also took LaToya to task for her problematic behavior and even brought up alleged shoplifting claims against the YouTuber. 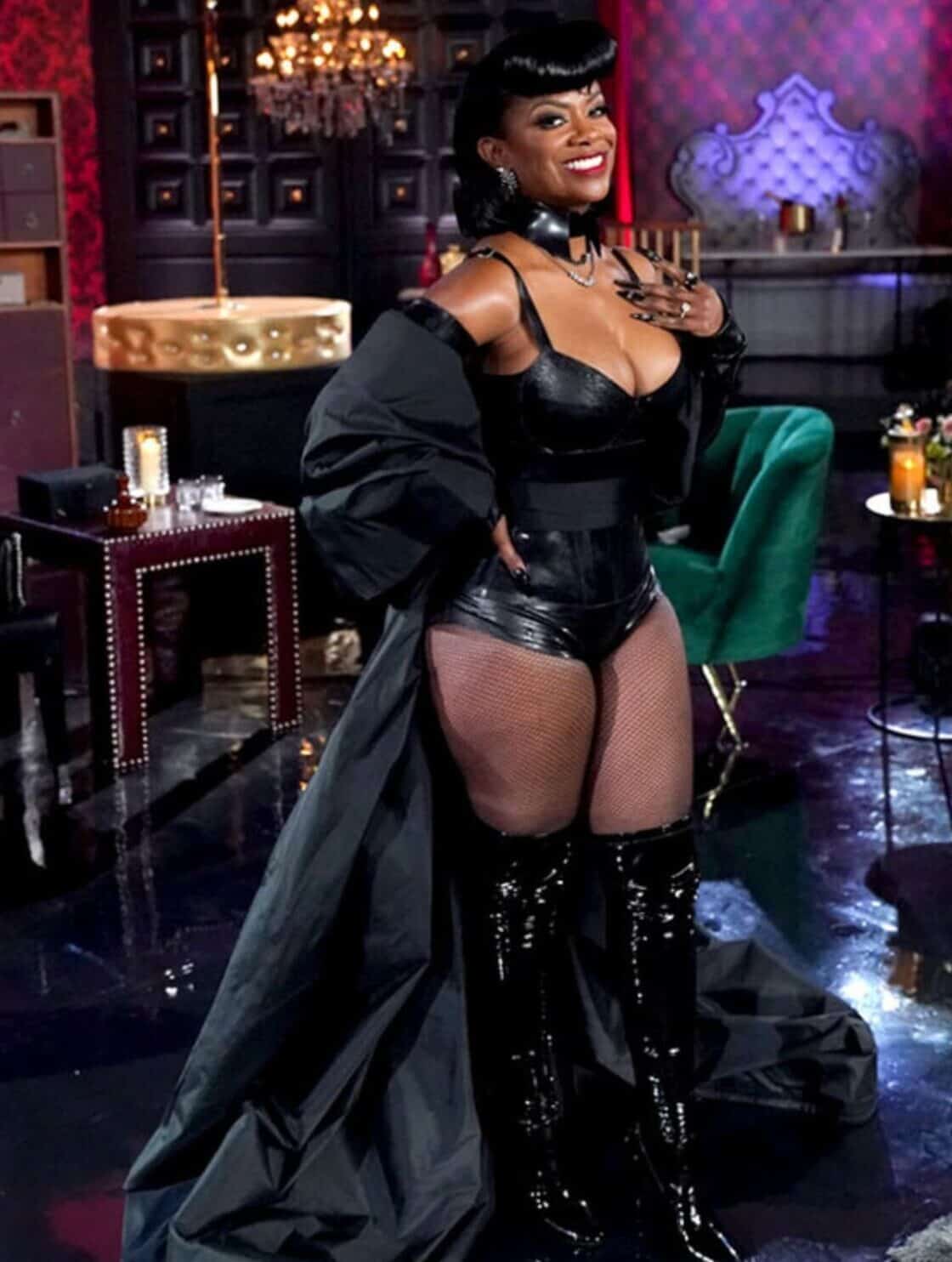 It’s fairly evident Kandi Burruss wanted everyone to know she’s the headmistress in charge with this look! Kandi apparently played it safe – with the ladies at least – and didn’t cause much drama since she’s on good terms with just about everyone. Host Andy Cohen had hoped she would spill the beans about what really went down at Cynthia Bailey‘s bachelorette party, but she reportedly stayed true to her word and made sure everything she knew about the wild night in question actually stayed in the Charleston dungeon. 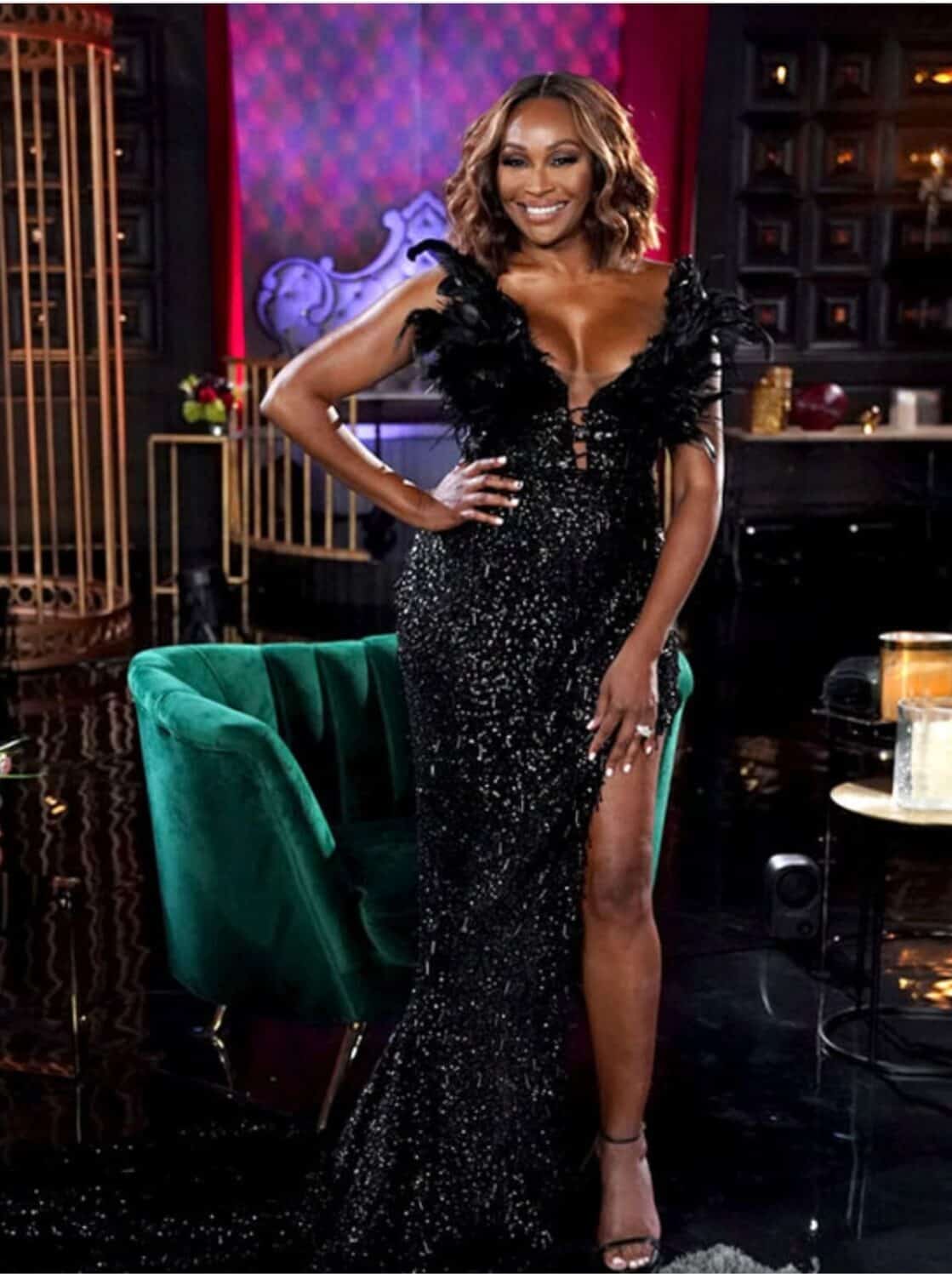 Speaking of Cynthia, she was glowing as usual in this Brides By Nona Couture Atelier number. The newlywed reportedly didn’t have too much to say and minded her own business for the most part. She’ll surely discuss her lavish wedding, though.

Like Kandi, Marlo also went with an interesting leather choice by Monot, Zam Barrett, and Justin Perry. I guess they deserve credit for staying on a theme as much as possible, though. Marlo reportedly tried to stay neutral, which really angered Porsha. Furthermore, she allegedly backed Kenya up and confirmed she also heard sex noises in the Charleston house. 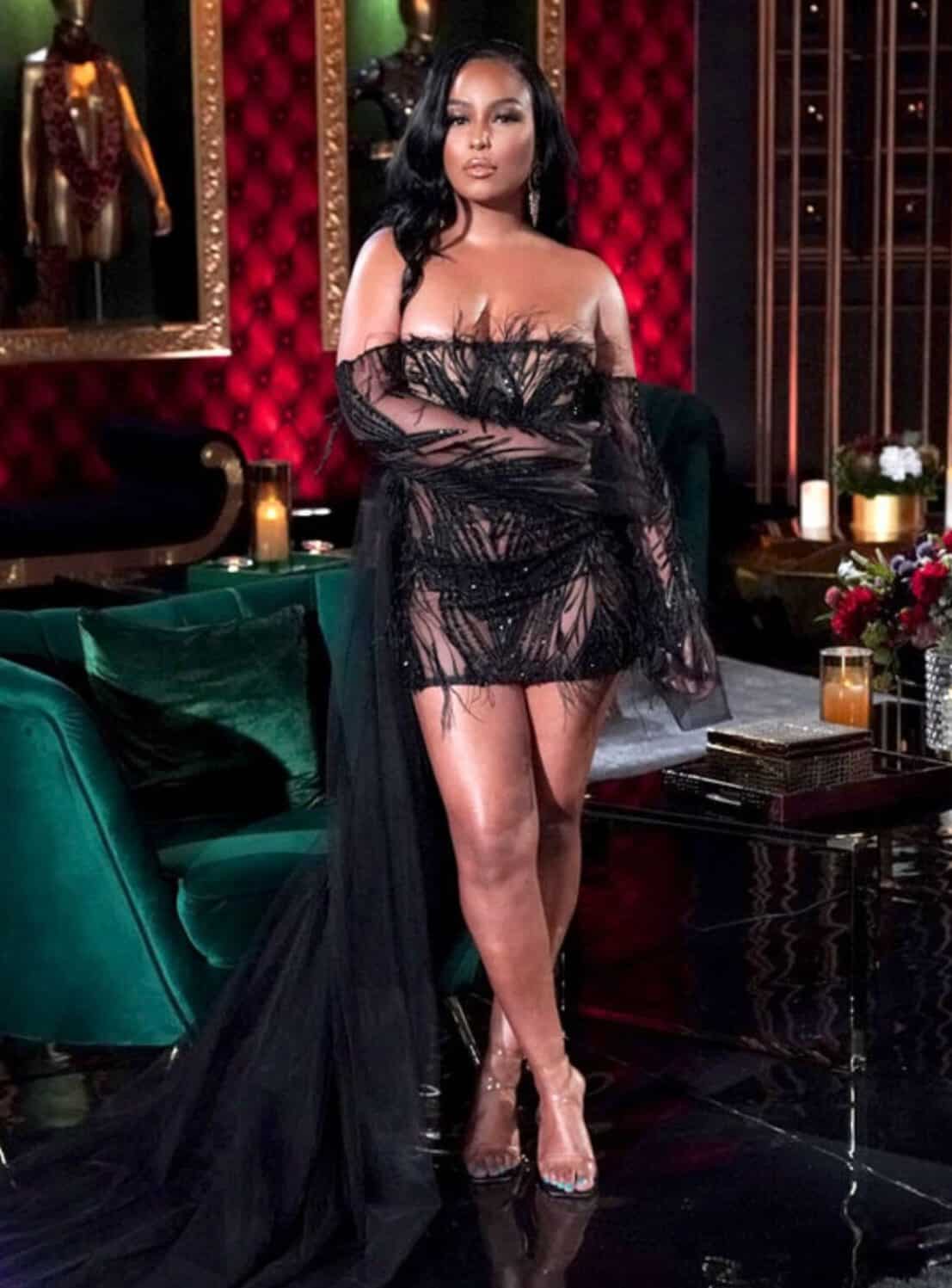 LaToya looks fierce in this short, lacy dress designed by Naomi by Naomi. It’s unclear why she’s not wearing shoes, but it’s possible she wanted to be ready to run just in case Falynn Guobadia popped out from behind a curtain. LaToya was reportedly forced to defend herself against Drew after the actress accused her of promiscuous activity. Apparently, she was also exposed by Kenya, who claimed LaToya used to call her with potential plot lines to use against Porsha and Drew. 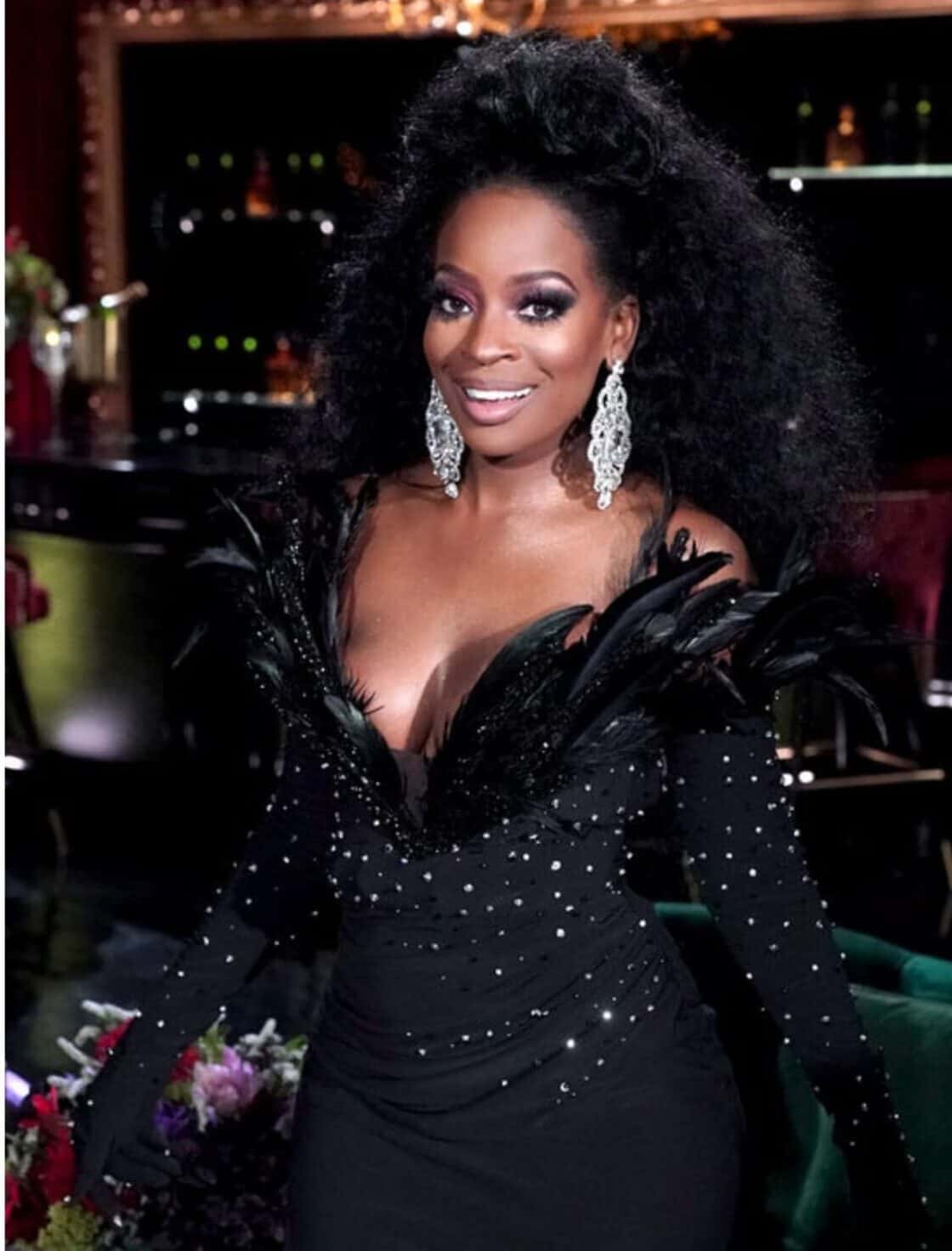 Shamea Morton was all smiles while posing in this feathery Albina Dyla gown. As usual, Shamea stuck up for her friend Porsha and reportedly only offered her opinion when prompted to do so. Tamra Tattles is also reporting that she will return next season in an elevated friend role.