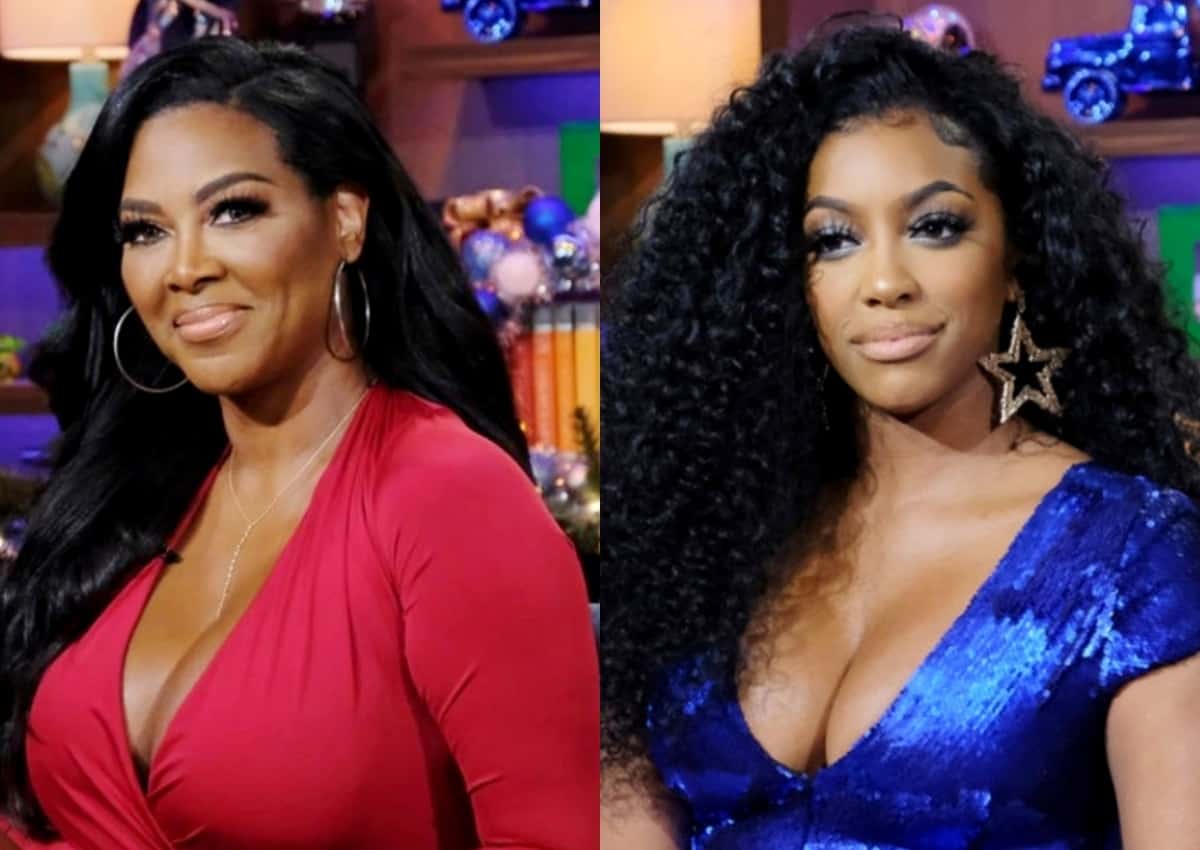 Kenya Moore responds to the “lumpy” body shade her Real Housewives of Atlanta co-star Porsha Williams recently threw at her, and she claims Porsha is two different people. She also discusses her separation from Marc Daly and reveals whether she’s ready to begin dating.

Although Kenya didn’t partake in “strippergate” — allegedly — she’s still in the thick of the drama as she’s determined to investigate the incident and find out exactly who slept with the stripper, Bolo, at Cynthia Bailey‘s bachelorette party. Most of the women are voicing their frustration with Kenya’s investigation because they had hoped to keep their wild night private.

Porsha, who allegedly “screwed the stripper” according to Kenya, recently clapped back at the former Miss USA by shaming her body.

Porsha shockingly added, “I would not have such a smooth forehead and a round a** if I was as miserable as Kenya. That’s why she has lumps, and that’s why her mouth is twisted, and you can drive the bus we were on threw the dents in her butt and in her face.”

In a recent Instagram Live interview with The Jasmine BRAND, Kenya wasn’t exactly asked about the vicious comment, but she offered a response anyway.

“About the comment she made, that’s too easy for someone to go in about someone’s looks and all that,” Kenya professed. “I think all the women on the show are beautiful and we all have our own, unique beauty. We all have flaws, and whatever they are, you just have to own it. I’m not perfect and the last time I checked, I’m the only one that’s an actual beauty queen.”

As for why the former actress is so hurt by Porsha stating that their friendship “don’t matter” anymore, Kenya says she thought they had formed a true friendship behind the scenes, and she claims her co-star is a different person in front of the cameras.

“I was a real friend to her, and for me, it’s what I do off-camera. Forget about what you see on camera, it’s the things that I would do to extend myself and be vulnerable with her off-camera, which to me is the most genuine,” she explained. “The Porsha you see on TV is not who she actually is, and that is what I have a problem with. And I don’t think she is capable of really being a friend to anyone.”

Kenya also addressed the current status of her relationship with Marc following the dramatic February 28 episode. Viewers watched as Kenya was served with divorce papers, but she later revealed that Marc retracted the filing the following day.

“We are not together right now, we’re still separated,” she stated. “We have been going through court issues, mediation, and things like that. And sometimes we hit a brick [wall] and then he’ll react to that I think, where I’ll kind of stay quiet and let people say whatever they want to say. Right now nothing is happening with it. I don’t know what the future holds.”

Though she doesn’t know what’s in the cards for her and Marc, she says she will not begin dating until their impending divorce is finalized.

“If you’ve ever known someone that’s separated, they can go back to their spouse at any time [because] emotions are high when there’s feelings involved, and you just never know which way it’s going to go.”